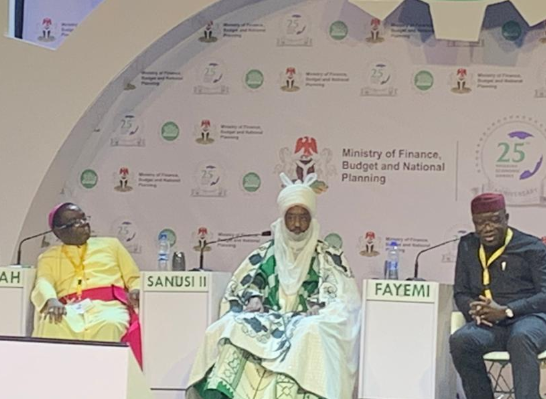 Twitter User, @Satirony Prescribes What Men Must Do To Balance The Scales In Unfairly Built Marriages

Nigeria as a country boasts of a large population, a major reason why it is often referred to as the giant of Africa. While a large population can translate to abundant human resources and economic success, it is not always the case and Mallam Muhammad Sanusi II, the Emir of Kano has said the latter is the case with Nigeria’s robust population size.

While speaking at a panel session of the 25th Nigerian Economic Summit that held in Abuja on Monday, October 7th, the monarch said the country’s robust population, currently standing at over 200 million, is more of a liability than a blessing.

According to him, Nigeria’s increasing population is making the country unsafe for us all. He blamed the growing rate of crimes such as the kidnapping, armed robbery, insurgency, farmers-herders crisis, on the population size of Nigeria, and termed it ‘unproductive population’.

“People talk that our population is an asset but we are yet to get there.

Nigeria’s population is currently a liability because most of the root cause of problems such as kidnapping, armed robbery,

Boko Haram, drug addiction are all tied to the population that we have and the question is how do you turn that into a productive one”