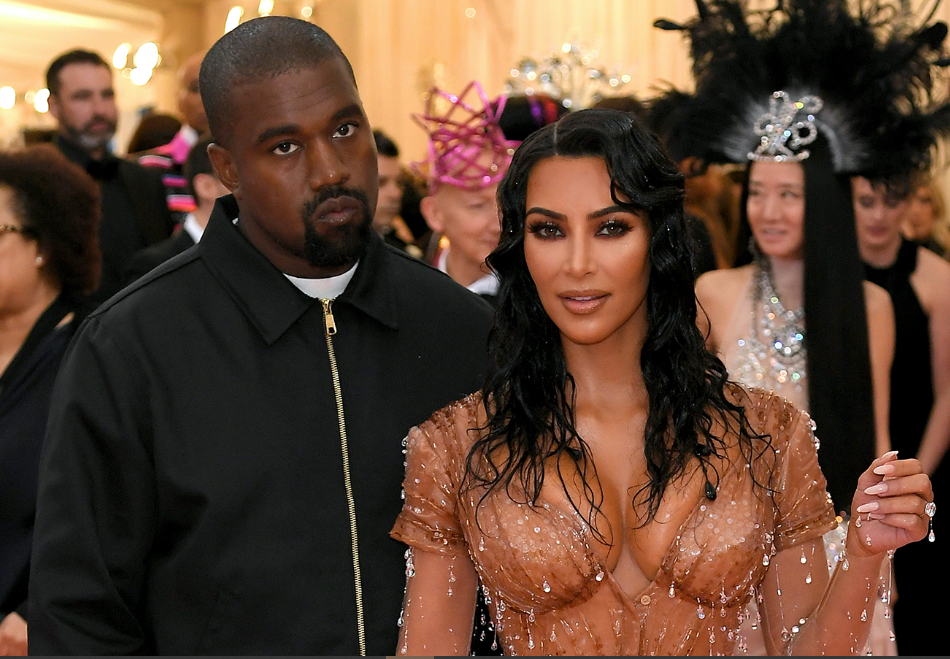 Kanye West has opened up to his wife about how showing her body off is affecting him. But the mum-of-four is having none of that.  On Sunday night’s episode of Keeping Up With The Kardashians, Kim Kardashian is seen arguing with her husband, Kanye about her “sexy” image.  The incident, which just aired last night, was recorded in May when Kim and Kanye were expecting the arrival of their fourth child via a surrogate.

It was the eve of the 2019 Met Gala and Kanye was giving Kim his opinion about the figure-hugging Thierry Mugler corset dress she planned to wear to the event the following day. Kanye told Kim that showing her body off was affecting his soul and his spirit as a married man and father.

“The corset, underwear, all of that vibe, I just feel like I just went through this transition where, from being a rapper, like, looking at all these girls, and looking at my wife, like, oh, my girl needs to be just like the other girls, showing her body off, showing this, showing that.

And I didn’t realize that that was affecting, like, my soul and my spirit as someone that’s married and loved, and the father of, like, now what about to be four kids. A corset is like a form of underwear. It’s hot. It’s like, it’s hot for who, though?”

READ ALSO: Kanye West Describes The ‘Magnetic Attraction’ That Saw Him Fall In Love With Wife, Kim Kardashian When They First Met

But Kim, who had been planning her custom Met Gala look for months, refused to listen, instead, she clapped back at Kanye.

“You knew last night I was having really bad anxiety, and I don’t need any more negative energy for you to now say that you’re not into me wearing a tight dress.”

“You are my wife and it affects me when pictures are too sexy.”

“You built me up to be, like, this sexy person and confident and all this stuff. And just because you’re on a journey, and you’re on your transformation doesn’t mean that I’m in the same spot with you.”

The conversation became awkward for the people in the room with them and Kanye soon stood up and stomped out of the room. Twitter users took Kim’s side on this and said Kanye has promoted Kim as a sex figure but now wants her to change overnight because he has accepted religion.