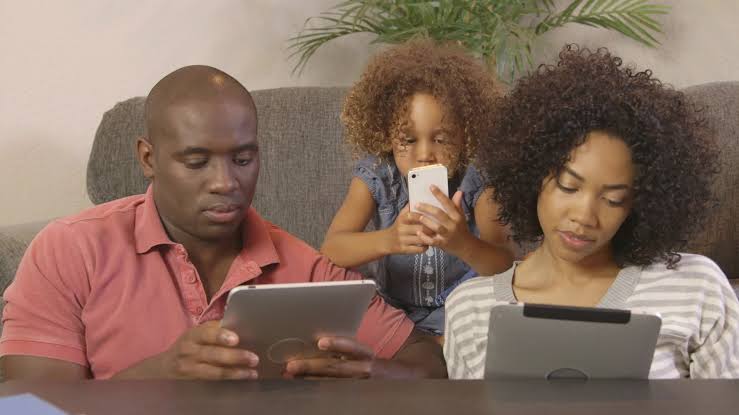 Actress, Joselyn Dumas Faults The Idea Of Judging A Woman’s Character Based Off Her Marital Status

Chioma Uchendu, a consultant ophthalmologist with the Federal Medical Centre, Umuahia, has advised regular breaks from smartphones and other devices like computer and television screens to avoid damage to the eyesight. Uchendu, who gave the advice in an interview with NAN in Umuahia on Friday, said that over-exposure to such devices could cause dry and allergic eyes.

She said that the blue-violet light peeking out from the screen was potentially harzardous to the eyes, and could lead to long-term problems, including blindness.

“It’s advisable to reduce ‘computer vision syndrome’, that is, feasting your eyes on a computer for a long time, because of the rays that come out from there, especially an LED computer, laptop or phone,” she said.

Putting your eyes for a long time on a particular screen is not good because it can lead to symptoms of dryness in the eyes.

Read for a while, at least for about 30 to 40 minutes, then remove your eyes from the screen for about five to six minutes so that you don’t end up with eye strain.”

She advised people who used glasses, including those that did not have refractive error, to use anti-glare glasses, and as recommended by an ophthalmologist. According to her, such glasses will protect the light rays from coming straight into the eyes.

The ophthalmologist also expressed worry over the growing eye problems world-wide, stressing that about 80 per cent of blindness were avoidable or treatable. She, therefore, urged people to consult ophthalmologists regularly in order to know the condition of their eyes.