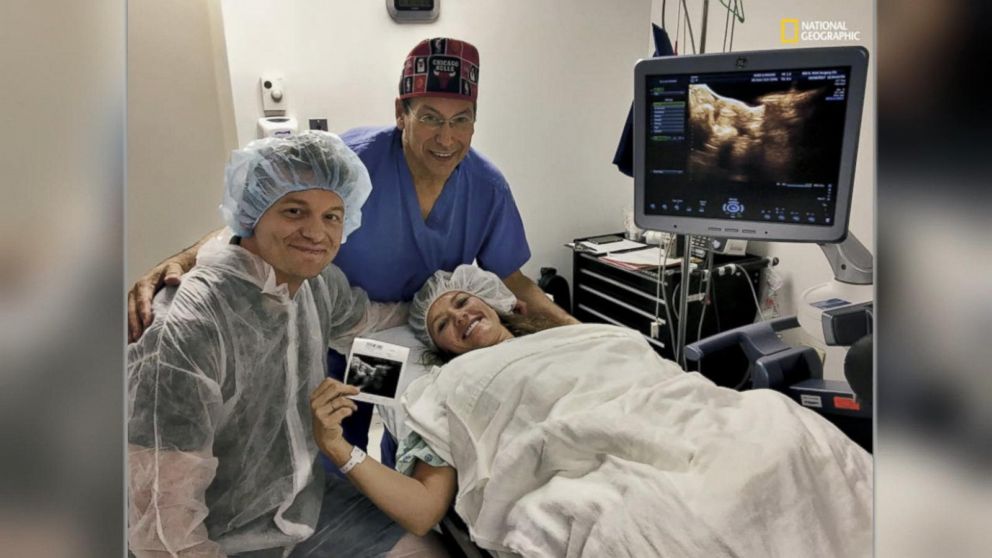 REVEALED: How Married Men Rent Out Their Wives, Children To Rich Tourists

The test is offering new hope to many family’s struggling to conceive. Carolyn  and Tim met three years ago, and say it was love at first sight.

“Literally a month later we knew, we wanted to have children,” Carolyn told GMA. But after two miscarriages, Carolyn, then pushing 40, said the couple sought help from a fertility specialist in Chicago who recommended in vitro fertilization.

Their first attempt at IVF, however, failed too, according to Bilson. She said:

“I think it was just so devastating, because we didn’t anticipate that. We thought the hard part would be getting pregnant, not staying pregnant.”

O’Brien added that the most “frustrating thing” was that “you didn’t learn anything from the previous miscarriage. So, there wasn’t, ‘What could we do differently?'”

SEE ALSO: The Role of Marijuana And Substance Usage In A Couples’ Infertility And Miscarriages

The couple then learned about a new way to tailor fertility treatments specifically to the DNA of the mother, using a test that can help couples figure out the perfect time for conception, based on that DNA.

The Endometrial Receptivity Test uses a tissue sample to look at 238 genes to find out the optimum time for conception, thus increasing the couple’s chance to conceive. For Bilson, that time is two days later than the average woman.

Dr. Ilan Tur-Kaspa, an OB-GYN and the director of Chicago’s Institute for Human Reproduction, described the process as “personalized medicine.”

“This is what we are trying to do here by personalized medicine,” Tur-Kaspa said, adding that you can “make sure” that “the uterus is ready, and optimize a time for implantation.”

The result: Their beautiful baby Westley, who is now nine months old.

SEE ALSO: How Erin Boelhower Became a Mom After 6 Miscarriages And More Than 600 IVF Injections

How This Couple, Bose And Bode Became Parents When Natural Pregnancy Wasn’t An Option

OB-GYN Dr. Jessica Shepherd told “GMA” that this breakthrough new treatment is very exciting to the medical community because it offers another avenue for women who have recurrent miscarriages to potentially get pregnant, when it is something they never thought they could look forward to.

The new technique works by having a doctor take a sample of the women’s endometrial tissue, which you can get DNA from, and from that DNA you can tell what part of the cycle is prime time to take the fertilized egg and implant it via IVF, Shepherd added.

Dr Shepherd said that the ideal candidates are women who have had three or more miscarriages or women over 40, but emphasized that the test is not for everyone and infertility is a spectrum.

One risk of the procedure many women may not take into account is the emotional effects of it not working and you still miscarrying, Shepherd said.

It is a new process and important to go over the risks of the procedure — which can vary per person — with your health care provider.