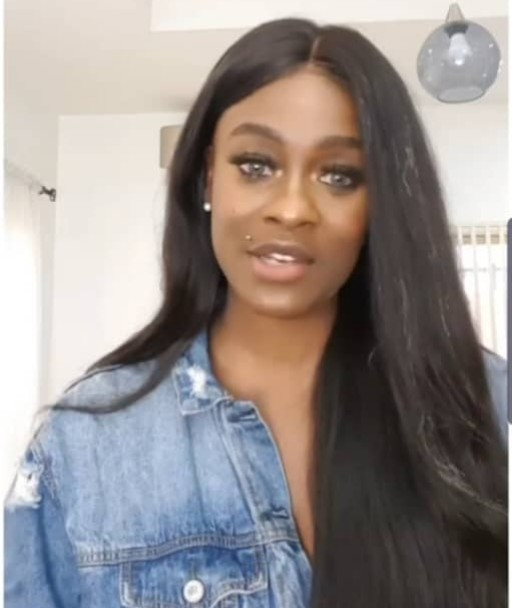 ‘I have thought about having kids the unconventional way’- BBN Star, Ifuennada Says In Response To Uriel

Uriel Oputa has opened up to her followers about her struggles and why she’s considering having a child the unconventional way as a result.The former Big Brother Naija reality star said she has been celibate for almost four years but is now considering having a child through unconventional means because of her mother’s dementia. Anyone who follows the lifestyle of the BBN former housemate knows that her mother is a big part of her life and her mother’s sufferings is something she tries to make light for her.

According to Uriel, December will make it four years since she hasn’t dated anyone. She said she went celibate to save herself from getting hurt again.

However, considering the fact that her mother is suffering from dementia and could soon forget everything, including her children, Uriel has contemplated having a child the unconventional way, rather than waiting until whenever she meets a man and gets married, during which time her mother’s health may have declined.

“My mum… If I leave it any longer and I don’t meet anybody anytime soon, she won’t remember my child.

Even if I were to introduce my child to my mum, and she’s at her later stages of her illness, no connection, she will just… nothing. She’s already on her way out. And that made me angry. It made me angry.

I question my morals in the sense of, I said to myself, ‘what if I wanted to have a child in order for my child and for me to give my mum the chance to have a connection with my child before she goes?’

Because, my mum is going to forget the memories that we cherished together…”

In tears, Uriel narrated a cherished memory she fears her mother will forget.

“And she’ll forget all of that. She’ll forget my name. So while she’s still there just a little bit, would it be such a bad idea for me to have a child?

And that thought crossed my head and I was like, ‘no no no. It’s not culturally… It’s not right culture-wise.

Actress Ada Ameh Cries Out For Help: ‘I Have An Issue That Is Taking My Life’

People might look down at me. People might say, ‘you’re wrong’, ‘I hate you’ or ‘you’re setting a bad example’.

So in what situation does a situation become morally right.”

“Put your self in this shoe, and I’m not saying that I’m going to do it, but if you was in my position, would you say having a child whatever way – artificial insemination or whatever – is wrong? Is it morally right or wrong?

You guys decide and let me know. It’s a very interesting topic and I wanted to share that with you.’