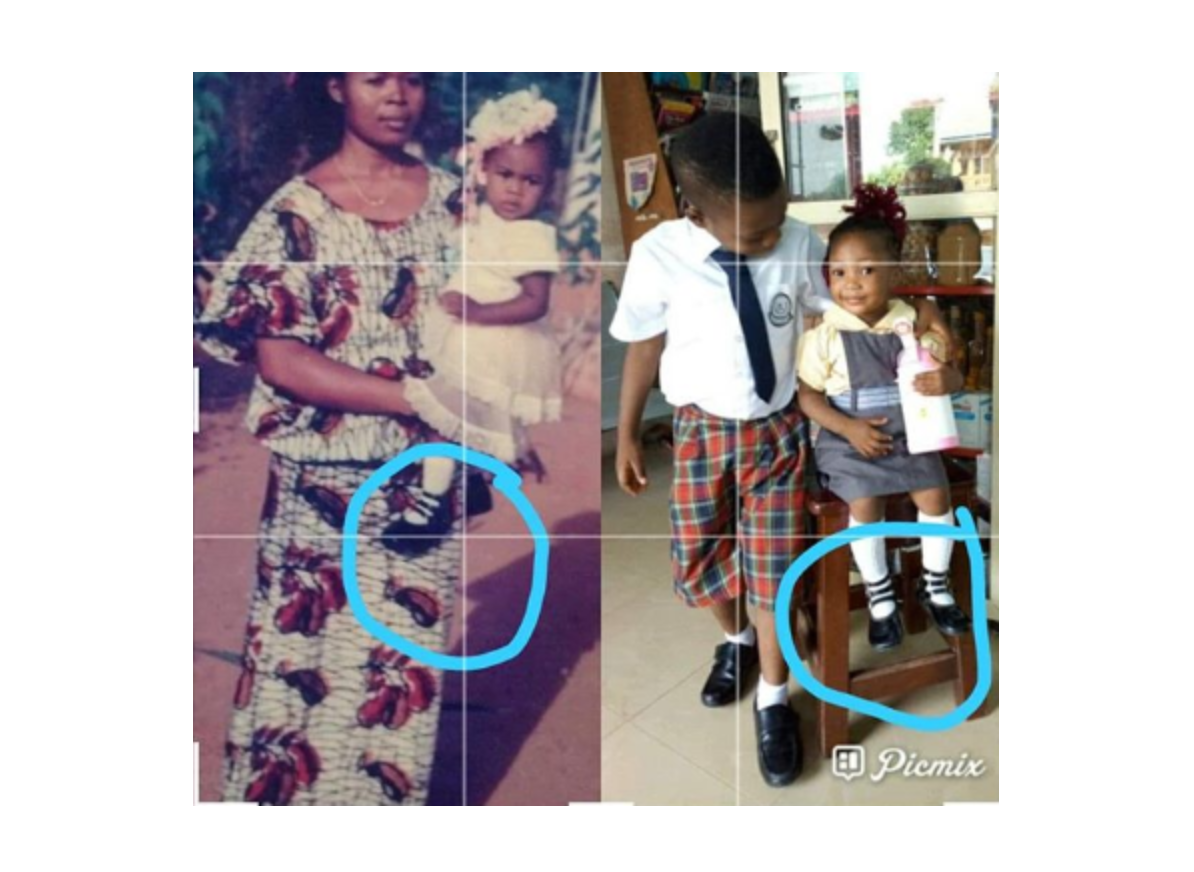 Hollywood Actress & Mum-Of-Three, Niecy Nash And Hubby Reveal Why They Are Calling It Quits After 8-Years Of Marriage

Everybody knows mums are the real; Nigerian mums are even more so a special breedand again we are reminded how amazing they are after a young mum was pleasantly surprused by her own mother.

The young mum @onyii_barbie literally got the surprise of a lifetime after her mother produced the shoes that the former wore on her first birthday thirty-five years ago. The doting grandma had been keeping the shoes since her daughter’s first birthday and was glad to dress her granddaughter in it for school.

@onyii_barbie had no idea the shoes she wore in 1985 still existed until her mother brought it out to dress her granddaughter in it.

Sharing a photo of her wearing the shoe on her first birthday as her mother carried her and another of her daughter wearing the same shoe for school 35 years later, Onyii wrote:

“Hmmmm na so I dey today as my mum dressed my baby girl for school today guess what I saw my mum wore my Ada(daughter) d same shoe I wore on my first birthday which was in 1985 this woman can keep things for Africa. Luv you mum.” 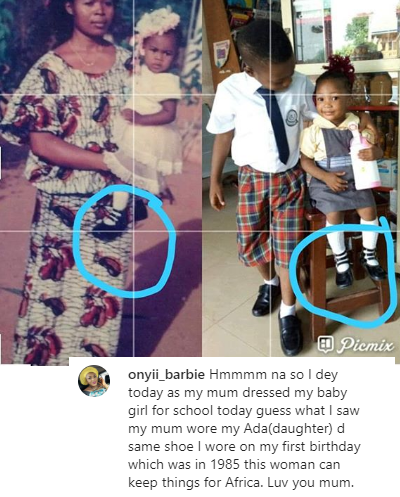