Earlier this month, the Ministry of Health of the Democratic Republic of the Congo (DRC) announced that the 1000th survivor of the current Ebola outbreak was released from care.

The epidemic, which was declared on 1 August 2018, is the 10th Ebola outbreak in the DRC and is also the country’s largest and longest. There have been more than 3000 people infected and 2000 deaths. Dr Tedros Adhanom Ghebreyesus, World Health Organization (WHO), Director-General said:

“Today we have 1000 reasons to celebrate, but for each survivor there are two lives lost. We must harness our joy and our grief to end this outbreak. Even better than a survivor is someone who never gets Ebola in the first place because there is no Ebola to get.”

Each survivor, pregnant women, nursing moms and the rest, has a unique story of how they overcame the disease and the impact it has had on their lives. Among the survivors are pregnant women infected with Ebola and their babies.

Historically, babies born to mothers with Ebola are born already infected with the virus. These infants almost always die. In this outbreak, however, there have been several who have survived.

Here are some of their stories and what WHO and partners are doing to help them to lead healthy lives.

“I didn’t believe Ebola was real. In my life, I had never believed in the existence of the Ebola disease, in spite of everything that I was told about it. I felt devastated after my mother was killed by the Ebola virus disease but I refused to heed doctors’ advice that I should go to the Katwa Ebola Treatment Centre (ETC) for screening, even though my father was hospitalized there.

The day when my illness got worse, I rushed to a private health centre known as Bon Berger. The doctor at this centre also urged me to go to the Katwa ETC, but I refused. I started vomiting blood, but I still refused to go to the ETC.

When I realized that they could refer me to the ETC at any time, I decided to run away. I removed the intravenous perfusion line and sought refuge with one of our neighbours, a police commanding officer. But from there I was made to go to the Katwa ETC during the night.

Dear parents and neighbours, you should know that Ebola does exist. It can be treated if one rushes to the ETC immediately after the early signs show up. I am standing before you as living proof!”

As Kanyere explains, some people in this part of DRC are suspicious of outsiders and are reluctant to seek care from Ebola Treatment Centres. The mistrust is a result of years of conflict in the area and a difficult political context. 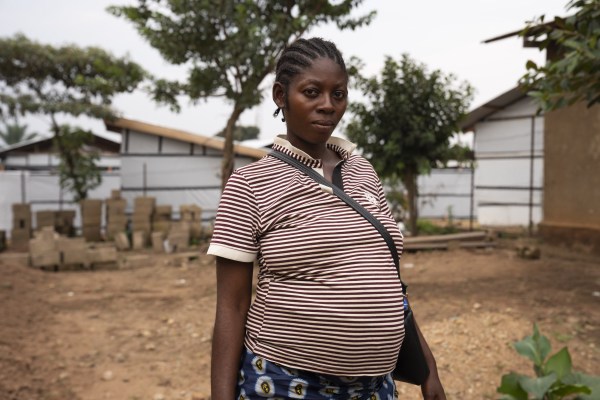 “My husband and I were taking care of a patient in Butembo, we were by his bedside. A few days later, the patient passed away. After the doctor pronounced him dead, he assured us that he did not die of Ebola. Later, after an autopsy, they said it was Ebola.

My husband died four days later. All I can remember is that he died in my arms. A week after my husband’s death, my mother-in-law passed away. After both deaths we were scared. We hid. We knew they were going to come and look for us.

Then, after a few weeks, my first-born daughter fell sick and we had to bring her to the hospital. The doctors told me that I needed to get tested and treated also. During these exchanges, I accepted. I had lost a lot of family members already and was five months pregnant. I accepted to be cared for and went in for treatment.

My daughter passed away. This is my third pregnancy. I am now healed. I now tell others the same advice I received. I tell them if they do not feel well to go and get treatment, I tell them that I received treatment and I am cured now.”

SEE ALSO: ‘Ebola Did Not Affect Our Intimacy’ – Husband Of Ebola Survivor Who Just Had A Baby 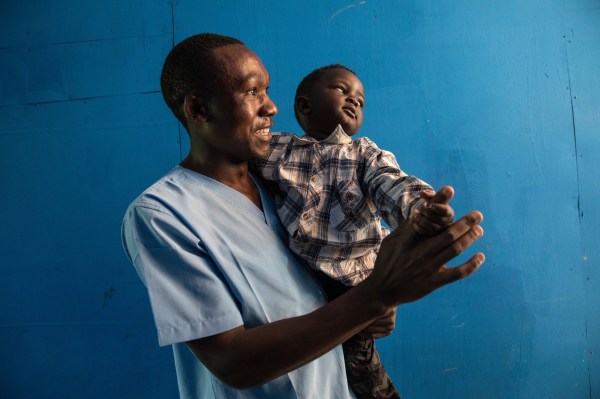 “It all started with my son. He fell ill and we went to a local hospital. A patient touched my baby and he was contaminated after 2 weeks. We did not know it was Ebola; we were ignorant. We went to another general hospital and after 2 days my baby died.

In November 2018, my wife fell sick and we thought it was poison. We went to see a traditional doctor who tested her and confirmed to us it was poison. He tried to cure her, but after one week my wife died too.

After this, my mother became sick as she was close to my wife. We started doubting it was poison. At that point, friends working for the response intervened. My mother did the swab test and they found out she had Ebola. But by that time, she was very sick and died in the hospital.

At this point, my dad and I went to the Ebola Treatment Centre and found that we both had Ebola too. We stayed 17 days at the ETC in November 2018. We both survived. I saw other lullaby singers helping parents with children and that’s when I decided I also wanted to help others.

I have been working as a lullaby singer (survivors who work at the Child Care Centre in Butembo caring for children whose parents are receiving treatment in an Ebola Treatment Centre) for 6 months now and many babies have come to the centre. I work 6 days a week; it’s a difficult time for me but caring for babies gives me a purpose in life and I feel very proud.”