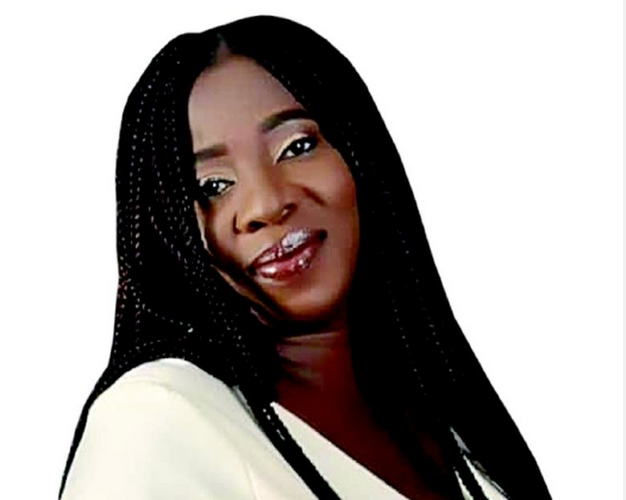 Social advocate, Olutosin Oladosu -Adebowale in a chat with Vanguard opened up on her life as an abused woman and how she was able to pick up her pieces from trash to treasure.

Olutosin is the founder Stars of Hope Transformation Centre, an initiative that believes in turning what is regarded as trash to treasure. She specialises in empowering women in life skill and economic survival strategies through the trash to treasure initiative.

An initiative that makes women transform trash into assets and training children on prevention of sexual assault. Working with fabrics to create beautiful art, bags, among others, Tosin says, transforming the lives of the abused women positively was what informed the trash to treasure initiative.

See excerpts from the chat below…

What exactly is trash to treasure?

What informed this laudable initiative

I was an abused woman; I was treated like trash. So after that treatment I used to think that I was actually not good for anything, maybe people treated me like that because that was who they thought I was but it got to a point that I began to see some good things about me and what I could do.

In order words, I had to change my mindset. I now began to use what people considered as trash to something so beautiful and precious. My thought was to change the narrative from what people think things should be to the way I think people should see things.

If I could make something out of nothing that people thought I was then, I should be able to treat things differently. And I should be able to turn my life around and become what I will be proud of. When I look at what I create, it boosts my self-esteem and I look at those things and I then turned them to treasure.

READ ALSO: Education Advocate, Mariam Momodu Pushes The Frontiers For Women Who Are Scared To Break Boundaries With Her Incredible Success Story

Who are your audience?

I work with women who are abused, who share similar experience with me, women who were beaten and battered. I used my experience to change their mind set.

What we do is to go to tailor’s shop to pack those materials considered as waste. Most women I am working with are those who have been thrown out by their fathers, husbands and even their sisters. When I created things, some of them would walk over them the same way people walked over those women.

We have seen situation where men walked over their wives. And for women in our organisation, turning those trashes to treasures, they would point at some of the art work and say, this is a replica of the way they were abused and thrown out of the house by their husbands, fathers or even family members.

For instance, whatever art work I made, those women look at it and say “he threw me out just the way that tailor threw away her waste. It will interest you to know that those wastes are what we are able to turn to beautiful things.

For them, if some women could survive domestic violence and become great ambassadors, they can also survive. They love what we produce, they embrace it and many of them make a living out of it.

7 Miscarriages In 6 Years Of Marriage: Anambra Couple Share Their Incredible Journey To Becoming Parents To Triplets

I started working at ibasa about eight years ago, it is a community that was neglected just the way men allegedly neglect their wives, I went there for a program and I just love the place. I saw the pains in the eyes of the women. No hospital, no road, no bridge, no secondary school, no market, no police station and no essential amenities. My concern was that, I needed to be among those people.

That was the time, I started my programme in Ibasa. The women and the girls of Ibasha were eager to learn and then they became my sisters. We started programs for the girls. Today, there is a programme running currently called ‘Saturday with Olutosin and the girls’.

Amazingly, Funmi Iyanda sponsored the programme and we started a training for women and now to the glory of God we built our center there. We have our animals there, we raise money locally and we did lot of things with women.

How do you think government can empower more women?

If I give to a man, there is no guarantee that the wife and children will eat out of it. Nobody needs to advice any government, will they listen?, will they read?. Advising them is like a waste of time, they see what we are doing and they also know what is happening in the society.