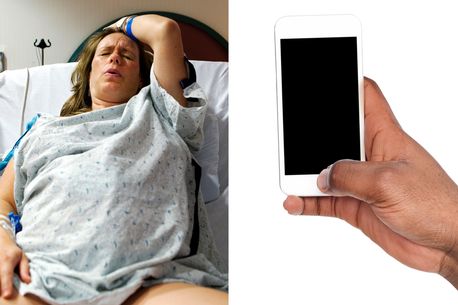 Childhood Chores Not Helpful In Development Of Self-Control- Study

For many people, giving birth is an incredibly painful and personal experience – and not necessarily something they’d want captured on camera. One mum was particularly gutted after she claimed to have had an especially traumatic experience in the delivery room, which was made all the more horrific, thanks to her mother-in-law.

The unnamed woman known only as crimson_memories_ in a post on Reddit, recalled the events and how they resulted in her taking drastic action. The mum-of-two revealed how during her first time going into labour, her partner’s mum thought it would be a great idea to film her giving birth without her permission. The older woman then proceeded to show the footage to complete strangers, much to the new mum’s horror.

She says she was in the middle of giving birth when her mother-in-law ran into the room.

“I was in the middle of pushing when she ran in, this being my first child and being in labour for so long with no pain meds or rest or food/water I was drained,”

“The moment my daughter was born was the moment I noticed that MIL had her phone out and was recording my ENTIRE birth! From my pushing too the stitching process (I tore 100 pe cent).

“I asked my MIL to delete the video, and she promised she did.”

However she would soon discover her mother-in-law had lied and kept the video. She continued:

“A week later when we went to visit her I found she was showing random strangers this video and many of these strangers were men that she barely knew.”

In the end, the fraught mum decided she had no choice but to take her mother-in-law to court over the whole thing.

Thankfully the legal battle had the outcome she wanted and the footage was deleted once and for all – but her relationship with her partner’s mother was ruined.

“After that, she wasn’t allowed near me nor my daughter.”