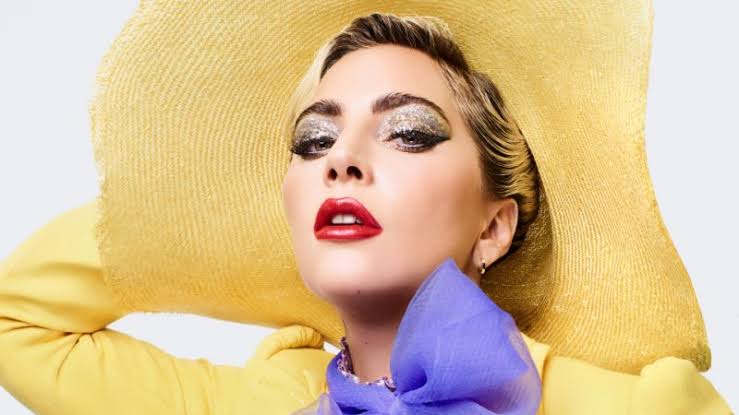 American singer, Stefani Joanne Angelina Germanotta, known professionally as Lady Gaga is the cover girl for Elle’s December Issue. Gaga sat with media mogul Oprah for the interview where she discussed her exponential career path and her battles with mental health issues. The two women consider it a personal quest to lift the stigma and shame that can surround mental illness, and the role that each has played in opening up the global dialogue is undeniable. Here, Gaga opens up to her hero about her personal growth from both pain and kindness.

Oprah: I first interviewed you almost 10 years ago in 2010 on The Oprah Winfrey Show, and I could see then and feel, energetically, you blossoming into yourself. You were at this moment where you were wide open to your own self-discovery and self-expression. How have you become more of yourself in the past 10 years?

“I think as my career has grown and changed and I’ve done different things, I’ve become very mindful of my position in the world and my responsibility to humanity and to those who follow me.

And I consider myself to be a kindness punk. I look back at everything I’ve done, and I look at what I’m doing now, and punks, you know, have a sort of reputation for being rebellious, right?

So for me, I really view my career, and even what I’m doing now, as a rebellion against all the things in the world that I see to be unkind.

READ ALSO: Hollywood Actress, Selena Gomez Reveals What She Had To Do To Restore Her Mental Health After She Hit Rock Bottom

Oprah: When you look back on the past 10 years, at what moment do you feel that you were most able to express that kindness heals all things?

“I think it really started with my relationship with my fans. Looking out into the audience and seeing so many people who were like me, people who felt different, who didn’t feel seen or understood.

And then also seeing a lot of kids who felt afraid to be open about who they were, it became sort of an existential experience for me, where I thought about what it means to be an individual—I wanted to fight for those individuals.

I actually said this the other day on social media. I said, “I didn’t do this for fame, I did it for impact.” And that’s the truth.

I recognized very early on that my impact was to help liberate people through kindness. I mean, I think it’s the most powerful thing in the world, particularly in the space of mental illness.”

Gaga in another part of the interview shared how she had been suffering from PTSD, a mental health condition that’s triggered by experiencing or witnessing specific traumatic events. The 33-year-old then encouraged anyone going through something similar to seek out mental health resources.

“I would also beckon to anyone to try, when they feel ready, to ask for help,”

“And I would beckon to others that if they see someone suffering, to approach them and say, ‘Hey, I see you. I see that you’re suffering, and I’m here. Tell me your story.’”

She also admitted indulging in a lot of self-harm in the past by cutting herself as she suffered mentally but also revealed that she figured later on that it was not the best way to communicate to her loved ones that she needed help.

“I was a cutter for a long time, and the only way that I was able to stop cutting and self-harming myself was to realize that what I was doing was trying to show people that I was in pain instead of telling them and asking for help,”

“When I realized that telling someone, ‘Hey, I am having an urge to hurt myself,’ that defused it. I then had someone next to me saying, ‘

You don’t have to show me. Just tell me: What are you feeling right now?” And then I could just tell my story.

I say that with a lot of humility and strength; I’m very grateful that I don’t do it anymore, and I wish to not glamorize it.”

Oprah: This is my last question: What do you believe life is asking of us?

We’re in trouble, and we have been before. But I think life asks us amid these challenges, this hatred, this tragedy, this famine, this war, this cruelty: Can you be kind and can you survive?