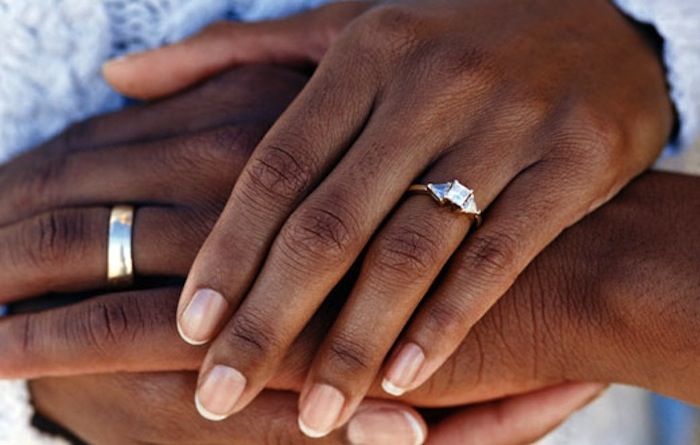 Vlogger, Sassy Funke, Shares 5 Things Nigerian Women Should Never Do Or Stop Doing For Their Men

Intending couples in Nigeria will now have to comply with new directives mandated by the members of the House of Representatives before marriages can be contracted.

As part of efforts to prevent the spread of the sickle cell disease, the lawmakers have okayed compulsory genotype testing for intending couples. The House charged government registries, churches and mosques with demanding the tests before joining persons as husband and wife.

This is part of the resolutions passed by the lawmakers at the plenary on Thursday when they unanimously adopted a motion moved by Mr Umar Sarki, titled ‘Call on the Federal Ministry of Health to develop an efficient system for management of sickle cell disease in Nigeria’. Adopting the motion, the House called on the Federal Ministry of Health to introduce free and compulsory new-born screening programme, which will include screening for sickle cell disease in all hospitals in Nigeria.

READ ALSO: Why intending couples with AS each shouldn’t marry’ -Medical Director, Dr. Ejike Ihenacho Gives Expert Counsel On The Genetic Anomaly In Some People

The House also called on the ministry to provide free treatment and counselling service to patients with sickle cell disease, while asking it to

“sensitise religious institutions and the judiciary to include results of genotype tests as one of the conditions for marriage.”

They also urged the Federal Ministry of Education to include sickle cell education in science subjects in all primary and secondary schools, while mandating the House committees on Health Care Services, Information, National Orientation, Ethics and Values, and Basic Education and Services to ensure implementation of the resolutions.

Moving the motion, Sarki said, “Archaeological and genetic findings have shown that sickle cell disease has been with Africans for the last 12,000 years, yet not much has been done in the continent to manage the scourge.

“Data from the Centre for Disease Control and Prevention has shown that Nigeria has the largest population of people with sickle cell disease in the world, with about 3.6 million patients and 150,000 babies out of the estimated 300,000 babies born into the world with the disease every year. Meanwhile, the House has called for the rehabilitation of the primary health care centres across Nigeria.

The call followed the adoption of a motion moved by Mr Taofeek Ajilesoro, titled ‘Rehabilitation of primary health care centres across the 36 states of the federation and the Federal Capital Territory for effective health care service delivery.’

Adopting the motion, the House urged the Federal Ministry of Health to commence the rehabilitation and equipping of primary health care centres across the 36 states of the federation and the FCT for effective health care delivery.

On Thursday also, the house approved the virement of N100m meant for personnel cost of the National Assembly Service Commission to capital and overhead costs. The approval at the plenary followed the adoption of a motion moved by a member, Mr Sani Bala, who said the personnel for which the money was appropriated had not been engaged.

“The House notes that in 2019, the NASC budgeted the sum of N100m for its personnel cost for the payment of salaries and allowances of the expected new members of the commission.

“The expected new members have not been appointed and are not likely to resume before January 2020, thereby leaving the sum of N100m as the commission’s personnel cost may not be utilised by the end of December, 2019.

“It is mandatory for all ministries, departments and agencies to return all their unspent personnel cost to the Treasury Single Account by the end of December, 2019.

“The commission is in dire need of funds, as most of its furniture and sundry office equipment are in poor condition as they were purchased over 10 years ago.”’

See a genotype compatibility photo below: 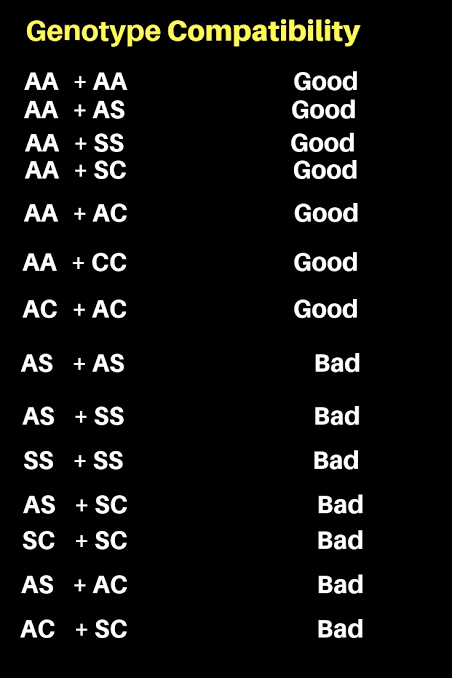