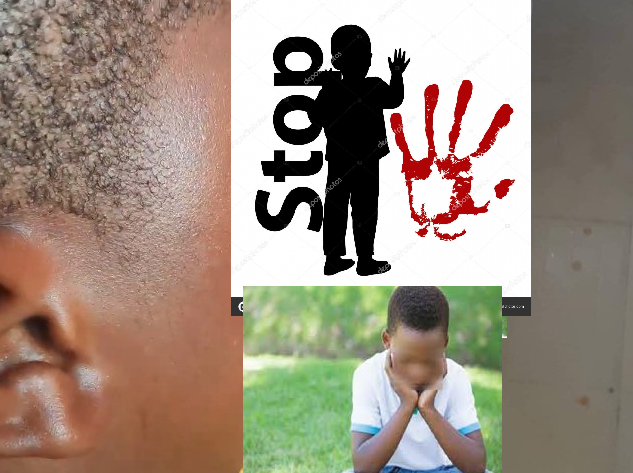 The menace of child sexual abuse is reaching a height and all parents should employ more vigilance as well as educate their wards on the increasing dangers of child sexual abuse out there. The plight of the girl child has always been one of concern on many fronts but the story of a 9-year-old Nigerian boy (names withheld) is a rude awakening that the boy child may not be as untouchable as many would like to believe.

The unnamed 9-year-old kid told the sad story of how his teacher constantly defiled him and his other classmates, leaving him with a leaking anus. Facebook user, Diana Mary Nsan, who shared the story online, said the teacher’s evil act came to light after the 9-year-old boy was seen bleeding from his anus by his family maid who then informed his parents. The parents questioned him and he told them what the teacher has been doing to him during school hours for sthe least a year.

READ ALSO: “Warn your children against inviting rapists through their dressing” – CAN Admonishes Parents On Protecting Their Kids From Rapists

Diana also shared a video of the little boy recounting how the accused teacher repeatedly defiled him and his classmate. The little boy narrated how the teacher would always force him to his apartment within the school premises to rape him and how the teachers he complained to never listened to him.

This is a real life story, of one of the most handsome 9 year old boys I have met.Hes a smart kid, and very articulate.We are seeking redress in the court of law ,although my conscience knows the truth.

Parents and guardians welldone for all you do,but We have more work to do.
If your kids show withdrawal,outright refusal or sadness going to school or somewhere they visit often,be it a family members house or worship area,pls do not hesitate to investigate.
Abusers are everywhere.
They will intimidate and beat your kids to fear.
Not just ur kids,any kid is yours.

The PTA chairman told me I am trying to run down someone’s BUISNESS as I stated my fear for other kids who may be victims of abuse in that school.

I was in awe of the fact that people, adults tried to ask this child ,if he is sure that the school master defiled him ,even when this bruised son was in tears ,clearly saying his truth, pointed out locations of abuse,including the house masters room. No wonder victims are made to look like they are not ok.

This cute son was dripping blood from his anus,his nanny had to report to mummy ,and they had to squeeze truth from him,as he had been threatened to fear.He finally spoke.

From April last year, this abuse has been on.
How can you defile a boy from 8 years to 9 years until the anus is bleeding?
SODOMIZING a minor!

I am sharing this story, to enlighten us all,not to be too comfortable with the places and people we entrust our kids.
Now, Every room and parlour is a school,and just anyone is an employee (cheap labour)
Anybody is a nanny

My heart is in tatters,my mouth has lost taste .

PLS NOTE
Because the court is yet to sit on the matter,
We will call these allegations for decorum sake.
But here is a short testimony and few photos
Of what has happened .
Pls say something, is this right in any form? Should a child,any child go through this?

Thank you #Nigerianpolice for all the actions you took, you were quick to respond.
Thank you James Ibor for advocacy

We must always stand against wrong.”

Watch the video and see another photo below: