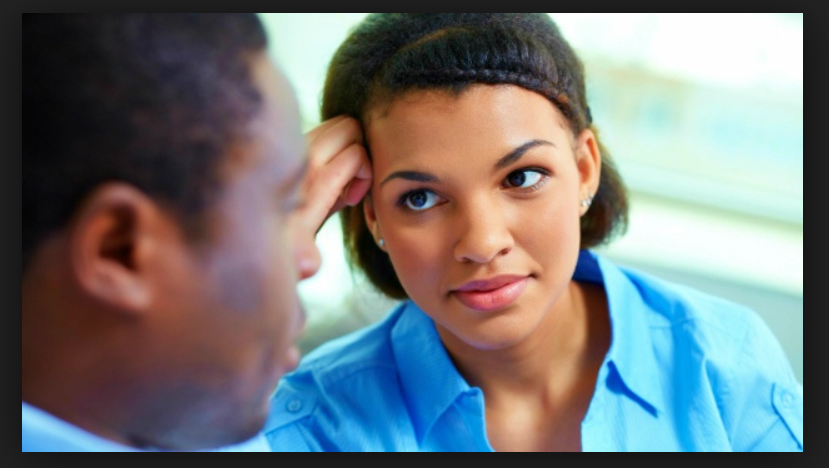 I forcefully made my husband who had become too financially dependent on me wake up and start taking meeting up with his responsibilities as the man of the house.

I have this cousin who got married before me. She and I were very close. We always talked and and did things together.

When she got married, she practically took up the the financial responsibility of her marriage without making any demands off her husband because she had a stable and fairly good paying job, not minding the fact that the hubby was doing and taking care of their needs before marriage.

READ ALSO:Dear MIMsters: My FIL Has Overstepped His Boundary For Doing This In My Home

My cousin took up the cost of  renting their new apartment, furnished the place and even bought a used car from her company which she was paying for monthly from her salary.

This made my cousin’s husband get so comfortable and to start avoiding any responsibility that had to do with their home. I learnt a great lesson from this and promised myself this won’t happen to me. My cousin has been complaining bitterly about her hubby to me, even up till now as the guy has refused to change.

Fast forward to my own wedding, hubby didn’t have a concrete job and his income was very low such that it couldn’t sustain us as a family. So, we decided to migrate to another country immediately after our wedding for greener pasture.

At this time, I had a very good and well paying job. So we started the preparations for the wedding including getting him his international passport and other documents for his travel. I funded 70 percent of the cost of the wedding, thinking we’ll be okay once we get married and hubby travels out. But immediately after our wedding, stories changed and hubby started getting comfortable with my salary.

Suddenly, I took in immediately after the wedding and he refused to proceed with our original plans which was for him to first leave the country and I would join him later. Instead, hubby would stay at home, do all the house chores and wait for me to come home at night.

Later, I discovered that he had stopped the process of his securing his international passport and had been deceiving me the whole time. I had to quickly talk to myself that I can’t cope with this kind of lifestyle.

As the pregnancy advanced, I kept reminding hubby to purchase the items that we will need for the baby’s arrival. He kept on making promises but did nothing until when I was due for delivery. I had made up my mind to make him take up his responsibilities whichever way, so when it was time for me to go on my antenatal leave, I gently resigned my appointment with the company.

Hubby nearly killed me and went to report me to my parents and my sisters but I stood my ground, knowing what I was doing and also having it at the back of my mind that I am the one in the marriage. As you lay your bed, so you’ll lay on it.

Even though my office is situated at Marina and I could have easily trekked to Balogun market to get my baby’s things, I remained adamant and refused to buy a single pin. So on the day I went into labour, hubby ran away telling me he wanted to go look for money. He left and I was home alone knowing I couldn’t go to the hospital without the essential things needed for the hospital bag!

My sisters rallied round to get little things for me and the baby. It was later hubby called his mother and she stormed into the hospital with all the baby things I needed and even in excess. The naming went so well with foods and drinks in abundance and the money I saved in my account sustained us for a little time until hubby woke up to his responsibilities and looked for a means of livelihood.

Ever since, he’s been so responsible. Yes, we both suffered for a little while but I thank God that I took that decision and suffered for a while to correct that anomalies of a woman carrying all the responsibilities of the family. These encumbrances can age a woman fast and make her look tattered.

READ ALSO:  MIMsters: I Didn’t Listen To My Mum When She Warned Me About Susan, And I Paid Dearly For It (Part Two)

Later, I took up a teaching job at my kid’s school and also started doing so many other businesses that fetch me money. Now, we pull our resources together and we just have a single account which is solely managed by me. Hubby is so responsible now that even if he wants to have a haircut, he’ll come to me for money because he doesn’t have a purse of his own. He empties his pocket for me once he comes home from work and he trusts that I’ll manage the resources well. Even my own money also goes into the home running because I know hubby doesn’t keep a penny away from me. I’m not saying this will work for everybody but I thank God it worked for me and hope it’ll help someone out there especially women just who are going into marriage or are already in it!