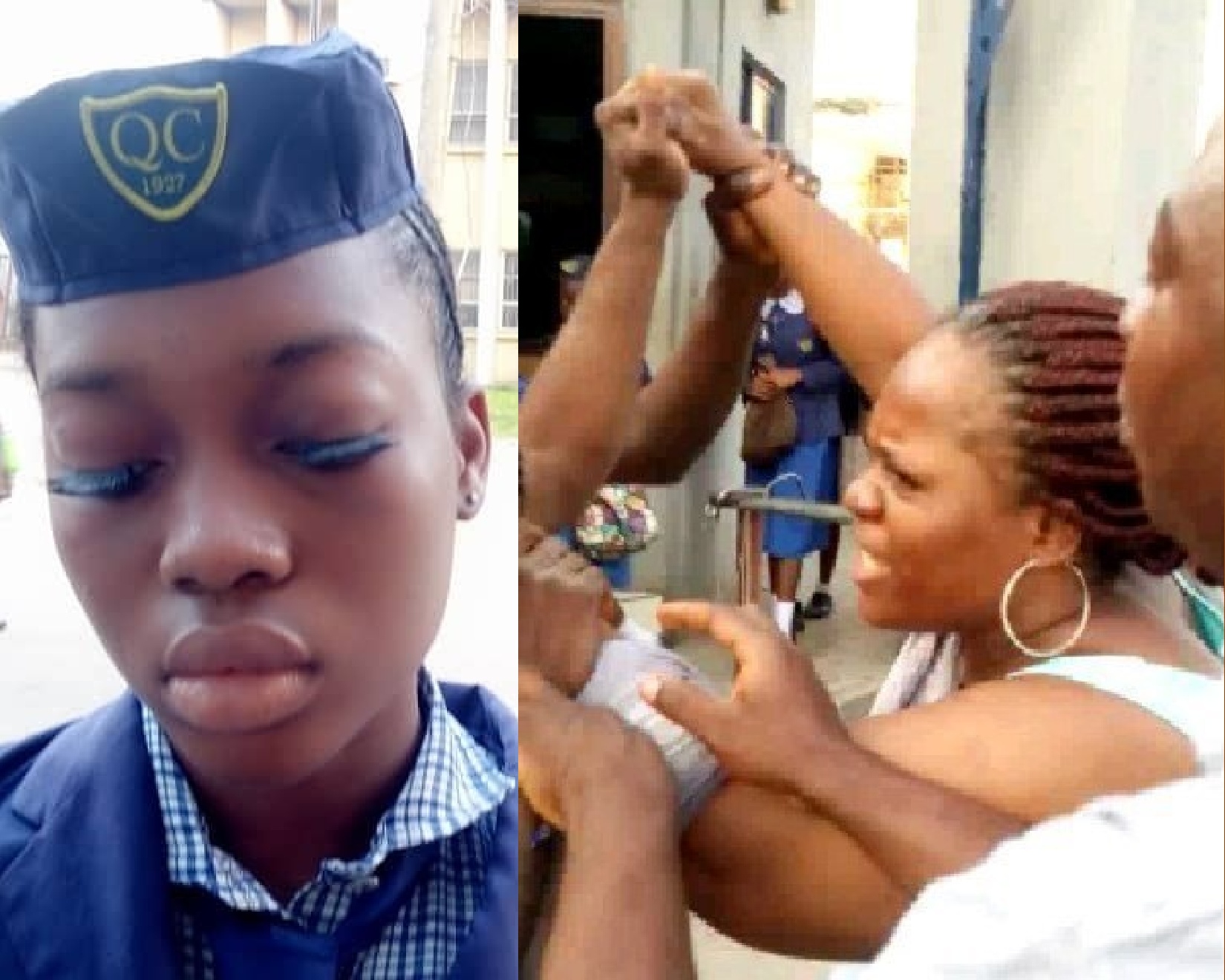 There are two sides or more to every story as the popular saying goes. A new side has emerged on the story of the unnamed Queens College student whose mother stood to her defense after staff at the school ‘humiliated’ the teenager for flouting school rules.

Recall that the viral video made rounds earlier this week, showing the distressed mum of the student in physical altercation with a security staff of the school.  The teenager at the centre of the embarrassing situation showed up at school wearing prominently false eyelashes and nail varnish and was turned back at the school gate as a result. Read here.

The child’s mother had reportedly returned to the school with her daughter attempting to offer an explanation as to why the teenager showed up at school inappropriately.  Many commenters chided the mum for being an enabler of her daughter’s indiscipline after the viral video showed her in physical altercation with the school staff, but an ‘insider’ has now painted a completely different picture of what truly transpired.

The insider, named, Ejiro Ogbeni shared that the school staff had been overzealous and acted poorly. She claimed that her close friend who teaches at the school gave details that the female student was part of a school play that required her to wear fake eyelashes. According to Ejiro’s account,  the girl was not able to remove the eyelashes immediately after the play for obvious reasons.

When she was turned back at the school gate the first time, she returned home to her mother who then followed her back, hoping to be heard but the staff resorted to humiliating her child to which she then reacted as a mother.

This new version of the story further claims that Ejiro’s friend who teaches at Queen’s College revealed that the girl in question is about the  most outstanding student in her class, morally and academically. It was further said, that the school management is in on the matter and making efforts to resolve the unfortunate incident. 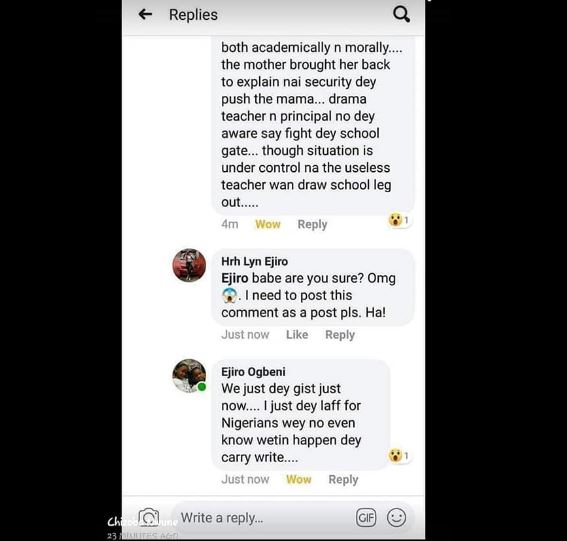 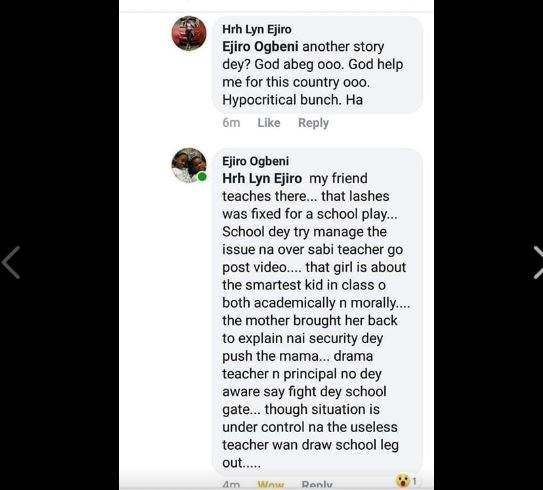