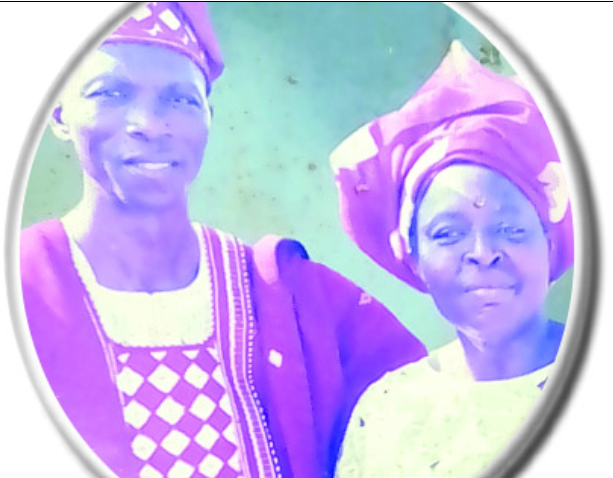 Child Brides: Emir of Shonga, Haliru Yahaya On Why Northerners Are Resisting The Legal Age Of Consent

Rev. and Mrs. Stephen Oluwole Falohun of Hope Christian Centre, Oke Odo, Lagos, have been married for 32 years now and blessed with three children. Recently, they spoke with Daily Sun on the secret of their successful marriage and also shared some valuable advice with intending couples.

Husband: We met in church because we worshipped in the same church and she happened to be the daughter and second child of my pastor at Surulere Baptist Church, Lagos.

Husband: It is God. If I have to say this is what attracted me to her, it means I married her on condition. Supposing that thing is no more there? What attracted me to her also was just the love we had for each other, but through prayers God directed us to each other. We have been long in that church, but I didn’t know I could marry her. We had good relationship and later God worked it out in a way that is beyond human understanding.

Do you come from the same village?

Husband: No, we don’t come from the same village. She is from Kogi State while I am from Oyo State, but we grew up together in Lagos and got married.

So, how did you react when God told you she was your wife?

Husband: I want to be honest with you. Through prayers when God told me that she was my wife, I rejected it, because I looked at myself that who am I to marry the daughter of my Pastor? The pastor who is among the high pastors in Baptist circle. But when I approached her, and told her What God said, she accepted. When the hand of God is in something, there is nothing one can do.

When he approached you for marriage, how did you feel?

Wife: My mind did not go well with it.  I felt bad because I told God that I did not want to marry a man I am older than in age. He was having a small stature, so I felt I was older than he is. I prayed, because I was afraid to go from one man to another.

So, I engaged a man close to me to fast and pray, after the praying and fasting for three days, on the fourth day, he told me his age. My husband was born in January while I was born in June of the same year. So when the man who fasted for me told me, it was based on this that I agreed.

It was not my choice to be a pastor’s daughter; I can chose not to be a pastor’s wife, but when God said, no, I heard it, but I didn’t show him any love.  My father accepted him that he was going to sponsor him in seminary, but my mother said no because of his financial status.

But I still continued praying, asking for the will of God to be done. Then God told me that I was marrying and I was marrying once and if I say no to this one, there would be no marriage for me for life again. So I had to submit myself and decided to put whatever I have it into the marriage so that it can work. I am not afraid of divorce or whatever, but was afraid of God’s word that that if I don’t do what he says, I might fail.

Before the marriage, what were you doing?

Wife: I was a teacher at Methodist Girls High, Lagos. I left teaching after marriage and relocated to Ibadan where I stayed for three years and later came back to Lagos in 1992.  I was at Federal Airport Authority, Lagos as a Training Officer where I worked for 22 years.

What did you study?

What had been the challenges you faced and how did you overcome them?

Wife: I cannot remember any challenges I have, because if I have challenges I put everything to God in prayers. We were able to overcome the challenges of raising the children without the assistance of any elderly person. When there are challenges we cross it together as couples. We have access to each other’s phone including Whatsapp. There is no secret between us; If I have money he knows and vice versa. We don’t hide things from each other. Maybe that is why we are very close.

How where you able to overcome these challenges?

Husband: One thing these days is that couples are not prepared before going into marriage, so they don’t envisage that challenges could come. Truth is, both of you were not born by the same parents and so you would not have the same character.

How were you able to train your children?

Wife: We started earlier in training our children, teaching them the word of God, making them to partake in reading the word of God.  We encouraged them to join Christian groups in the school, and even in higher institution. Parents should learn to pray for their children, because where they are, your eyes may not get there.

SEE ALSO: “I’m a big advocate for not living together”-Trevor Noah Speaks On Marriage &amp; Being Honest In Relationships

What is the bond between two of you?

Husband: Amos 2:3 says, “Can two walk together except they be together”. Understanding each other plays a very good role in our relationship. She understands me very well. By my calling, I am an evangelist; anytime I shout at her, she just keeps quiet.

I just thank God that we involved God in our marriage. From the beginning of my life I had purpose for marriage, maybe because of the way women were treated in my village. When I was growing up, they were relegated to the background because they beat them.

So that made me to determine never to marry but if I would marry I would love my wife. But when I came to Lagos, I saw the other side of marriage. While growing up also I determined never to have a girlfriend, rather any lady I talked to I will marry her. That helped me.

I don’t have a secret, and I have determined in my life that when I marry I would marry somebody I would be able to play the role of father to and she the role of a mother to me.  And since God answered that prayer I see no reason why I should hide anything from my wife.

Do you keep to promises made to your wife?

Husband: If I make a promise, before making it I know that I can fulfill it.  I promise her that I will love her on the day of our marriage and I have been doing so.

What’s so special about your wife?

Husband: It is God. A life with God is always a shining light any day, any time.

Have you had any third party coming into your marriage?

Husband: It is all about being genuine and trustworthy. When my wife was working at the Airport, one of the senior men would come to her, but I never frowned at it because I took her to work every day. Everybody there thought I was working with them.

I gave my wife a sign never to introduce me to any of her colleague as her husband, so that she could feel free to do her work and relate with them well even in my presence.  I trust her and know that she is not cheap like that. Any man hugging her does not make any difference to me because of the trust I have in her.

She also trust me that if she sees me holding any woman’s hand, it does not go beyond that. I don’t have anything in mind.  But these days they don’t trust each other because they marry by sight. In this kind of marriage that has condition attached to it, there is bound to be problems.

If I marry because of beauty, after one or two children and the beauty is no longer there, what do I do then? It means that I would go to other women that are beautiful, but if I marry her on condition, then I would look for that condition, but if your marriage is founded in God then it would last.

What’s your advice to intending couples?