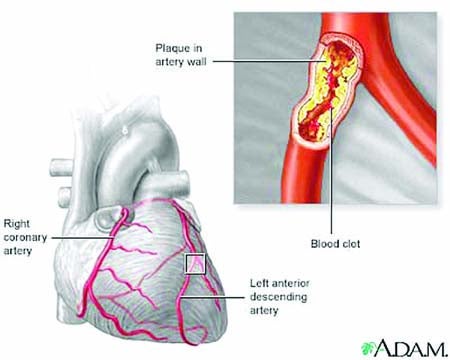 Celebrity Mum, Kim Kardashian Reveals She’s Also Had An Awakening Following Her Husband’s New Christian Faith & How That Will Influence Her Fashion

A Swiss scientists have claimed in the new research that people with less than average means who are unable to have quality sleep as a result of working long for long hours daily and residing in noisy, non-conducive neighbourhoods are more prone to develop heart disease than the rich.

When the researchers, at the University Centre of General Medicine and Public Health in Lausanne, Switzerland, compared the history of coronary heart disease with annual salaries of participants in the study, they found that there was a direct relationship between their rate of heart disease and their income.

They also found that people on a low income are much more likely to develop heart disease than those with better-paying jobs.

Poorer people may also be kept awake at night over money worries, or by noise (such as generators) from their crowded neighbourhoods. The data was obtained from volunteers in England, France, Switzerland, and Portugal through clinical examination, medical records, and questionnaires.

These were cross-referenced with participants’ annual salary. The results of the study published in the journal Cardiovascular Research, reveal that low-income men were found to have a 48 per cent increased risk of suffering heart disease.

For women, it was 53 per cent. Average sleep duration ranged from the recommended six to eight-and-half hours; six hours or nine hours or more. The researchers used statistical analysis to calculate sleep’s impact on the development of heart disease. They found it could explain 13.4 per cent of the link between insufficient rest and the heart disease.

The researchers also calculated that getting less than six hours of sleep in one night is responsible for 13 per cent of heart disease cases. They warned that poor people may struggle to get a good night’s sleep because they have to work multiple jobs to make ends meet.

The scientists called for double-glazed windows to be standard on all new homes to reduce noise and help people sleep. They also recommended that new homes should not be situated around airports or motorways. The findings, based on a review of data from around 110,000 adults, add to a wealth of studies linking insomnia to poor health.

Research shows that insomnia, which affects an estimated one in three adults, changes how well the body functions. Sleep is vital as a restorative time, making the person feel energised and refreshed, experts say.

It also gives the immune system and the cardiovascular system a much-needed rest, and at the same time allows other organs to be restored. Experts believe lack of sleep raises blood pressure and alters the metabolism – both of which are known risk factors of heart disease.

According to one of the study authors, Dusan Petrovic, a researcher at the Swiss health institute:

“Structural reforms are needed at every level of society to enable people to get more sleep. For example, attempting to reduce noise, which is an important source of sleep disturbance, with double glazed windows, limiting traffic, and not building houses next to airports or highways.”