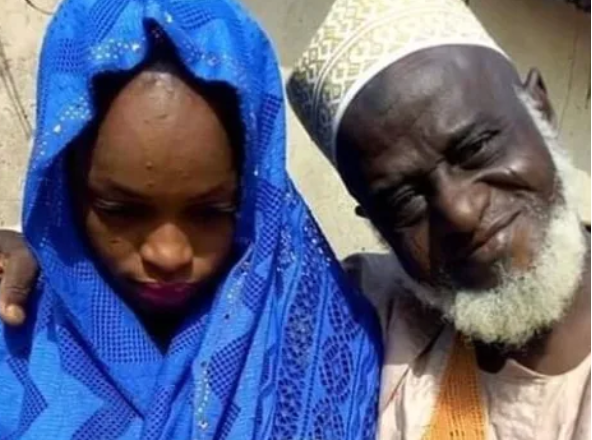 Bright Okpocha, Basket Mouth Releases Statement After A Joke He Made About Rape Years Ago Put Him In Hot Water

Abuse in all its forms is a daily reality for many Nigerian children, women, and girls. Although both women and men experience violence, evidence suggests that the risk factors, patterns and consequences of violence against women and girls are different than violence against men and boys.

Statistics from the World Bank showed that Gender-based Violence, GBV, or Violence against Women and Girls, VAWG, is a global pandemic that affects one in three women in their lifetime.

In Nigeria, it is common knowledge that many cultures and beliefs, norms and social institutions legitimise and perpetuate violence against women and girls.

These and many more questions run through Justina Joseph’s mind almost daily. Sadly, she is not alone in this emotional torture as Nigeria ranks among countries with the highest burden of abuses against women and girls. Although the problem in Justina’s home continues to give her concerns, her faith as a Christian has kept her in marriage.

Sometimes, she wonders if she would live to see the next day. Her woes started right from her father’s house when she lost her biological mother at a very tender age. Being the only child of her late mother, she suffered several waves of abuse in the hands of her father.

“At 16, I was forced to marry a man old enough to be my father. I obeyed my father,” she said.

While Justina thought having a home of her own may reduce her problems, it turned out to be another hell on earth.

It was like an unending cycle of abuse. She was continually raped by her husband. Sadly, Justina has no one to report to; even when she told her pastors, she was advised not to think of divorce since it is a sin before God. She narrated:

“My suffering escalated. The years of physical, sexual and emotional abuse continued even when I became pregnant for the first time and gave birth to a baby girl.

He would force me to have sex with him even shortly after giving birth. I hated it but if I refused, he would beat me up. I had no say in his house. I tried to bear it. I hardly develop the urge for sex because I am a victim of Female Genital Mutilation, FGM.

My situation worsened when I gave birth to three children without a male child. The experience I had after the birth of my third child was not palatable. My husband abandoned me in hospital. He told anyone who cared to listen that he was not the father of the child. I sold some of my properties to pay my hospital bills.”

SEE ALSO: Coordinator DSVRT, Titilola Viviour-Adeniyi Speaks On The Spate Of Rape & Domestic Violence & The Position Of Law On It

Another woman shared her ordeal:

“It was during that period that my husband decided to get married to another woman. Till this day, I take care of my children from the savings I made from helping people clean their compound.”

Today, the media space is awash with reports of all forms of violence against women and girls. According to the 2013 National Demographic and Health Survey, NDHS, Nigeria ranks 118 out of the 134 countries on the Gender Equality Index with 30 percent of women aged 15-49 reported to have experienced sexual abuse. 33 percent and 24 percent are said to be in the urban and rural areas.

Also, a report by the World Bank further showed an alarming number of VAWG with 35 percent of the women worldwide experiencing either physical or sexual intimate partner violence or non-partner sexual violence. According to the report, globally, seven percent of women have been sexually assaulted by someone other than a partner.

“Globally, as many as 38 percent killings of women are committed by an intimate partner,’’ it said.

While the World Bank study notes that the problems are not only devastating for survivors of violence and their families, it said the situation also results in social and economic costs.

In some countries like Nigeria, violence against women is estimated to cost them up to 3.7 percent of their GDP – more than double what most governments spend on education. According to a United Nations Children’s Fund, UNICEF, child protection specialist, Olasunbo Odebode, all forms of violence and harmful practices against women and girls are of epidemic proportions in Nigeria.

Today, Nigeria is one of the countries where gender-based violence is highly prevalent. The recent story of a 17-year-old girl, whose father regularly had sex with before paying her school fees is one of the many incidents.

However, concerned stakeholders in the campaign say cultural and harmful practices including ignorance are key drivers of the trend.

A member of the Basic Rights Counsel Initiative, James Ibor, identified cultural and religious practices as the major factors encouraging VAWG in Nigeria. Ibor, who spoke during a two -day media dialogue on Spotlight Initiative in Ibadan, Oyo State, said VAWG mostly happens during wars, adding that women and girls are raped and brutalised to humiliate their community.

He listed other forms of violence against women and girls to include trafficking, sexual exploitation, deprivation of resources including health, food, livelihood, confinement, child marriage, battering, and FGM among others. Ibor explained that UNICEF report in 2017 revealed that six out of 10 children experience violence.

Girls and boys are raised, treated and valued differently from birth to adulthood. Women and girls are solely responsible for care giving and household chores and this has implications for girls’ school attendance.”

Speaking further, Odebode disclosed that 43 percent of Nigerian girls are married before age 18, adding that 17 percent do so before they turn 15. Also, she said 20,000 new cases of obstetric fistula occur every year in Nigeria.

She maintained that violence against women and girls remains a silent killer that has taken the lives of many.

“The health outcomes go beyond the direct result of physical, psychological or mental health issues. Violence against women and girls in Nigeria is against the law and survivors do not usually receive full legal support, as they may prefer to stay in abusive relationships than leave,’’ she added.

Regretting that women and girls subjected to violence are unwilling to lodge formal complaints due to lack of trust in the police and stigmatization, Odebode noted that Nigeria ratified the Convention for the Elimination of Discrimination Against Women, CEDAW, in 1985.

“A commendable effort by government is the Violence Against Persons Prohibition, VAPP, Act enacted in 2015 as a federal law to address all cases of violence.

VAPP Act provides a legislative and legal framework for the prevention of all forms of violence against vulnerable persons, especially women and girls and makes provision for punishment of offenders.”

She said the social context of violence against women and girls was based on the traditional patriarchal structure that defines gender.

“Women do not have a say in decision-making as issues concerning their lives are decided and determined by others, usually men and older women.

She maintained that the culture of silence among women should stop, saying that every woman and girl must be free.

“We need to create awareness because people need to speak out. People must come to that realisation that they need to know the fact and should not keep quiet because keeping quiet will make the perpetrators continue.”

Meanwhile, the European Union, EU, and the United Nations, UN, are tackling the issue headlong through the Spotlight Initiative.