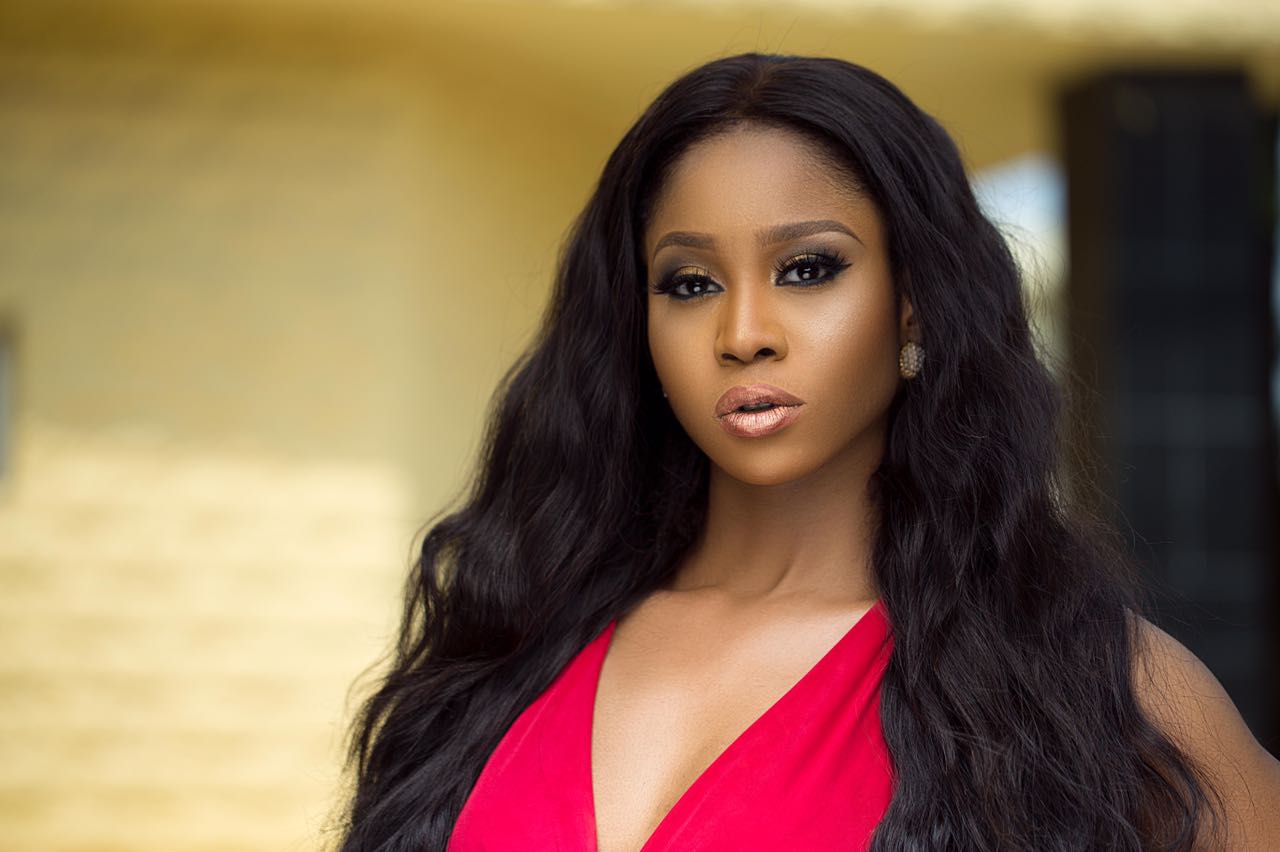 Nigerian actress and producer, Lilian Afegbai took to her Instagram page to dish relationship advice to single women, who are desperate to get into a marriageable relationship, stressing on the need to wait and marry right than marrying the wrong man.

According to Lilian, there are so many ”f**kboys and men” out there. She therefore advised women to develop themselves while waiting for the right man to come.

The 28-year-old diva who is an Ex Big Brother Africa Housemate, further encouraged single ladies to respect themselves and dignity as a woman as no man would do that if they don’t. She alleged that most men would rather keep giving you 1million Naira than helping you achieve your goals.

In addition, the pretty actress encouraged women that despite the fact it’s difficult to make millions, it’s also very achievable if one can work very hard and very smart.

READ ALSO: This Marriage Advice From Female Bank Chairman, Ibukun Awosika Is A Must Read For Every Single Woman

“LADIES: If you don’t start respecting yourself and dignity as a woman. No man will, start working hard and structuring your life. It’s not easy to make millions but it’s very achievable if you work hard and also work smart.

These men want you to keep asking them for one million, instead of helping you achieve your goals. They know if you start investing in yourself, they can’t make you feel less anymore……. Relationship would come eventually.

It’s better to wait and marry right than marry wrong. So many f**k boys/ men out there. We have all done things we are not proud of, that shouldn’t define you. Nobody in this world is a saint, na who dem catch na em be thief.

It’s not too late to focus and achieve all your heart desires!!!!!!!!! If you are from a poor background, change your story. That should not be an excuse to settle !!!!” 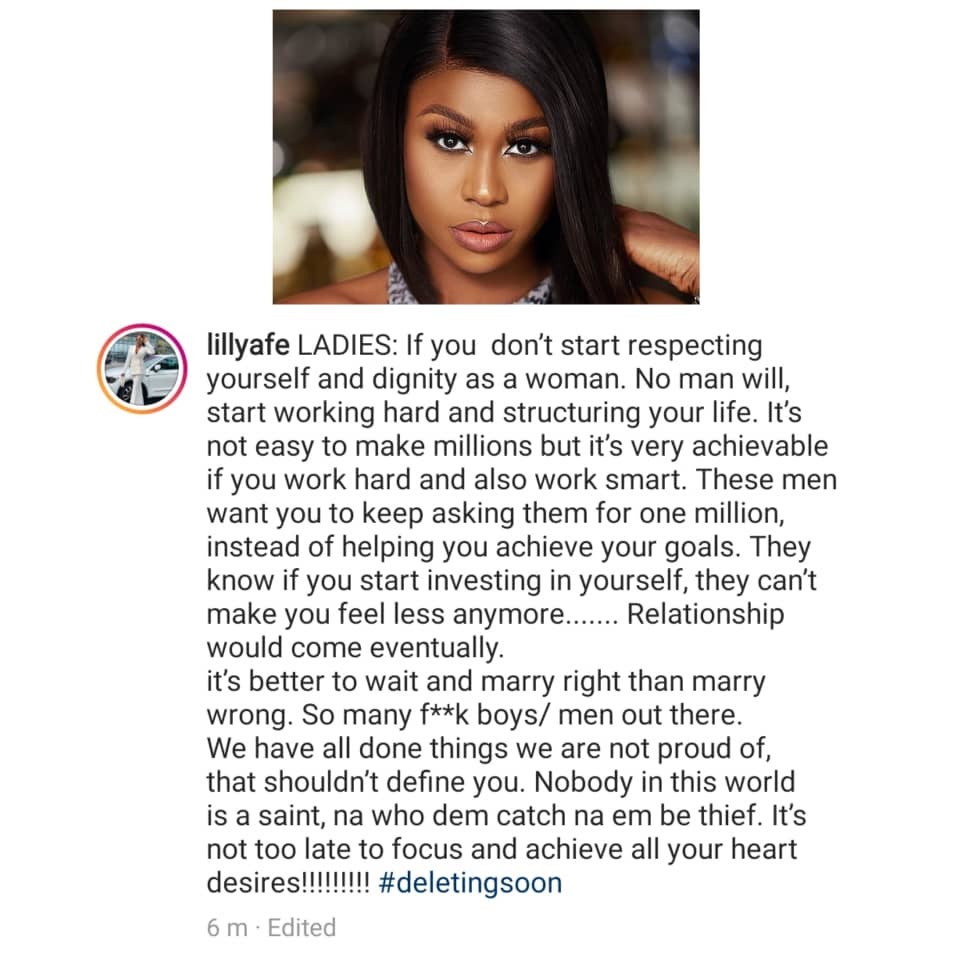