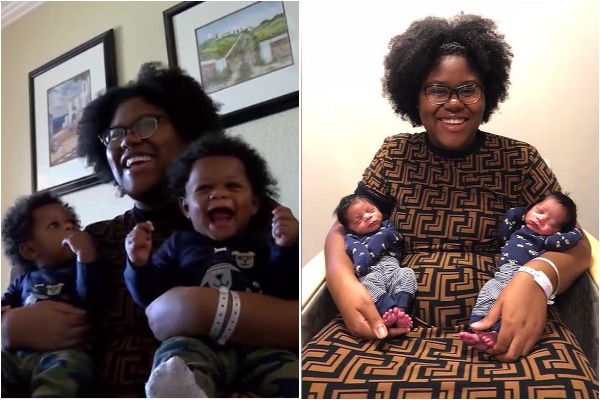 A Florida-based mother, Alexzandria Wolliston has managed to deliver not one but two sets of twins in a year, 2019 to be precise. Wolliston who had given birth to the first set, Mark and Malakhi in March 2019, said she realized she had hit the “twin lottery” when doctors informed her she was expecting twins again last Mother’s Day, according to WPTV. She gave birth to a second set of twins, Kaylen and Kayleb on December 27.

The prolific mum told the local news outlet that she “never thought” she would welcome two sets of twins in just one year. She said she recently learned that both of her grandmothers had lost twins boys at birth, and she believes her new bundles of joy are a gift from above.

“I always say that I feel like my grandmothers gave me their kids because two sets of twins and their twins passed away,”

“I feel like they just sent them down for me.” 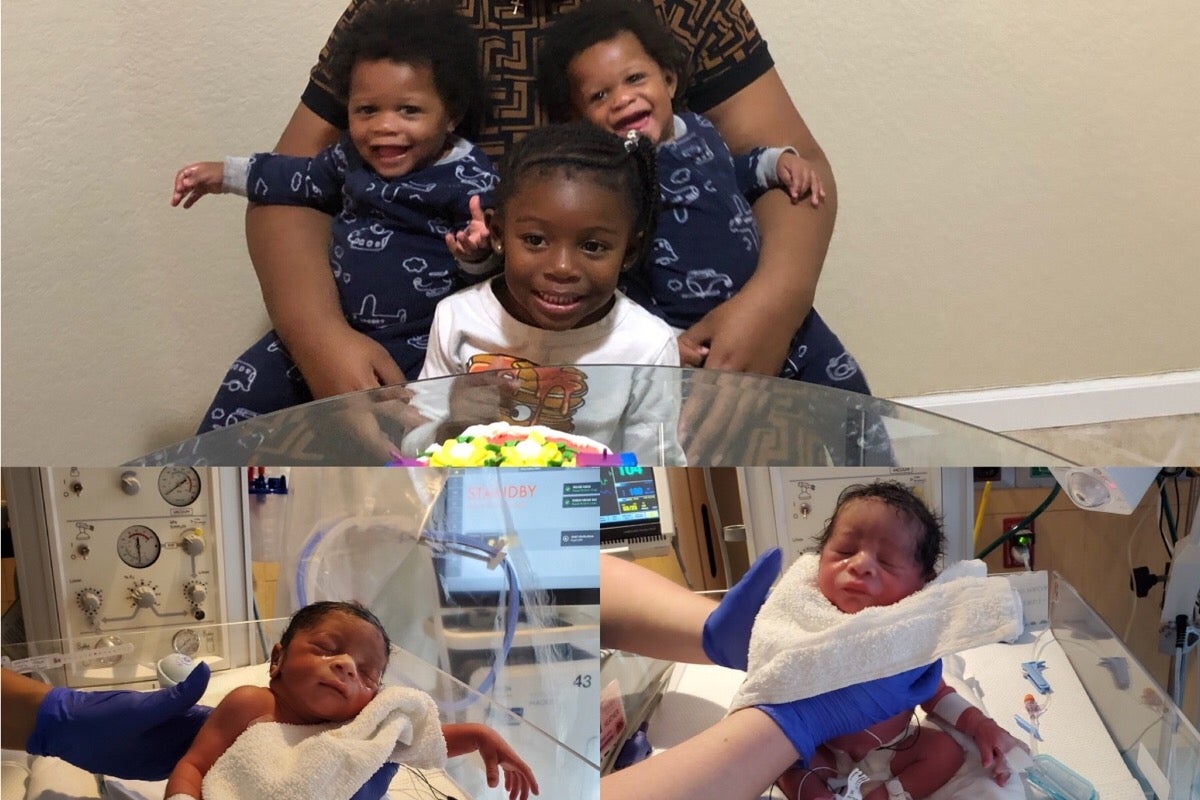 According to Good Morning America, all four children were conceived without in vitro fertilization. “I say I’ve won the twin lottery,” Wolliston told the morning show, adding that the twins are “a gift from heaven.”

Wolliston — who is also mother to a 3-year-old daughter Ar’Mani — was initially nervous about having another set of twins, she told the outlet, and “wondered if my body could handle it since I just went through it.”