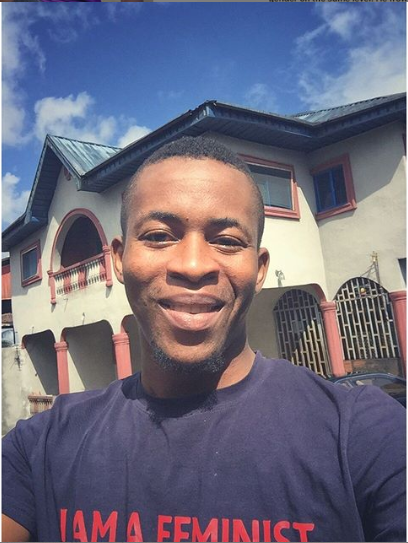 Life coach, Solomon Buchi has reached out to parents in a new post he shared via his Twitter account. Buchi in his post sought to help parents raise children who will grow into balanced adults, irrespective of their gender. According to the feminist, for the common good of future marriages, families and societies, it is time to overhaul poor parenting practices that stunt the emotional, social and economic power of children.

The lifestyle blogger wants parents to unlearn some of their traditional views because of how it is holding children back from attaining full expression of themselves. He emphasised how the double standards in parenting on the basis of gender culminates into poor behavioral patterns that fuel the circle of unhealthy relationships and marriages over the years. He particularly shared that the boy child is in need of more deliberate parenting.

READ ALSO:Solomon Buchi Addresses The Stigmatisation Of Children Of Single Parents As Bad Candidates For Marriage

In his thread, Buchi opined that parents should desist from making their sons see their sisters as people who are meant to serve them when they need help for something they can do themselves. He also pointed out that parents should stop seeing the girl child as their co-parents to their male children.

This thread is for parents. . 1. Don’t make your daughters assistant parents to their brothers. If he scatters the room, tell him to arrange it. If he rough handles his clothes, he should wash them. Never make them feel that their sister is there to SERVE them.

2. Your boys should be fully involved in domestic chores. There should be a timetable — the day he sweeps, cleans the house, and also cooks. You should let your sons know that everyone that loves eating should know how to cook! Let them know it’s a basic survival skill!!!!

3. Do not ask your girls to respect their brothers because they are boys. I see this a lot in homes. The parents will tell the girls: “why would you talk to him like that? He’s a man..”. No! Let your boys know that if they want respect from their girls, they must earn it!

4. Do not stop your boys from expressing vulnerability. Don’t tell them to man up. Don’t shame them for crying. Let them express their full humanness. Boys are humans. Boys have emotions. Boys should not suppress emotions.

5. When your girl child makes a mistake, do not say things like: “is this how you’ll take care of your husband?”. Her life is more than having a man, teach her that things should be done right not because of having and ‘keeping’ a man!

Don’t compare your kids based on gender. Some parents do this. When their girl child is doing better than their boys, they say things like: “Are you not ashamed that your sister is doing better than you?! And you’re a boy…”. You‘re teaching him that excellence isn’t for women.

READ ALSO:Everything Solomon Buchi Has To Say On Being Single Is All The Motivation You Need To Not Settle For Less

”7. Make your boys feel accountable. Some parents will scold their girls over something they’ll ignore the boys when they do it. Don’t make your boys feel that their standards are lower, & women have higher moral standards! You’re breeding spoilt boys who become terrible partners.

Parents, you need to realize that more than you’re grooming your children, you’re almost grooming someone’s friend, wife, husband, and we have many imbalanced marriages because boys were groomed to feel so entitled, and not accountable.

We have many women suffering in marriages because they end up with grown men who can’t do nothing that offer the barest minimum and expecting maximum results. These women keep sticking with abusive men because as kids their parents made them feel keeping a man was all…”

This thread is for parents.
.
1. Don’t make your daughters assistant parents to their brothers. If he scatters the room, tell him to arrange it. If he rough handles his clothes, he should wash them. Never make them feel that their sister is there to SERVE them.