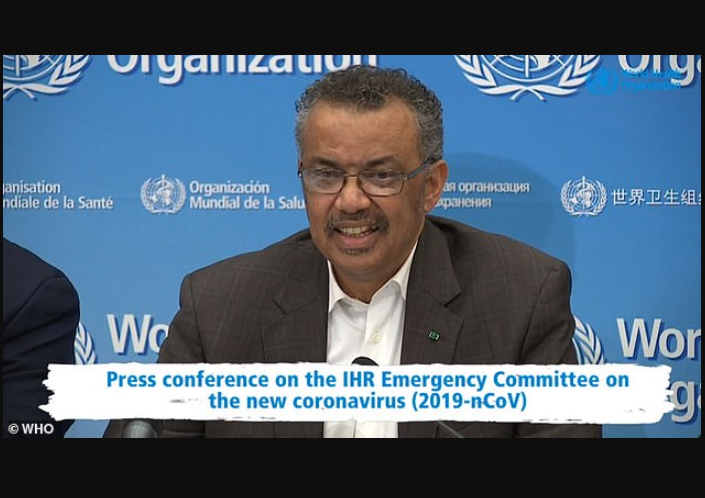 The World Health Organization  has declared an international public health emergency over the outbreak of the deadly Coronavirus. The announcement was made on Thursday after a meeting between Health experts and the WHO emergency committee in Geneva.

Our greatest concern is the potential for the virus to spread to countries with weaker health systems, and which are ill-prepared to deal with it.’

Noah Christopher Exposes The ‘Truth’ About The Death Of 14-Year-Old Karen Akpagher Who Allegedly Passed Away From Condom Infection At Premiere Academy, Abuja

This comes a week after WHO said it was ‘too early’ to declare an international public health emergency but on Thursday it was revealed that the action was needed to help countries to prepare for the possibility of it spreading further.

About 213 people have died in China after contracting the Coronavirus with 9,692 others infected around the world.