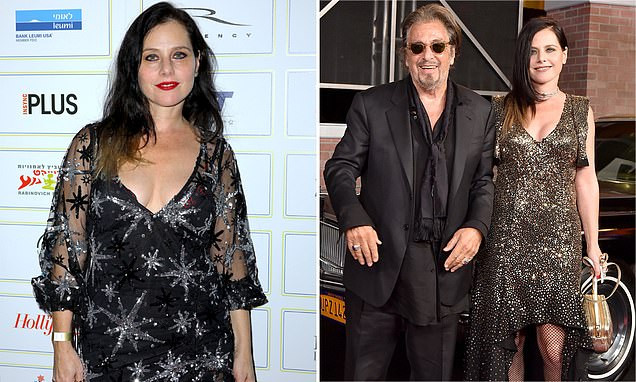 Meital Dohan, 40, has opened up about her split from legendary American actor, Al Pacino, 79. The Israeli actress who dated Al Pacino for two years claimed she left him due to their 39-year age gap and the fact that he doesn’t like to spend money on her.

Confirming the news of their break-up following the actor’s solo appearance at the Oscars, Meital told Israel’s La’Isha magazine:

The actress also alleged she dumped The Godfather actor after two years together because Pacino ‘didn’t like to spend money.’

‘The age gap is difficult, yes.

‘I tried to deny it, but now he is already an elderly man, to be honest. So even with all my love, it didn’t last,’

She also added that Pacino, whose fortune has been estimated at $180million, only ever bought her flowers

‘How can I say politely that he didn’t like to spend money?. He only bought me flowers’,

Al Pacino, who has a long list of ex-lovers has never been married. Before Dohan, the father-of-three was in a decade-long relationship with Argentine actress Lucila Solá. He was also linked with the likes of Diane Keaton, Jill Clayburgh, Penelope Ann Miller, Kathleen Quinlan, and Lyndall Hobbs.

Al Pacino shares 18-year-old twins Olivia and Anton with his ex, Beverly D’Angelo, who he dated for seven years ending in 2003. His eldest child is his 30-year-old producer daughter, Julie Marie, who he welcomed with his former acting coach, Jan Tarrant.