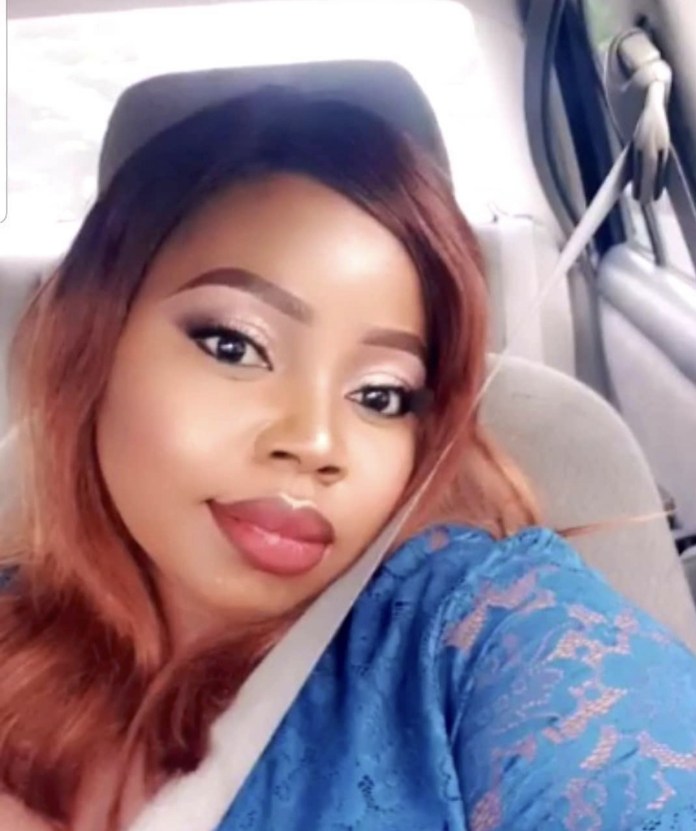 A Nigerian mum and realtor, Oyin oladipupo has called out a Nigerian hospital for allegedly forgetting a medical item in her uterus after a surgery she underwent in 2017.

According to her narration, the surgery was a cesarean section but shortly after, she lost functionality of her right leg and ability to feel temperature or pain from her right breast to her feet after the surgery at the hospital whose name she gave as Budo specialist Hospital.

Oyin who is a mum-of-two further revealed that doctors at the hospital didn’t pay attention to her postpartum for 5 days.

She alleged that she was discharged with a smelly vagina and a big sore at the back of her feet (caused from pressure socks).

Oyin is now demanding for justice after a scan revealed that a gauze was forgotten in her uterus after the surgery, stated that she has spent all her savings on physiotherapy and follow ups.

On 25th october 2017,I walked with my 2 legs walking normally into the theatre at Budo specialist Hospital. Anasthetist pierced me over 12 times in a bid to locate the spot for spinal block. Right after the surgery I lost functionality of my right leg and ability to feel temprature or pain from my right breast to my feet.

The hospital didnt pay attention post partum for 5 days. I didnt walk or move around.The leg started to swell and I went in for the MRI scan on the 31st October. It was seen that my spinal cord had been affected.

Nov 6,early hours I threw an embulos (pulmonary embolism )meaning that I wasn’t given blood thinners and I got blood clot from my leg that blocked my lungs and my heart started failing.i was on oxygen for close to 2 weeks.

December 7th I was discharged with a smelly vigina odour and a big sore at back of my feet (caused from pressure socks).I was given different brand of antibiotics.

December 17 I went back to the hospital to insist on a scan only to realise that they had left a massive gauze in my uterus.
Till date:spent all my savings on physiotherapy and follow ups.all I want is justice.

Watch the video she posted