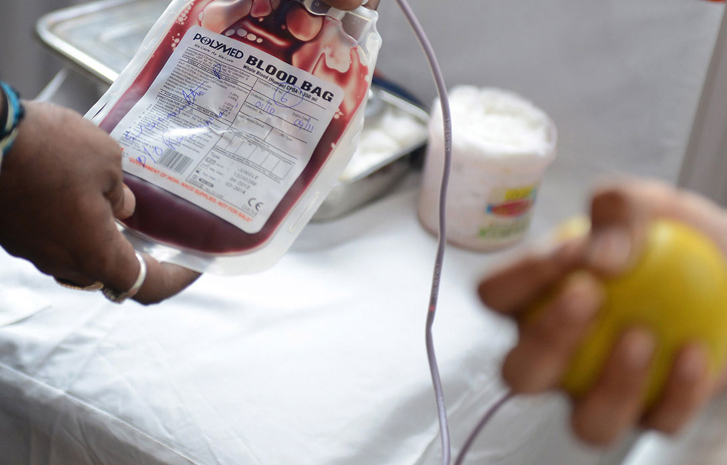 The Lagos State Commissioner of Health, Prof. Akin Abayomi, has reacted to the ruling that banned state-owned hospitals from demanding compulsory blood donation from husbands of pregnant women seeking antenatal and maternity services.

According to updates published by PUNCH, the commissioner said that the Lagos State government will not be appealing the ban. He, however, warned that expectant mothers, accident victims and other persons who may need a blood transfusion in the course of treatment may suffer from the acute blood shortage that the ruling may eventually cause.

An Ikeja High Court in a judgment on Monday by Justice Raliat Adebiyi declared the practice as “arbitrary, unfair and a violation of human rights as enshrined in Section 38(1) of the 1999 Constitution. The court subsequently ordered government hospitals in the state to stop demanding compulsory blood donations from husbands of pregnant women seeking antenatal and maternity services.

Reacting to the judgment, Abayomi said the state government had banned compulsory blood donations in all its hospitals before the court judgment on Monday.

Speaking in an exclusive interview with PUNCH HealthWise, the commissioner said,

“The judgment is in line with the already existing Ministry of Health policy on elimination of compulsory pre-antenatal registration blood donation via circular No: LSMH 1638/VOL T/19, dated 2nd of April, 2019 and with the World Health Organisation’s mandate of having 100 percent voluntary blood donation by 2020.

“Following this policy, voluntary blood donation had increased by 22 percent.

“The state government will not appeal the judgment.”

Commenting on the implication of the judgment, Abayomi, however, warned,

“There will be reduced availability of blood to individuals if actions to increase voluntary blood donation are not intensified.”

Yul Edochie’s Wife, May Speaks On Her Battle With Depression After The Actor Took A Second Wife, Actress Judy Moghalu

Going forward, the commissioner said, there were already existing measures which were being taken by the Lagos State Blood Transfusion Service to meet up with the shortfall of blood for transfusion in the state.

The commissioner disclosed that the LBTS would be organising voluntary blood campaigns in all local governments as well as in tertiary institutions and secondary schools across the state. He further said the state government would strengthen the capacity of Hospital Transfusion Committees to perform their functions with Key Performance Indicators related to recruitment and retention of voluntary blood donors, to cushion the effect of shortage of blood that might arise as a result of the court order.

The Chief Medical Director of the Lagos State University Teaching Hospital, Prof. Adetokunbo Fabamwo, has warned that the court order banning compulsory blood donation in the state might lead to an acute shortage.