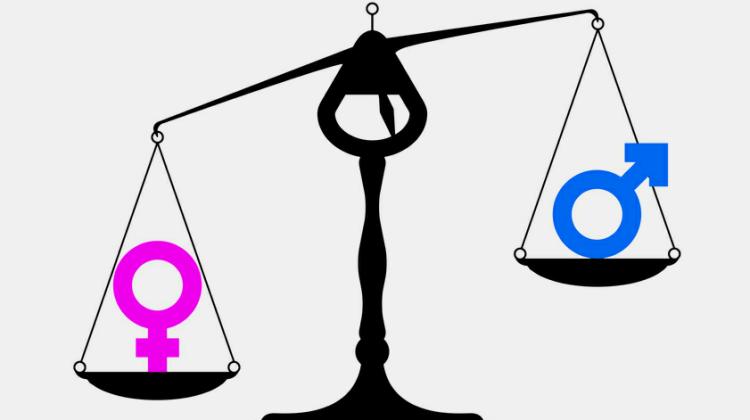 Actress, Lilian Afegbai Speaks On Marriage and Career, Plus Why She Chose Her Particular Line Of Business

A misogynistic Nigerian man has stated that a real man should never allow his wife to be successful. By stating so, even if he didn’t realise it, Prince Kellz has admitted that there is such a thing as financial abuse and that the speculation that a good number of men out there deliberately stand in the way of their wives’ successes, when he took to Facebook to write his thoughts.

Prince Kellz, as he identifies on Facebook advised that men should see to it that their wives are prevented from attaining financial freedom, independence or  becoming successful, so that she can remain at their mercy.

According to Kellz, when a woman becomes successful, she starts to feel that she no longer needs a man in her life. Allowing a woman keep a job breeds pride on the part of the woman; therefore real men know to stop their wives from working.

He further advised that if the man wants his wife to work, he should set up a business for her or place her on a salary, that way, her pride can be curtailed.

“A real man should not even dream for her (sic) wife to be successful. Cuz that’s the end of the marriage.

Real men stop their wife work so that her pride will reduce. He will open business for her or place her on salary for peace to rain (sic).

Naturally proof says that … The more woman makes money or gets successful is more she feels that there no need for a man in her life. And she will start developing rudeness, sturbon (sic), pride and more.

Next, she will be threatening the man with divorce. Cuz she feels she can pay her bills now.” 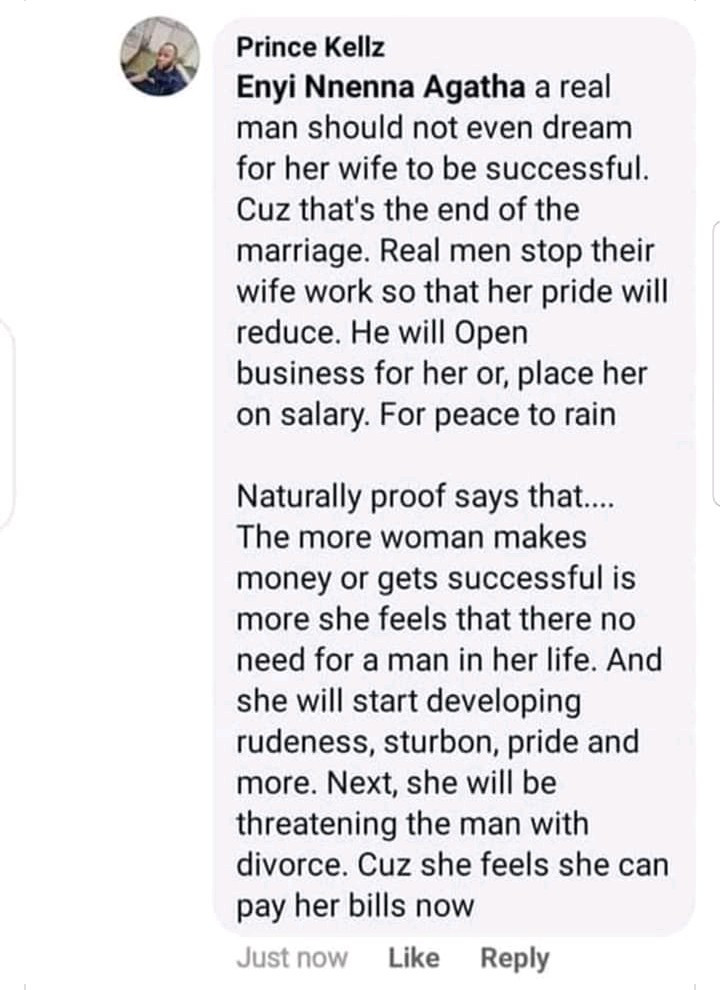