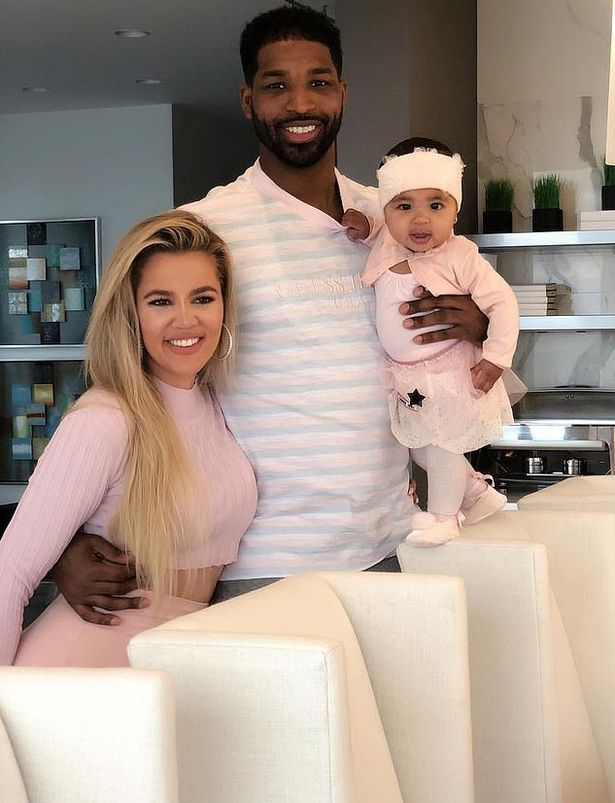 Khloe Kardashian has opened up about wanting more kids on Thursday’s episode of Keeping Up With the Kardashians,

The discussion began when Khloe, 35, told Thompson, 29, over FaceTime about True’s toys which she has outgrown. The NBA star replied, “What happens if we have another girl? Then you have to buy it all over again?”

“Who is having another girl with you?” Khloe asked.

Thompson responded that True “does need another sibling,” and Khloe Kardashian added,

“Right, so I might get some embryos and get a sibling.

“I might need to borrow some sperm or get some from you, but we’ll figure that out later.”

Kardashian and Thompson broke up in February 2019 after he was accused of cheating with Jordyn Woods, Kylie Jenner’s former best friend.

Though True does not have a sibling through her mother, the toddler does have an older brother on her father’s side. Tristan and his ex-girlfriend, Jordan Craig, have a son together. 3-year-old Prince Thompson, who was born shortly after Tristan began dating Khloe.

In a teaser clip from Thursday’s episode of Keeping Up With the Kardashians, 35-year-old Khloe brings up her concerns about Tristan during a conversation with momager Kris Jenner.

She tells her mum:

“To co-parent is a different beast, it’s probably the hardest thing I’ve ever had to figure out.”

“Cause, you get territorial. Like, ‘This is my baby. Why are you telling me what to do?’ You forget, oh no, it’s both your baby.

Typically, I go back and forth about every other week to Cleveland. He really misses True and he doesn’t really know when he’s going to see her next.

I really have not put much thought into how True is going to visit Tristan in Cleveland. I’ve just been avoiding having this conversation.”