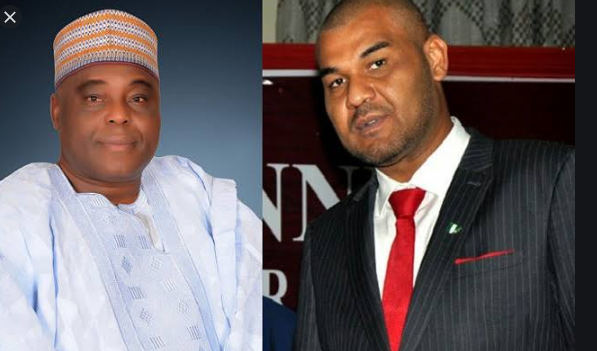 Dear MIMsters: Is My Behaviour Towards My In-Laws Abnormal For Anyone?

A test conducted by the Nigeria Centre for Disease Control, NCDC, on the Dokpesi family came out positive for eight members of the family.

Dokpesi Snr. and the affected family members have been evacuated by the Nigeria Centre for Disease Control, NCDC, to the isolation centre at the University of Abuja Teaching Hospital Gwagwalada where his son is already receiving treatment.

READ ALSO: How Spanish Couple, Irene and Cebrian, Their Eleven Children Are Keeping Their Spirits Up Despite All Testing Positive For COVID-19

Speaking on Friday shortly after the arrival of the NCDC Ambulance, High Chief Dokpesi said he is feeling well.

he said, an indication that his condition is still asymptotic.

On Monday, the Chairman of the DAAR Board, Dokpesi Jnr. was the first to test positive for Coronavirus after symptoms which he said were similar to malaria. But following persistent bouts of cough, he decided to reach out to the NCDC. His test later turned out positive.

Celebrity Dad, Rotimi Salami Tells Fellow Men The Only Time To Carry Out DNA Tests On Their Kids

Contact tracing immediately commenced with his family members including his father, High Chief Dokpesi and members of his household.

The test was later extended to senior management and members of staff who had been in close contact with the company’s index case.

The FCT Health Authorities had also carried out an immediate fumigation of the entire DAAR Headquarters building sitting aloft the Kpaduma hills in Asokoro District Of Abuja.