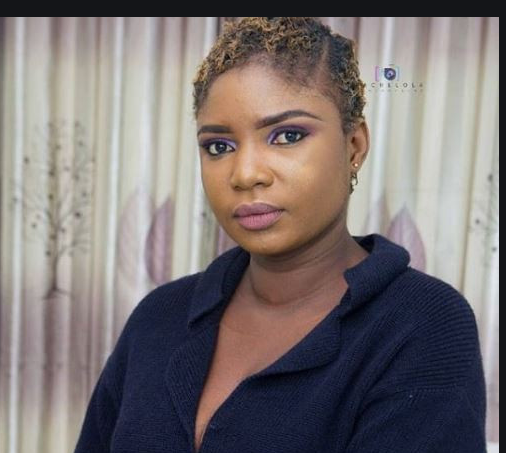 Popular publicist and writer, Tope Delano has taken to a microblogging platform, Twitter, to reveal what she believes is responsible for men crying when their daughters get married.

According to Tope, men are aware of how poorly they generally treat their wives and it dawns on them as their daughters get married that they will likely be subjected to the same realities as their mothers in their new homes.

She insinuated that because most men are abusive towards their wives on account of the privileges of patriarchy, they become concerned for their daughters who will now be at the mercy of the men they are getting married to.

The writer was reacting to a post made by another Twitter user who shared the story of a man who cried as his daughter got married.

“Why do men do this

Ans: they know their female kids are about to experience the same pain they inflicted on their mothers”

I do not need you people to agree with my take as to agree, many of you would have to be honest about yourselves, your relationships 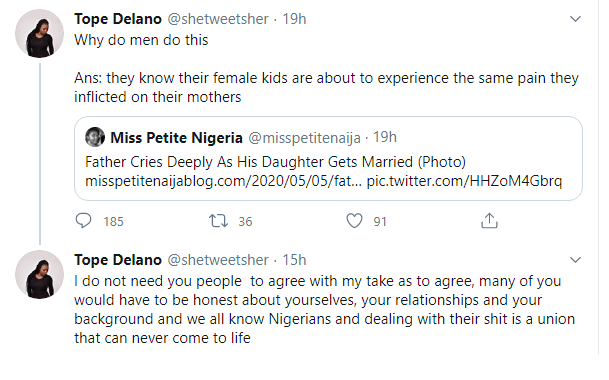