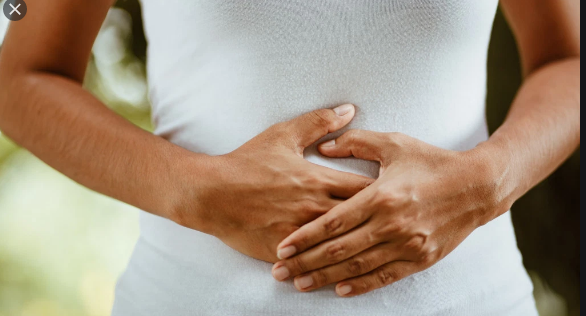 Ovulation is arguably one of the most important steps in the biological process that leads to conception. Although, there is no pregnancy without ovulation, there are a number of myths surrounding ovulation that many women hold on to- and which may ironically be stalling their chance of achieving a pregnancy.

Let’s first examine what ovulation is and look at at least 8 ovulation myths that may be delaying your getting pregnant.

Ovulation is the release of an egg from one of a woman’s ovaries. After the egg is released, it travels down the fallopian tube, where fertilization by a sperm cell may occur.

1. You always ovulate on Day 14 of your cycle

This is one myth that has kept many women trying for a baby for longer than necessary. Your menstrual cycle is as unique as you are and can vary from 24 to 36 days with ovulation occurring 12-14 days before the next period (day one is the first day of your last period, so the general idea that gets passed around that ovualtion occurs for every woman on Day 14 does not hold true.

If you have a 28-day cycle this would be halfway between periods, around day 14. However, if your cycle is regularly 30 days, ovulation will normally occur between day 16 and 18.

2. You Can Only Get Pregnant On The Day You Ovulate

Ovulation is an integral part of the process of getting pregnant, it comes around and lasts for some few hours but that does not mean that it is not gracious towards your conception efforts. The popular myth that you can only get pregnant on the day you ovulate is what it is- a myth.

Scientifically speaking, while your egg is only viable for 12 to 24 hours, you can actually get pregnant if you have sex any time during the five days before ovulation and on the day you ovulate. This is because sperm can survive in the vagina, uterus or Fallopian tubes for up to five days.

3.  You Must Have Intercourse Everyday Of Your Fertile Window

Again, you do not need to have sex every day of your fertile window. You have a fertility window of around six days, so having sex at any point during this time could lead to conception.

Some experts suggest that intercourse every two days during the fertile window will increase the chances of pregnancy.

4.  If You Are Ovulating, You Won’t Have Problem Getting Pregnant

Ovulation is essential to getting pregnant—but it takes more than just an egg to conceive. A  number of factors including quality of the sperm of your partner, the patency of your own fallopian tubes, and of course, a uterus that is free from any obstructions or growths play key roles, and despite ovulating, if other factors are not in good condition, pregnancy won’t happen.

For example, your husband will also need to carry out a semen analysis test and have his results evaluated by a fertility doctor, because again, conception will not happen due to only ovulation.

Unfortunately, no matter how good you look, and how healthy you are, your fertility declines with age. Your odds of getting pregnant at 40 are not as good as they are at 30. In fact, female fertility begins a steep downward path around age 35.

So, even if you are ovulating, depending on your age, your fertility may not be at peak. If you’re younger than 35, you should try to get pregnant for a year before you talk to a doctor. If you’re 35 or older, you should seek help after six months.

A popular myth about ovulation is that you will experience some mild pain or evidently see the egg-white cervical mucus aka EWCM. This singular myth can cause you to miss out on actively trying because you are waiting for obvious signs of ovulation.

For most women ovulation is a pain-free experience. However, around 20% of women do feel some discomfort, either on one side of their lower back or in their abdomen just before ovulation. Known as ‘mittelschmerz’ this can last anywhere from an hour or so, up to a couple of days.

An ovulation test strip will most likely serve you better than most of the fertility apps out there. A number of researches have already established that most fertility apps can be misleading and offer no real help when planning for a pregnancy.

So do well to start testing with ovulation strips from say Day 9 of your cycle.

8. An Irregular Cycle Means You Are Less Fertile And Vice-Versa

Having an irregular menstrual cycle makes it more difficult to pin point your fertility window, but it doesn’t necessarily mean you are less fertile.

Having sex every few days throughout the month could increase your chances of becoming pregnant. However, irregular periods can sometimes be caused by medical conditions that can affect your fertility so it’s worth seeking advice from your GP.

Conversely, a regular cycle is not an indication that you are ovulating regularly, speak with your doctor if pregnancy isn’t occurring to determine the cause and treatment that’s right for you and your partner.