Cubana Boss, Chibuike Okechukwu Takes An Exception To Rape Victims Calling Out Their Rich Abusers For This Reason

Talented Nollywood actress and producer, Yvonne Jegede has once again hinted to her secret and open admirers that she is available to start a relationship and even remarry again.

The divorced movie star and single mom, during an Instagram Live interview with Mr Paul, stated that in as much as she’s ready to remarry, her new suitor must meet certain conditions. She said:

”I would want to remarry if I find somebody who would love me and love my child. Because, right now, my child is the most important person in my life. I wouldn’t want to marry someone who wouldn’t love my son as much as he would love his own child. He has to love my child 100%, love me too and then the feeling is mutual.”

Recall that Miss Jegede’s marriage to rapper turned Nollywood actor, Olakunle Fawole, aka Abounce hit the rocks last year over infidelity issues. Speaking about the kind of relationship she shares with the father of her son, the yummy mummy said:

”For my ex-husband, I am not a bitter woman. I am not the kind of woman who would swear for her husband or boyfriend if all didn’t go well.

My house is open for my son’s dad to come and see him anytime. In my house, there’s a standing law; you don’t curse or insult my son’s father for any reason whatsoever. The fact that we are no longer married doesn’t mean I should go about laying curses (on him).”

The sweet mother of one also revealed the secrets behind her curvy look. She confirmed that she did surgery on her tummy after giving birth. In her words: 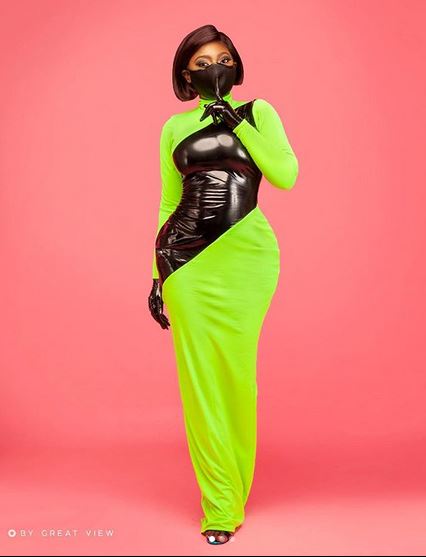 “Yes, I did surgery (liposuction) on my stomach after I had my son; so, that made me look curvier. I had the surgery here in Nigeria. I don’t have issues with anyone on earth; I do whatever I want with myself and body.”

“I can’t quit acting 100%. Just like my ex mother-in-law of blessed memory, Bukky Ajayi, she acted till her very last minute. I loved her so much, I still do. Acting is a profession that you can do till it’s your memorial. I could quit but not totally, after all, I am an entertainment person.

Born in the industry. I’ll be forever here. If not acting, doing all other related stuffs. Aside that, I am a very happy and humble person, my happiness is on default. I don’t need someone to ginger my happiness; it is always there 24/7.

As a human, sometimes I get upset, I get pissed, but it doesn’t last long. I don’t pretend. I am still the same girl you see on the screen, happy, cheerful and humble.”