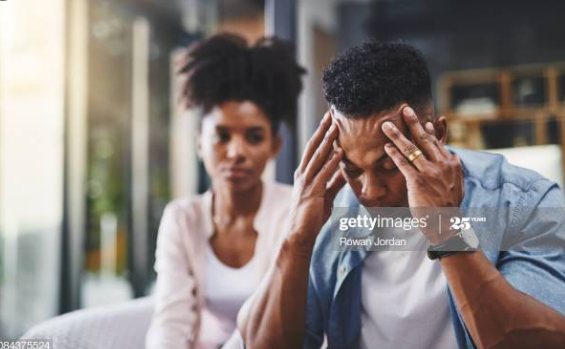 A Nigerian woman who was emotionally abusive towards her fiance for two years has shared her story to help other  women identify toxic traits that they may possess – whether or not they have already realized it and how they can start the gradual work to address the errors in their behaviors so they can lead quality lives with themselves and their partners, as well as possibly salvage their relationships if it’s already in a bad place.

The Twitter user, @winnie4prez who is now married to the man, narrated many of the character traits she possessed that caused her to constantly push her fiance away. She highlighted many behaviours that are common to a lot of women, including how she would often feel inadequate if her fiance could not read her mind and respond to it with an appropriate show of support; something that happened a lot and would eventually snowball into a meltdown.

In her lengthy but informative Twitter thread,@winnie4prez shared on how she found herself getting jealous while they were waiting to get married. During that period, she sometimes acted out by being emotionally abusive to her fiance.

She said she broke up with him numerous times but he always got back together with her and eventually helped her through CBT (cognitive behavioural therapy).

my husband is okay with my sharing this, so here is a thread about how/why I was emotionally abusive towards my (now) husband when we first got together. my sole purpose in posting this is that inshaAllah it may be of benefit to other women & men in identifying abuse

my husband (Z) and I decided to get married, but we weren’t sure if we would in fact be able to due to familial pressure. so we had a very long “engagement” period spent talking to our families.

the reason this is relevant is that it was a time of great uncertainty. additionally, we decided to minimise our interactions w/one another so as to try to prevent emgaging in haraam stuff. so there was no clear romance or anything like that.

43 Years In Marriage And Counting: The Ejiofors Share Lessons Couples Can Learn From Their Journey And Challenges

very soon after we got together, i began feeling insanely jealous. I started suspecting all of his friendships. I would ask him about his female friends, and take his absence of abstinence from female companionship to mean that he cared about them more than me.

i also began hyperfixating on reading his actions. so if he was sleepy and decided to stop chatting w/me, i would take it to mean i cared more about him than he did about me.

I’ve always had a bad temper, but the level of insecurity and constant second guessing would make me spiral out of control. at times i would feel almost psychotic. i wouldnt be able to control my insecure -> jealous -> enraged thoughts. i would feel myself going nearly insane

(this process of jealousy as insanity is described p well in Othello, I think) obviously I couldn’t talk to him because if I had to tell him, it meant he didn’t care enough about me to know what i was feeling. Also, it would put me in a position of weakness.

most of my rage would arise from him not being able to read my mind and my stupid romcom expectations of what love is.

so i would think, “men who love women do X, he didnt do X, therefore he doesn’t love me.” I would expect him to know what I wanted and take that lack of knowledge as being proof that he was not trying hard enough. (Yes i know this is insane)

the reason this precise belief is important and why I am emphasising it so much is because it enabled me to see myself as the victim.
in other words, my rage would originate in insecurity, and then become rage because HE was the cause of my original insecurity.

READ ALSO: Nigerian Wife, Michelle Lima, Who Went Into Her Marriage With The Mindset She Must Be Worshipped Because She Is Pretty, Shares Her Story
She continues:

i would never start off angry. I’d always begin by ruminating, crying, questioning myself, being deeply insecure, etc. somewhere along the way i would become angry at him for “making” me feel this way. and then I’d take it out on him.

this is important b/c i obviously never had “bad intentions.” the fact that I would begin in a state of deep anguish is what allowed me to always see myself as good or the victim. my anger was always justified.