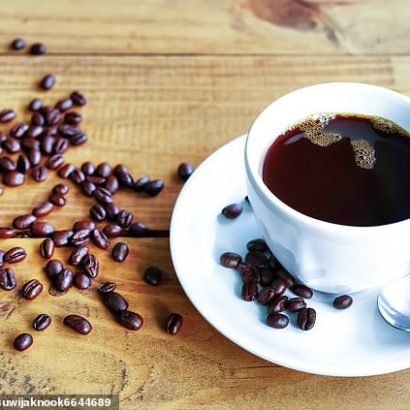 For those who have made drinking coffee on an empty stomach a regular habit, an expert has said that they may be doing themselves a lot of harm.

According to consultant nutritionist, Carlyn Rosenblum, MS, RD, there are a few reasons why coffee isn’t great first thing in the morning, especially for women. First, it increases cortisol, which can negatively impact ovulation, weight and hormonal balance.”

The so-called stress hormone—which, among other things, helps regulate energy and makes you feel alert—fluctuates throughout the day, but is generally high in the morning and low in the evening.

“Drinking caffeine first thing in the morning, when cortisol is high, blunts the hormone’s production and shifts the timing of the cycle,” Rosenblum explains.

This can cause you to produce cortisol at times when it would normally drop (like at night).

“Studies also show that consuming caffeine when cortisol is high can actually cause you to produce more cortisol,” she says. “While the reasoning behind this is not entirely understood, part of the reason could be related to coffee’s impact on certain vitamins and minerals.

“Cortisol is necessary for our health; however, the problem is when we are constantly stressed out, our body is continuously producing cortisol,” Rosenblum explains.

“This can lead to increased blood sugar, which then leads to increased insulin hormone producing, leading to insulin resistance.” Excess cortisol can lead to effects like weight gain, sleep problems and compromised immune response.

While study results are mixed on how coffee affects your gut microbiome (one recent study suggests it might actually be beneficial), it does stimulate acid production in the stomach. If you’re prone to acid reflux or other GI issues, it’s worth paying attention to your symptoms to see if coffee exacerbates them.

The expert recommends eating a breakfast of calcium-rich foods (like yogurt, almonds, spinach, kale or chia seeds), which help neutralize both the acidity of the coffee and your stomach acid. She also notes that cold brew has about 70 percent less acid than hot coffee.

If you wake up on a relatively standard schedule, your best bet is to pour yourself a cup after breakfast, between 9:30 a.m. and noon, a window when your cortisol levels are typically low. (It’s tied to activity, so if your “day” starts significantly earlier or later than average, adjust accordingly.)

At that point, coffee will actually give you a needed boost, evening out a potential energy slump.

But if cortisol is high in the morning, why do some women still feel groggy?

Rosenblum posits a few potential reasons. One, your coffee habits: If you’re accustomed to drinking coffee first thing in the morning, your body may have come to use the caffeine as a crutch and thrown off its natural wake-up mechanisms.

Two, dehydration: You lose water while you sleep, so you might be waking up dehydrated, particularly if you didn’t drink enough water during the day.

And three, poor sleep habits: Most people need seven to eight hours of sleep, so if you’re falling significantly short, you’re going to feel it no matter what. She also notes that sleep quality is as important as quantity, and recommends promoting restful sleep by powering off electronics 60 minutes before bed, drinking herbal tea, taking an Epsom salt bath or writing in a gratitude journal before turning in.

“Also, our adrenal glands (which produce cortisol) like consistency,” says Rosenblum. “Try going to bed and waking up at the same time every day.”

For the past two months, I’ve been holding off on my daily cold brew until I get to work. It could be the placebo effect, but I do feel like my energy’s a little more even-keeled throughout the day. Not gonna lie, though—it’s still rough getting out of bed, but at least I have a mid-morning coffee break to look forward to.