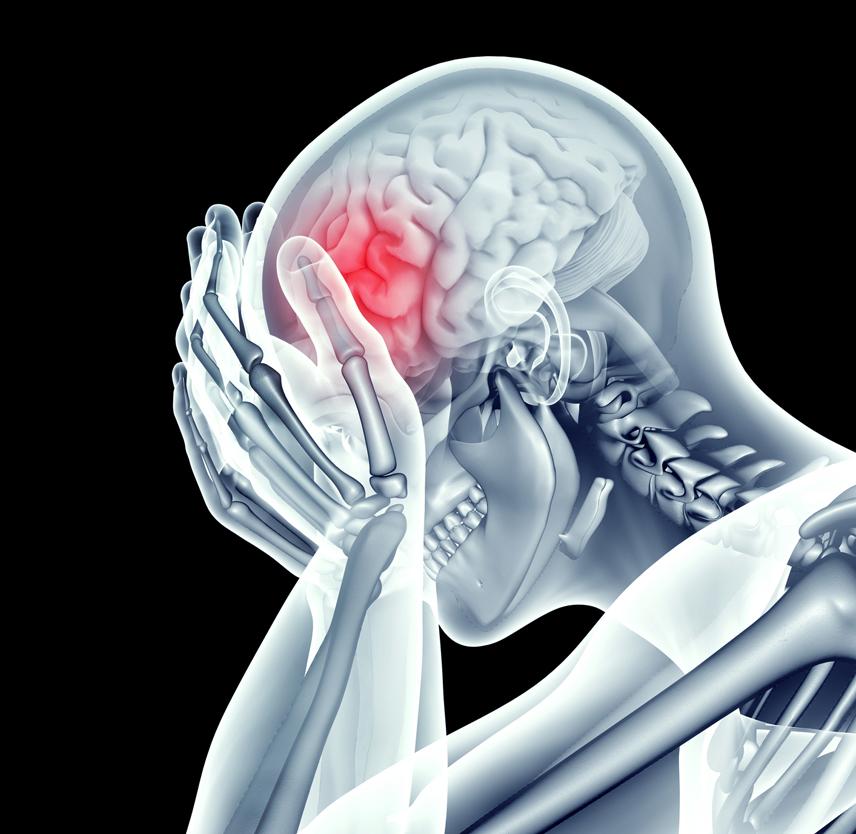 According to numerous scientific studies, the way in which one lives ones life could damage brain cells. There are certain lifestyle habits that affect our brains. These habits can threaten the health of our brains significantly, even when the connection isn’t obvious.

From denying the brain important nutrients to the killing of brain cells and exposing us to mental disorders like depression or anxiety, as well as physical ailments like Alzheimer’s, stroke, epilepsy, and even cancer.

In light of these, here are seven dangerous habits that damage your brain.

Skipping Breakfast: Breakfast is considered the most important meal of the day and skipping this meal can result in low blood sugar levels, which is very damaging to the brain. The brain uses more energy than any other organ in the body and regularly denying the brain enough nourishment causes a deficit in that energy budget, causing the brain to become less responsive to stimuli.

Skipping breakfast could cause general lack of energy, loss of concentration, and bad memory. Not only that, but it can affect you in other ways. Experts have found it can contribute to bad mood and poor physical and intellectual performance. Eat a substantial and healthy breakfast.

Chronic Stress: While situational stress is good for the body as it prepares it to fight or flee in the face of danger, chronic stress builds up the hormone cortisol in the brain and causes lasting damage. Chronic stress also kills brain cells and causes the brain to shrink.

Sleep Deprivation: You need eight hours of sleep a night in order for your brain to rest. Insufficient sleep deprives you of neurons and the ability to function properly. Also, lack of sleep dulls the senses and reflexes. Chronic sleep deprivation can make these effects permanent.

Depriving yourself of sleep accelerates the death of brain cells over short term. What’s more, it’ll keep you tired and in a bad mood all day.

So the next time you feel that you are too busy to get enough sleep, remember that until your prioritize your slumber, you won’t be performing at your best.

Dehydration: The body is made up of 70% water so it is critical to every bodily function, including brain function. The effect of dehydration on your brain happens really quickly too, with researchers determining that even just two hours of heavy exercise without water can cause cognitive decline. In studies, it was found that dehydration impacted functions like complex problem-solving, coordination, and attention the most.

Overeating: According to several studies, there is a connection between obesity and dementia and while the reasons are unclear, it is suspected that obesity occurs when the food we eat lacks nutrition, leading to the desire to overeat in order to meet the body’s need for vitamins and minerals. So even if you eat a lot, you could still be starving your brain.

Too Much Sugar: If your diet mostly consists of refined sugars, white flour, fried food, and packaged food, you might be doing yourself harm. This is especially true for diets that also lack sufficient amounts of vegetables, fruits and fiber. Such diets promote an accumulation of harmful substances in the body.

Although the body and brain need sugar to function properly, too much of it on a regular basis can cause your cells, including brain cells, to go into a state of chronic inflammation. This impacts the ability of the body to absorb important nutrients from food and begins to starve the brain of what it needs for optimal cognition.

Smoking: Smoking has a lot of negative effect on the body and clearly damages cell membranes and neural viability in the areas of the brain that manage balance, coordination, and both fine and gross motor skill. Not only that, it also thins the cortex, where processes including language, memory, and perception occur.

Also, heterocyclic amines that are released during cigarette combustion interfere with correct DNA reproduction. To make a long story short, this leads to mutations that can cause cancerous cells.

Covering your head while sleeping: Sleeping with your head covered increases the concentration of carbon dioxide in your brain. At the same time, it reduces the amount of oxygen you have, which could cause harmful effects for your brain.