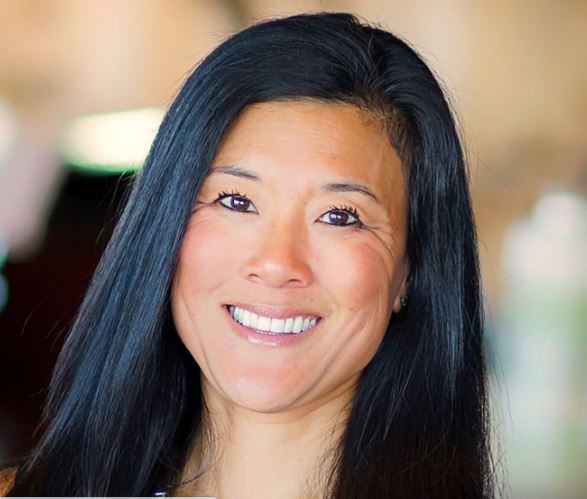 So many people feel anxious about their finances since the coronavirus outbreak. With that in mind, PEOPLE spoke to three inspiring, self-made millionaires to get their best financial advice as well as mistakes to avoid.

Some of these women had little money when they started out, like Siggi Hilmarsson, founder of a popular Icelandic yogurt company siggi’s, who struggled to pay rent before his company took off. 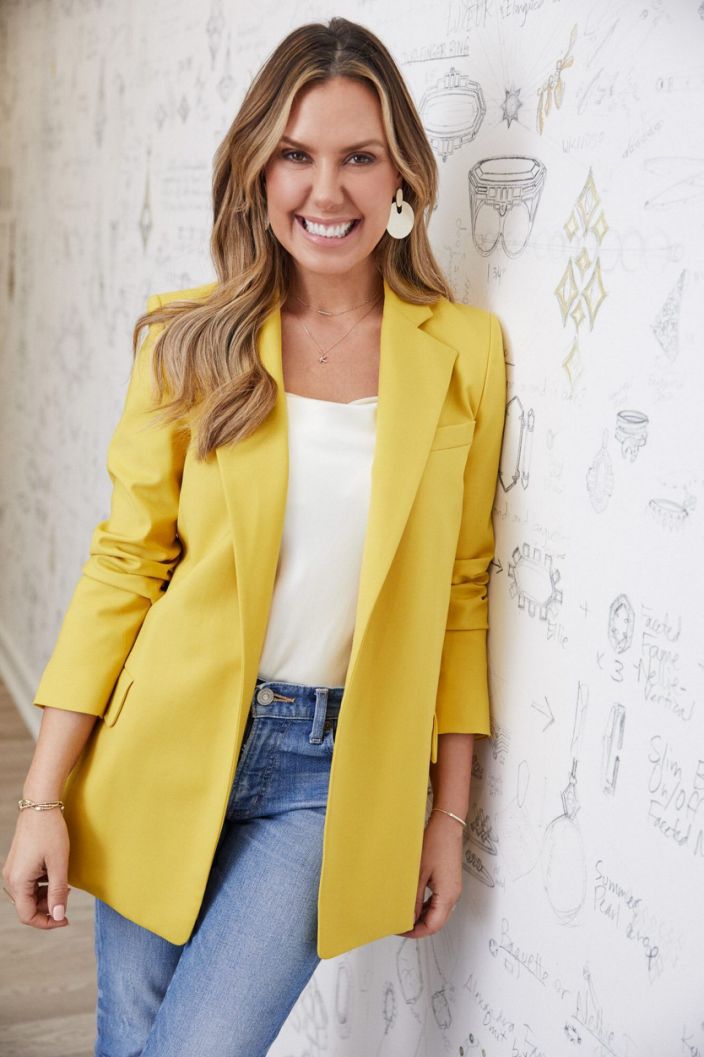 Scott, now a mom of three, used $500 to start a jewelry company in her Austin home just three months after giving birth to her oldest son in 2002. She says:

READ ALSO: COVID-19: How Couples Can Overcome New Financial Stress In These Times

“I’d noticed a white space in the market for the jewelry I really wanted — beautiful, natural gemstone jewelry at an accessible price point. Soon I discovered there were many women out there who were looking for the same thing.”

Indeed. While at first she went store to store in Austin seeking shops to carry her creations, Scott went on to build the brand into a billion-dollar accessories company with 108 stores across the U.S. and one in London, landing her on Forbes‘ list of America’s Richest Self-Made Women.

“When it comes to chasing your dream, never take no for an answer,” Scott tells PEOPLE. “When I started Kendra Scott, so many people told me I needed to move to New York or Los Angeles to have a successful fashion brand. This was just one of the many ‘no’s’ I heard in the early days. I could have easily let the ‘no’s’ discourage me, and believe me, there were certainly days where that seemed tempting. But I chose to trust my gut, and plant our roots in Austin.”

“I learned the hard way just how important it is to ask for help when you need it,” says Scott. “No matter what your goals are, success is not something you can achieve alone. As an entrepreneur, sometimes the greatest challenge you have to overcome is admitting that you cannot do it all on your own.”

“There are so many people that have mentored and counseled me along the way, who made an impact on me and on my business,” she adds. “I learned the great benefit of asking the advice of people who had more experience than I did, who had wisdom to share from mistakes they made in their own journey, and today I love nothing more than doing the same.”

After more than two decades working her way up in sales and marketing at Philip Morris, the married mom of four (pictured above) left to venture out on her own. She has owned a cannabis company and dabbled in real estate, and now owns three CycleBars in the Denver area.

“I would say some of the best advice was from my father, a corporate businessman,” says Locker. “Because I was in corporate America following in my father’s footsteps, very early on from day one I was told invest in your 401(k). I did it begrudgingly. I put away 18 percent and Philip Morris matched it, and I’ll tell you that was probably the best thing that I did. And investing in real estate was advice I was given — it’s investing for the long term, and finding property in the best location, not necessarily with the best views but the best schools.”

“In my 20s I got into the credit card race; I call it short-term gain for long-term pain,” says Locker. “You don’t want the short-term gain for the long-term pain because it takes a long time to pay off. And at 21% interest, that $80 sweater you bought? You’ve now paid $200 for it. My parents never educated me on credit card debt allure, and buying things beyond what you could really afford.”

“It wasn’t until I was in my upper 20s that I just thought, this is ridiculous,” she says. “I’m working so hard, I get that paycheck and I have to pay these credit cards off. So I consolidated everything, paid it off and to this day my husband and I really don’t have any debt. Everything we pay for is with cash.”

ALSO READ: Learn From Tara Fela-Durotoye How You Can Navigate The Work-Life Balance As A Businesswoman In Nigeria | WATCH 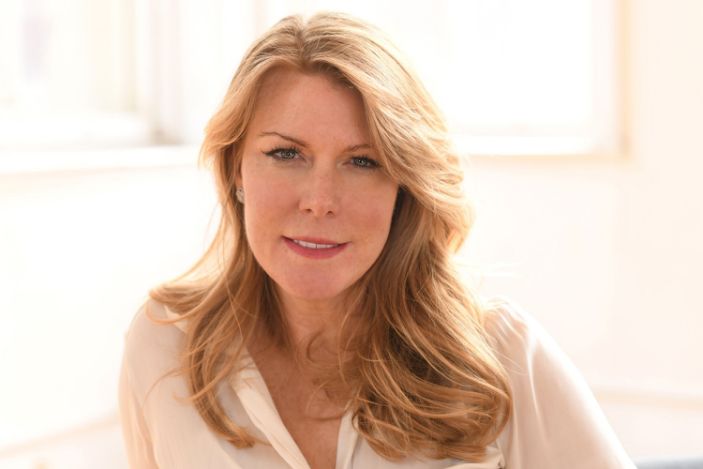 This Manhattan-based real estate broker says she has made over $8 billion in sales over her 25 years in the business.

“Some of the deepest and richest experiences that I’ve had are from relationships that began in real estate — meeting my clients,” she says.

A married mom of twins, Parker is also the author of the upcoming Back On The Market: A Realtor’s Guide To Love and Life, out in December.

“My dad always had this saying: ‘The harder you work, the luckier you get.’ And that’s a big one. There’s no real shortcuts there,” says Parker. “Also, you need a plan. There were friends of mine who just really wanted to have a lot of money, but they didn’t have a plan for it. And like a diet, we can sit here and really want that supermodel body, but you need a plan and consistency of that plan. I find that concept when you apply it, financially, is really important.”

“Trying to time the markets and investing in things that I don’t really understand,” says Parker. “I have also learned to trust my gut.”

Parker recalls a financial advisor suggesting she avoid investing too much in Apple stock when it was much less than it is today.

“I have so many of those [moments], where I have a feeling it in my gut that something’s going to really do well because I believe in the product,” she adds. “And then I have listened to someone else that I thought would know better than I would, but I was actually right. So now at 48, I go for it in a big way. And I’m proud of that.”

In 2005 and just a year out of Columbia Business School, Hilmarsson quit his consulting job and started his own yogurt company, specializing in Icelandic skyr, a creamy, low-sugar yogurt he ate growing up in Iceland. Starting out was rough.

“I had literally no money and no income from the yogurt for a really long time,” Hilmarsson says, adding his parents sometimes helped him pay his portion of the rent and bills for the apartment he shared in Manhattan. “But the idea of giving up didn’t occur to me.”

Good thing it didn’t. By 2018 the company was expected to bring in $200 million in sales when it was bought by French dairy firm Lactalis for an undisclosed figure, with Icelandic media estimating the amount to be around $300 million. Siggi’s is now in over 25,000 stores in the U.S. and more than 15 countries across the world, Hilmarsson says.

“The trick I tell people is to start your business right out of school because you are used to not having money,” he says. “I basically didn’t have a job for a long time, I worked nine months in a real corporate job and I had so much debt in student loans, I never really geared up my lifestyle working that job, and that helped me a lot. I went through a long time where I could not pay myself a lot of money living in New York, and if I had the expectations of a high lifestyle, that would have been hard.”

Hilmarsson says he can’t think of big money mistakes he’s made but has identified a lesson that might help others. He explains:

“Don’t live to the max of your means. Particularly for entrepreneurs, when you start working in the real world and you’ve been broke for a long time, people are so happy they have a job, they scale up their expenses very fast and then people get used to a certain lifestyle.

They tailor their lifestyle to their current income. Once you become an entrepreneur, that lifestyle is very hard to break with, and they find it hard to scale back.”