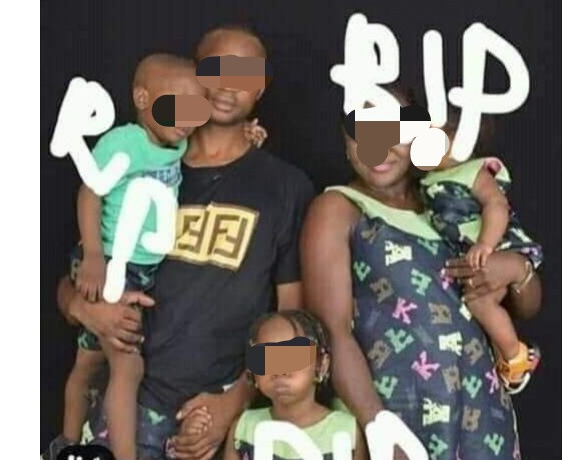 A scorned Nigerian woman took over the Facebook account of a married man, Chijioke Samuel, and declared his family dead after she discovered too late that he is married with kids.

Facebook friends of the married man were shocked when a photo of the man’s family was shared via the man’s account with RIP written on the faces of the man’s wife and three children.

The person posting the photo and declaring them dead wrote in the caption:

“I don’t know what to say. Words cannot describe what I’m feeling. Rest in Peace my dear wife and kids.”

However, it was soon discovered that it wasn’t the man posting it and that his wife and kids are still alive.

The woman posting then took to the comment section to make some revelations. She said she did not hack his account but always had his login details because he gave it to her. She said the owner of the Facebook account has been her boyfriend in Minna but he lied that he was single and never told her he has a wife and kids.

She further revealed that she got pregnant for him twice and he made her abort it. She added that she’s on a mission to take down his family and make his life as miserable as he has made hers.

She then proceeded to give intimate details of their sexual life. 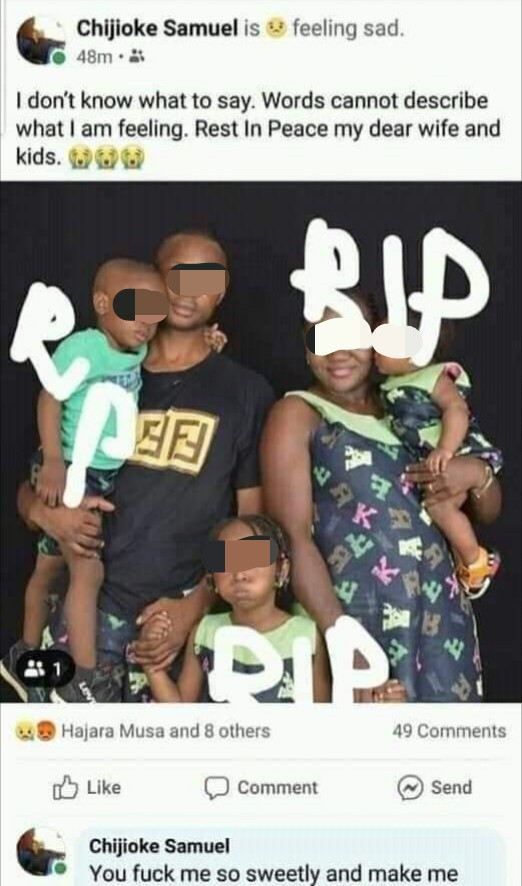 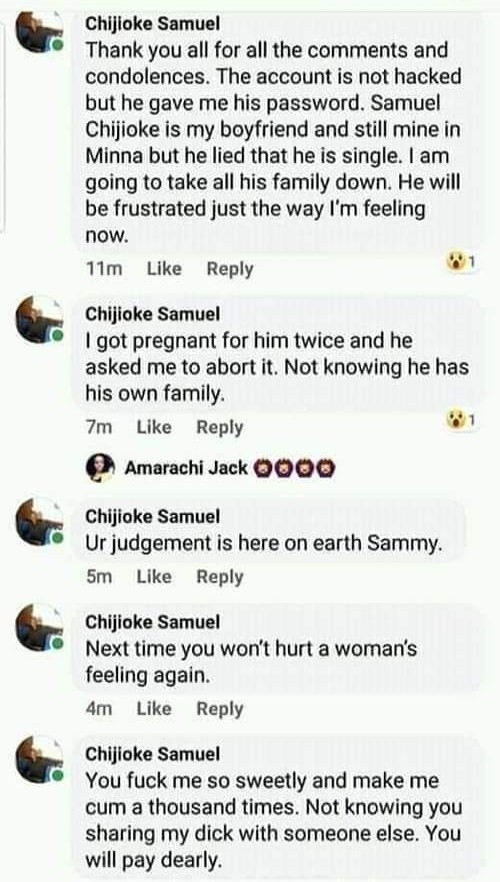