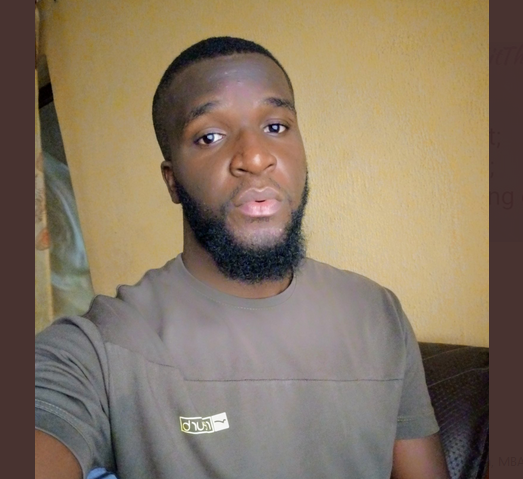 After having a unique encounter involving his niece and a complete stranger on the road somewhere in Nigeria, a man identified simply as Ebuka is sharing this experience to raise awareness on the need to be on a complete lookout for random children in the company of an adult.

Ebuka was walking along the road in Lagos with his niece who was visibly angry when a woman stopped to inquire who the ”angry child” was to him.

The complete stranger insisted on speaking with the child’s mother on the phone to ascertain Ebuka wasn’t about to abduct the child. After her painstaking interview, the woman told him that her niece was abducted a few years ago and has never been found since then. The stranger told him this has led to her developing Post-Traumatic Stress Disorder PTSD.

”A lady approached me this evening while I was pulling my annoyed little niece by the hand. Note, my elder sister came by with her kids. My niece was frowning, grumbling, and contending me because she was angry about me not buying her something she asked for.

The lady bumped into us and boldly asked who I was and where I was taking my niece to. At first, I was startled, I pondered a bit for the right response. The lady saw my hesitation and immediately grabbed my niece by the hand, and asked who I was for the second time.

Normally, I’d instantly get provoked by such a situation, but I perfectly understand what she was fighting for, so in my bid to support her, I humbly complied. I calmly told the lady that the little girl was my niece, then she pulled my niece some steps away from me and whispered to her if she knew who I was. My niece nodded and replied that I was her mom’s brother.

The lady re-asked if she was sure, my niece nodded. The lady brought her back to me and asked that I call my sister to confirm.

At that point, a man who was observing approached us to ask what was happening. I told him everything was fine, it was just family business, so he walked away and continued observing. I don’t know the man’s ideology, so I wouldn’t want him to interfere with the situation.

I called my sister. When she answered, I told her that a lady would like to speak with her. I gave the phone to the lady.

She asked my sister about her daughter’s names, tribe, state, complexion, height, and physical appearances like her hairstyle and clothing. I was impressed.

After the call, she gave the phone back to me and asked me a few questions which I answered accurately.

She wanted to apologize for the inconveniences but I begged her not to. And, I vehemently begged her to continue to interrogate any strange man she sees with a little girl.

We spoke for a bit, I discovered that her own niece got missing at Onitsha some years ago and was never found.

Since then, she has had PTSD over the memory. The story broke my heart. I’ll keep her niece in my prayers. I narrated to my sis what happened. She was so sad.

Child trafficking is an issue we don’t talk about that much. It’s happening every day around us, in our neighborhood. If you pay close attention, you will notice that there’s an announcement of a missing person almost every month on social media. Child trafficking is real.

If you see a strange man or woman with a little child, and your instinct pushes you to approach them, please follow through. Don’t be afraid, you might save a life. And, a big shout out to all the organizations fighting against this. May more power and support be unto you.

P.S- This happened in my neighborhood, just a street next to mine. I know over 10 guys on the street alone. That was why I relaxed and allowed the lady to be. Assuming it was in an unfamiliar neighborhood, I won’t tolerate a stranger to touch my niece.

See his original thread below:

A lady approached me this evening while I was pulling my annoyed little niece by the hand.

Note, my elder sister came by with her kids.

My niece was frowning, grumbling, and contending me because she was angry about me not buying her something she asked for.