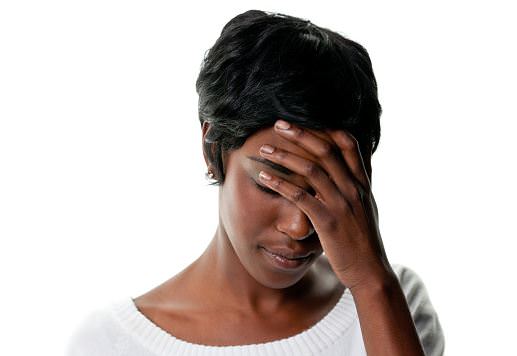 My mummy died almost three weeks ago. Before her death, she seized every moment to warn me about my uncle, her brother. She told me not to let him get hold of the documents of her property and her money.

I never took these words seriously because I did not know that she was going to die at a young age.

This my uncle is the only relative my mum was very much close to as he knew everything about my mum and her children. It was my mum who trained him since he was a baby and sponsored him to school while my mum dropped out of school so that she could work and cater to his needs.

READ ALSO:Dear MIMsters: Is My Behaviour Towards My In-Laws Abnormal For Anyone?

My uncle has also been a wonderful person to us because he always cared for me and my little ones. He didn’t give us money but anytime my mum was busy, he always looked after us. The reason why my mum always warned us to avoid him getting hold of her property is that my uncle always collects money from my mum with under the guise of borrowing it. He told her that he would return once his salary is paid but he never did.

So one time when my mum didn’t have money to borrow my uncle, this uncle of mine went ahead to pressurize my mum to help him borrow money from another relative. Due to the fact that everyone in my mum’s family respects her, they find it hard to say no to her wishes.

My mum’s relative reluctantly agreed to sell part of his land and gave the money to my uncle and when it was time for my uncle to pay back the money, he didn’t. My uncle also cheats on my mum. There was a time my mum bought a piece of land from someone close to my uncle, my uncle used this opportunity to collect 3 times the money of the land from my mum.

READ ALSO: Dear MIMsters: I Have Resolved to Do One of Two Things in This Violent and Abusive Marriage

When it was time for her to start the building, it was this my same uncle who disturbed my mum to leave the project for him to handle, and my mum danced to his tune. The amount of money my uncle collected from my mum is enough to complete the project but my uncle never completed it.

My mum accepted to move into the uncompleted building with the hope that he would complete it when he sees her living in an uncompleted building, but my uncle was never bothered. He even altered figures to make it look like it was my mum owing him and he made her pay before he released the original documents of the land to my mum.

Once again my mum danced to his tune by giving him the documents when he requested it.

Unfortunately, when my mum got sick and called my uncle to take her to the hospital where he works. After she returned home, my uncle told my mum that the bills she incurred while at the hospital were on his account but my mum refuted that by saying she always gave him money whenever he told her that they needed to buy things for her treatment.

READ ALSO: Dear MIMsters: My Husband Was Sterile And This Is How It All Ended

Let me just stop here as I am sorry for my long write up.

Now, that my mum is dead, my uncle has been the one fronting to people as my mum’s first child. He has been the one people give money to. He has been asking my mum’s office for her salary. He was told yesterday to come to her office with one of her children. I was out of the country but my immediate younger sister said she will follow him but my uncle wanted our brother who isn’t up to 20 years old to follow him.

When they returned, my uncle never told us anything else apart from that he was given only N10k.

My little brother said that my uncle was told to come to the headquarters of my mum’s office with a letter informing them of my mum’s death. How do I step in and take control of the situation so that my mum’s gratuity will not fall into the hands of my uncle?

READ ALSO: Dear MIMsters: MIL Was In Charge Until I Woke Up From My Slumber And ‘Sacked’ Her

My second question is, how long does it take to pay gratitude to the family of the deceased? And is it possible for the government to pay to someone who is not the next of kin?