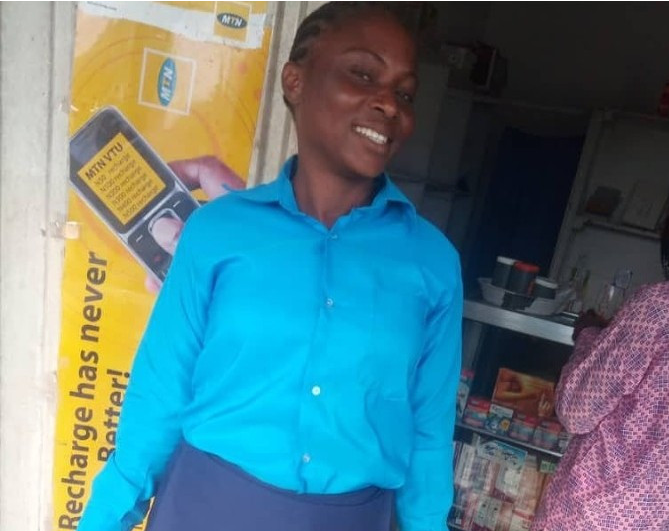 Christina Samuel, a 48-year-old “village farmer” who has always dreamed of being a nurse, but couldn’t due to early marriage, has joined those currently taking WAEC so she can fulfill her dreams.

The mum-of-three sponsors her children to school through the money she makes from farming. Her first son is currently a 200-level medical student whose education is sponsored with proceeds from her farming.

Christina finally decided to go back to school and began saving towards her education. She then quit her farming job to allow her study and is now sitting for the ongoing WAEC school-leaving examinations with her “daughter’s agemates”.

Christina’s niece shared the news to Instagram alongside a photo of her aunt in her school uniform. She added that her aunt was afraid to make the move but she did it afraid.

Sharing a picture of Christina in her uniform, her niece, @azaaa_firequeen wrote :

“My mum’s twin sister, Christina Samuel ,a village farmer with no previous education due to poverty and 3 kids from an early marriage, writing her first o level exams waec at 48years .”

“Her first son is a 200level medical student sponsored by her farming . She hopes to study auxillary nursing which has been her life long dream and so after making up her mind,

she quit farming this year and sent her kids to family members so that she could study and enrolled in waec.

She was willing to starve if it meant studying instead of farming so that she could meet up the curriculum given to her.”

“Initially she was worried about writing waec with her daughter’s age mates and also had fears of passing the waec but not being able to finally afford to study the nursing of her dreams seeing how she practically had to save for a year just to register and write her exams without bothering about her son’s School fees.

Knowing how excited she was , I told her to start afraid, as long as she was determined someday she would be a nurse if she doesn’t give up, even if it means studying at 60 when her children must have finished schooling and we might all be financially strong enough to sponsor her.”

“Poverty can limit your ability to achieve your dreams Christiana but it should never stop you from daring to dreaming.

I know how hardworking, honest , cheerful and peaceful she is. I know you would have made an amazing nurse if not for the fault in your stars .

I just want to encourage her for pursuing her education at last despite age and financial barriers. Please say a word of encouragement for her .” 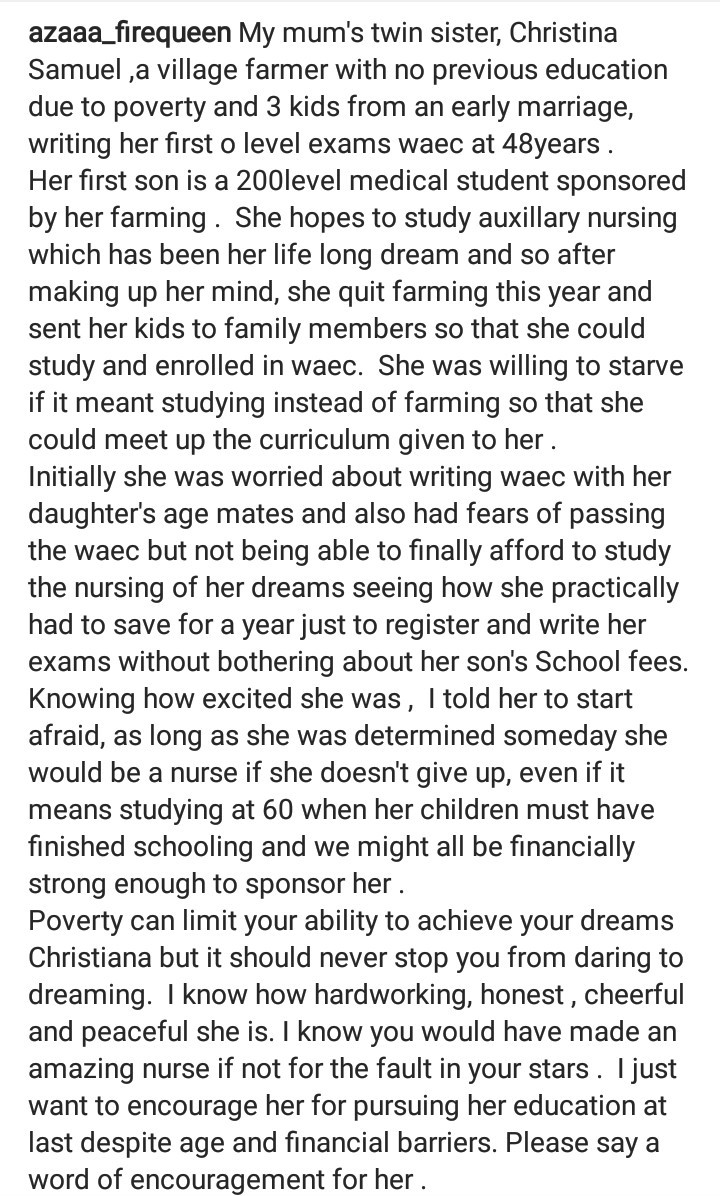