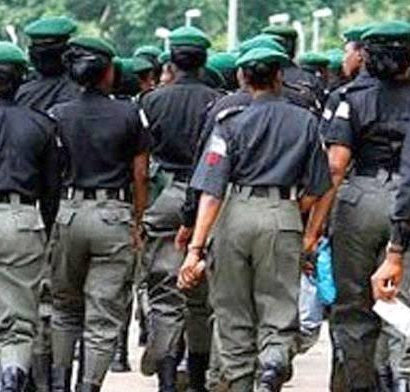 The Nigeria Police Force said on Thursday that the screening of candidates who applied to join the organisation as constables will commence very soon.

According to a report by PUNCH, the screening will start from August 24 to September 16, 2020.

It directed the applicants to appear at the screening centres in clean white T-shirts and shorts for the exercise which would take place at designated locations in each state and the Federal Capital Territory.

The police said specific guidelines for each state would be announced by the Police Public Relations Officers in the 36 state commands and the FCT, noting that the screening and other aspects of the recruitment would be carried out in strict compliance with the COVID-19 prevention protocols.

According to a statement in Abuja on Thursday, by the force spokesman, DCP Frank Mba, the applicants were expected to come with their National Identity Number; original and duplicate copies of credentials, (O’ Level results); certificate of origin and birth certificate or declaration of age neatly arranged in two white flat files with recent passport photographs.

They were also directed to come with the printout of application submission confirmation page, and a duly completed guarantor’s form.

The statement cautioned that any candidate who failed to present the requirements will not be considered for the screening.

The statement titled, ‘Recruitment into the Nigeria Police Force (Constables): physical and credential screening to commence from August 24 to September 6, 2020,’ read in part, “The Inspector-General of Police, Mohammed Adamu, reiterates that the recruitment exercise is absolutely free of charge and without any pecuniary obligation.”

The IGP equally assured that the process would be conducted “in the best tradition of transparency and accountability.”

He advised the applicants to be wary of online imposters, scammers and other criminal elements who might want to take advantage of the recruitment process to dupe innocent candidates.

He said anyone found wanting will be arrested and prosecuted.