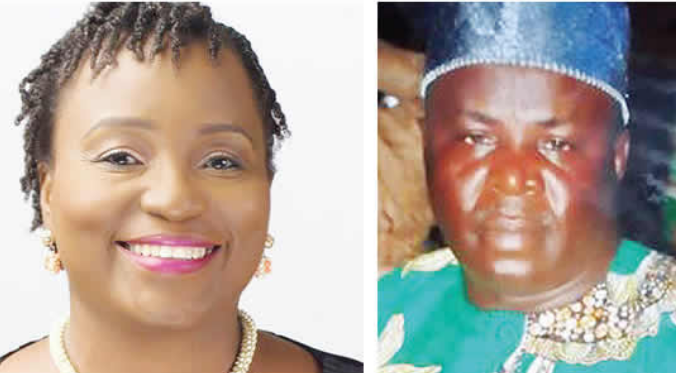 Here’s Your Strongest Protective Factor Against Depression According To Experts

Taciturn, according to Cambridge dictionary means tending not to speak much, Not saying much, usually speaking very little.

Someone who is taciturn is reserved, not loud and talkative. The word itself refers to the trait of reticence, of seeming aloof and uncommunicative. A taciturn person might be snobby, naturally quiet, or just shy. A taciturn person does not say very much and can seem unfriendly.

PUNCH correspondent spoke with some married couples on how they would relate with their reticent spouses and their responses are quite interesting.

I’ll do things to make her talk

I will definitely cope because there are ways I can get her to talk.  No matter how difficult she is, she will open up to me. I will always discuss things that are interesting with her.

My wife is someone who loves fashion and cooking, so discussions will border on those two things. I will show her new designers and we will start talking about it from there. I will chip in main issues bothering me. It is just like introducing something spicy and later give her the ordinary one. I believe with time she will change.

Marriage is about equity. It means one person is covering for the other. It’s not about equality. If I found out that my husband is a taciturn person, I would have to pray to God about it. The next step is to talk to him about it and spend quality time with him.

I will use love language as a means to lighten up his mood. By spending time with him, I will be able to identify his interests. Identifying his interest will make me know the kind of games he loves.

If it is football, I will ensure I watch it with him and also buy his club jersey for both of us. If it is another sport like table tennis or PS5, I will play it with him. In so doing, I will make him more engaging and he will start talking more with me.

I’ll accept her the way she is

If my wife is taciturn, I will accept her like that. It is a matter of understanding; I have to understand her for who she is. Sometimes I know that I might feel lonely or disturbed by her silence, I will find a close family member that will always come around to encourage me from time to time.

I believe this will also help her to change as well. I will try often to make her happy and not to provoke her by giving her time to change.

If my husband is taciturn, it might not be easy for me but I know that no one is perfect. That is why life is full of ups and downs. My weaknesses may be someone else’s strengths. If I have that kind of husband, I will make up for him and try to work on his weakness.

I will not see that as an opportunity to neglect him in discussions. In fact, I will talk to him more and engage him in interesting topics. We will always do things together like games, dancing, and eating. Doing that, it wouldn’t take him long to begin to talk more because we are engaged in his interesting activities. I love him and that is the main reason I have to be patient with him.

I’ll reduce expectation from her if I’m chatty

First of all, being a taciturn person isn’t a problem. And if my wife happens to be taciturn, it shouldn’t really be challenging for me. What I will do is to reduce my expectation in that area especially if I am talkative.

I will also study her to get to know a better way to have conversations with her. I cannot force her to be like me or rather to be what she doesn’t want to be. She is my wife and I love her no matter what she turns out to be. With prayer and patience, I know that she will change.

I can’t cope with such a spouse

Communication is key in every relationship. How would I know what he’s feelings if he doesn’t speak out? I cannot pretend. I don’t like that kind of person. If my husband happens to be a taciturn person, we will go for counselling. But if I observe that his being silent means he is taking a timeout to think things through and then address them later, I will have no problem with that.

There are times in marriage when being silent is acceptable and even productive. For instance, if I am usually abusive when we are quarreling and my husband is giving me the silent treatment, I won’t mind his taciturnity because it will help me to stop. But if that is who he is naturally, I cannot cope with it.

I’ll force her to be loquacious

I will try to force her to be garrulous. If it is an attitude she has before we got married, I will accept her like that. But if it is an attitude she newly developed, I will try to influence her in my own way. I can’t change her or rather force her to change; it has to be something that she wants to do willingly. I will make her see reasons why being a taciturn person can cause danger to our marriage.

I’ll beg him to talk more

I will need to be calm with him since I know the type of man he is. It might be an attitude he just developed as a result of something he experienced. I will try to know the reason for his change of attitude by simply observing him.

I need to be patient, give him space and time for him to share his inner thoughts and feelings with me. However, I will still bring it to his notice that his behaviour is hurtful to me and that I will appreciate it if he tries to talk more.

I’ll respect her for who she is

Taciturnity doesn’t depict that someone is weak, soft, stupid, detached or uncaring. I will never assume silence is consent. If my wife is taciturn, I will ensure I respect her for who she is by giving her enough space to change. When I am trying to advise her I wouldn’t push her too far or too fast.

I strongly believe that because we are staying together, it will be a lot easier for her to change and become talkative. I will try to give her space by closing my mouth more often and create a quiet environment for her because a taciturn person enjoys silence and quiet places.

READ ALSO: 20 Non-negotiable Issues Couples Must Discuss Before Getting Married, According To A Woman

I really do not like that kind of man because I wouldn’t know what his next move is or what is going on in his mind. If my husband has that kind of character, it simply means he doesn’t care enough to try to communicate or collaborate with me. I see it as an act of him trying to avoid taking responsibility or to admit wrongdoings.

If he is fond of returning home late and I try to talk to him to stop or explain to me why he is coming home late and he just looks at me without saying a word, it will really hurt me. When I give him some time and he still doesn’t want to talk about it, it will cause problems for us because his behaviour is unhealthy for our marriage. I honestly cannot continue in that kind of marriage.