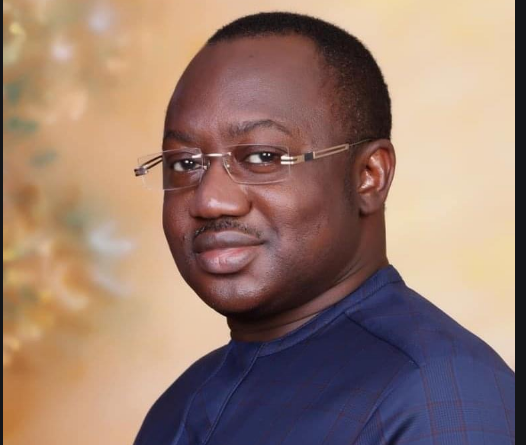 NAFDAC Warns Against Eating Apple And Blackcurrant From This Country | Details

A writer has started a debate on Facebook after he said grooming kids for suffering is a disservice to the future. Ademola H. Adigun wrote about a couple who have opposing views on raising their kids. Though they are wealthy, the husband is bent on teaching kids to live life the hard way and do things manually, like washing their clothes with their hands, while the wife is the opposite.

Giving his opinion, Ademola said teaching kids to adapt to suffering is a disservice.

A couple were arguing on the kids learning to wash manually or use the washing machine. The father was old school. The “I suffered to make it” type. “Let children learn that life has turns”

The wife was “we suffered so our kids will not suffer” type. She felt there was no point of “unnecessary hardship”

Me the arbitrator… no views. Whatever works for parents.

But I told them… we do a disservice to the future when we groom kids for suffering.

Adaptation to wealth and comfort is the more difficult one. Poverty is easy to adapt to.

Why suffer a Nigerian child that is already suffering by being born a Nigerian? 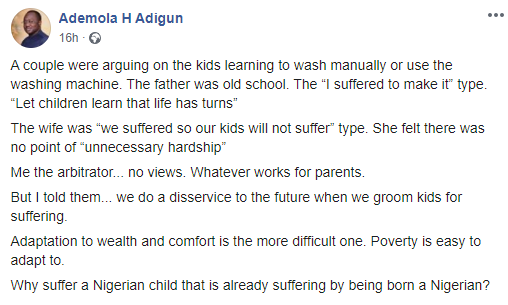 His post started an argument as some people opined that it’s best to teach kids to live the hard way since the wealth may not always be available, while others said teaching kids to adapt to suffering gives them a poverty mentality and prevents them from using their time wisely.

As the argument intensified, Adigun narrated an event that occurred when he was in Europe and needed to have his clothes laundered. 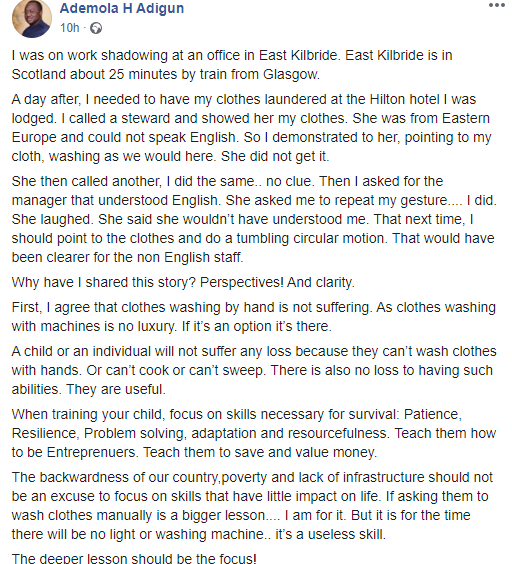 After his narration, some of his followers continued to insist that children must be taught to hand-wash clothes, so Adigun sarcastically advised them to also teach their children to use grinding stones to grind pepper since they prefer the harder life.

“Teach them how to grind pepper with hands on stone while you are at it. Teach them to use wood to cook.

Teach them to use lanterns. Sebi, we are teaching survival skills for the dark ages. Egusi tito and beans picking self!”