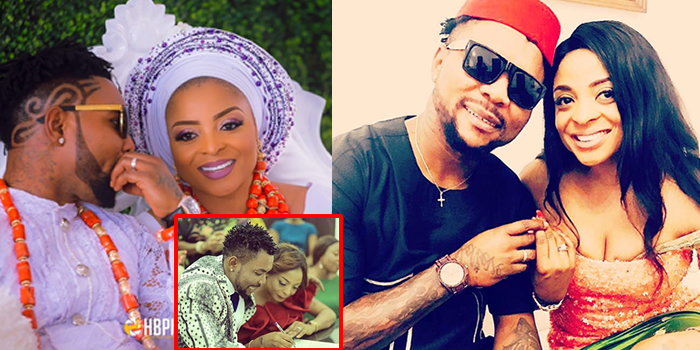 Singer and performer, Oritsefemi Ekele, popularly known as Oritsefemi, has shared some gems for a lasting and fulfilling marital life.

The dad-of-two who first directed his advice towards celebrity couples warned that it could not be in the interest of a couple or their marriage if married people did not adopt a lifestyle that is different from that of singles.

The 35-year-old said couples who kept secrets from each other were bound to face troubles, adding that one of the things that had worked for his marriage of three years and counting is transparency.

READ ALSO: Harry Song Shares On Why He Is No Longer Keen On Marriage At This Time

Speaking with Saturday Beats, the Double Wahala crooner also said he disagreed with those who believe that celebrity marriages don’t last.

‘If you can recognise a person in the afternoon, you won’t light a lamp to glance at them again at night.’

This simply means that when a couple knows each other very well, there is nothing that will be strange between them.

It also means that an outsider’s opinion will not be welcome.

“Communication is important between couples. There should be nothing that a man can’t discuss with his wife and vice versa.

If a couple keeps many secrets, there will be trouble. They need to be natural and free with each other.

For instance, I’m open to my wife and she knows me well.

The dad-of-two further offered that:

When you are still single, there are some things that you can get away with, but that cannot continue after marriage.

There should be a huge difference between when a celebrity is married and when single.

The lifestyle of a married celebrity should be different from the days he was unmarried.’’