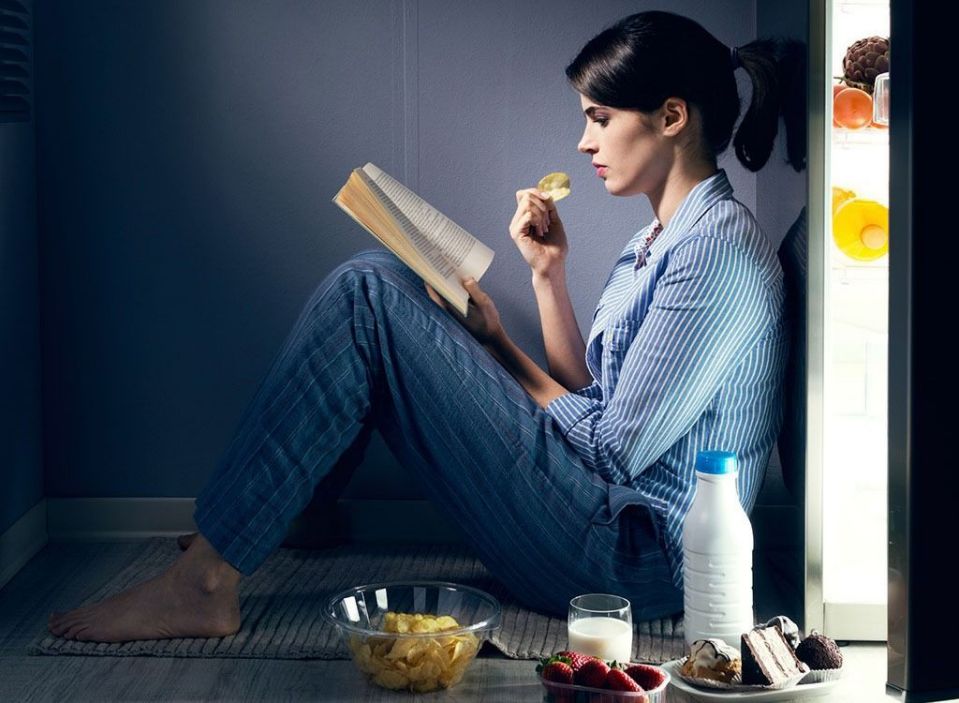 Eating at night can bring about all kinds of unwanted side effects. But besides causing indigestion and insomnia, late-night snacking can adversely affect your weight loss efforts, too.

According to a new study from Ulster University in Northern Ireland, eating more in the evening, rather than during the day, is linked to consuming more calories overall, and eating less nutritious foods.

The study examined 1,200 adults in the UK, who kept detailed food diaries from 2012 until 2017. An analysis found that those who tended to consume a higher proportion of their calories in the evening had a poorer diet and were more likely to consume more calories during the day.

READ ALSO: From Covering Your Head While Sleeping To Skipping Breakfast, Check Out Some Lifestyle Habits That Can Damage Your Brain

Although late-night eaters actually consumed fewer total carbohydrates and sugar than those who ate more during the course of the day, they were more likely to eat more junk food, fatty foods, consume alcohol, and eat fewer nutrient-rich foods, and those bad habits outweighed the lower carb intake.

Judith Baird, PhD, one of the co-authors of the study, said the late-night eating is well-known to influence weight gain, but there’s less information about other averse side effects. She noted in an online presentation:

“The timing of eating has been shown to influence metabolic and physiological processes, with irregular eating patterns, such as eating late at night, associated with an increased risk of obesity. However, less is known about how the timing of eating influences food choices and overall diet quality.”

READ ALSO: Weight Loss: Getting It Right With Intermittent Fasting

So it’s not necessarily the fact that you’re eating late at night that’s causing you to pack on the pounds, it’s the diet choices you tend to make late at night, when relaxing on the couch with your favorite snack and a glass of wine, that are really doing you in.