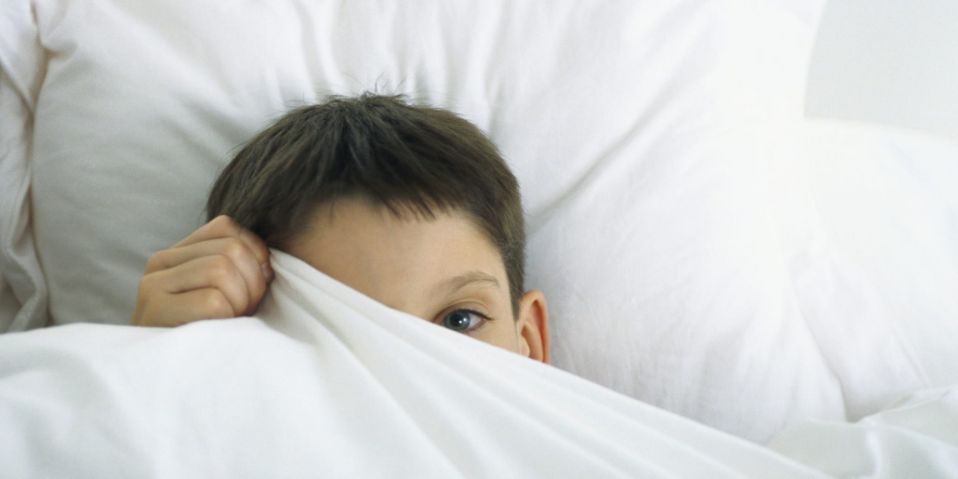 Why Pot Bellied Men Stand The Risk Of Untimely Death

It is a misconception that bipolar disorder is rare in children. Rather, the disorder is often misdiagnosed in youths as ADHD or depression because these conditions exhibit similar symptoms.

On average, people start to show symptoms of bipolar disorder at age 25. However, the mental health condition can affect people of all ages — including teenagers and children.

About 4% of US adults are estimated to experience bipolar disorder at some point in their lives. That number drops to about 3% in American adolescents between the ages of 13 to 18, making the disorder less common in young people, but not necessarily rare.

In children, the condition is classified as early-onset bipolar disorder. While bipolar is more commonly diagnosed in older children and teens, it has been diagnosed in children as young as five.

Anandhi Narasimhan, MD, a board-certified psychiatrist with a private practice in Westwood, Los Angeles, says that risk factors that can increase a child or teen’s risk of developing early-onset bipolar disorder include:

Unless a child has a strong family history of bipolar disorder, it can be hard to diagnose it or differentiate it from other disorders like ADHD or depression, says Lea Lis, MD, a board-certified psychiatrist with a clinical practice in Southampton, New York. That’s because symptoms in children are often not as pronounced as those in adults.

“The full spectrum of the illness really does not develop until the brain is fully formed as an adult,” says Lis.

Symptoms of bipolar disorder in children

Children with bipolar disorder will experience discrete episodes of depression and mania, the same as adults. However, children will not always exhibit symptoms in the same manner as adults, with their symptoms often being less pronounced.

Children with bipolar disorder also experience rapid cycling more often than adults. Rapid cycling is when a person has four or more mood episodes a year. In adults, episodes may last days or weeks, whereas a child may move between depressed and manic moods much quicker — even within a day, says Lis.

According to Jill Weinstein, a child mental health expert at the Berman Center Clinical Director of Evolve, symptoms of mania in children include:

Because bipolar symptoms present themselves differently in children and teens, it is often misdiagnosed as ADHD, major depression, anxiety, and conduct disorders, says Weinstein.

Common symptoms of ADHD and bipolar disorder include hyperactivity, irritability, distractibility, impulsivity, and difficulty sleeping. However, with ADHD, these symptoms will persist, whereas a child with bipolar disorder may exhibit them for a period of time before they disappear as the episode ends.

While every child and teen may experience mood swings brought on by factors such as puberty, changes in mood due to bipolar disorder will be more extreme and widespread. For bipolar disorder, Lis says mood swings should be consistent and ongoing and are associated with risk behaviors like skipping school and misusing drugs and alcohol.

Episodes are also associated with grandiosity that goes beyond “just a little teenage showing off.” A child or teen with bipolar disorder will direct moodiness to people beyond their parents, such as to teachers or friends.

Due to the symptoms of bipolar disorder overlapping with other disorders common in children like ADHD and anxiety, Weinstein explains an extensive evaluation must be completed by a mental health professional to ensure a correct diagnosis.

How can I help my child or teen?

Some good questions to ask yourself are:

If you answered yes to any of those questions or are still unsure, Weinstein recommends bringing your child to a mental health professional for further evaluation.

Before going to the evaluation it’s important to be open with your child. Encourage them to talk about their concerns with you and the doctor. Most importantly, listen to what they have to say, and remind them that treatment may help however they are feeling.

Treatment options for children with bipolar disorder are similar to adults in that it usually involves some combination of medication and therapy.

Like adults, children with bipolar may be prescribed mood stabilizers, like lithium, but in lower doses. Parents should look out for side effects of medication and alert their child’s doctor immediately if any appear such as nausea or severe tremors.

Sleep is also paramount in regulating bipolar disorder and in preventing relapses, says Lis. Helping your child create and maintain a healthy sleep schedule can go a long way towards managing the disorder.

Parents can also support their children by learning triggers that activate episodes, encouraging open communication between themselves and the child, being aware of their child’s mood changes, and explaining the benefits of interventions such as medication.

Although the average age of onset for bipolar is 25, children as young as five can still be diagnosed with the disorder. Children with bipolar may experience more rapid cycling and depressive episodes than adults.

While mood swings are common in all teenagers, reach out to a professional if your child’s temperament is impeding on their everyday life functioning and relationships. Bipolar disorder is a life-long condition, and it can be successfully managed through medications and therapy.

Read the original article on Insider