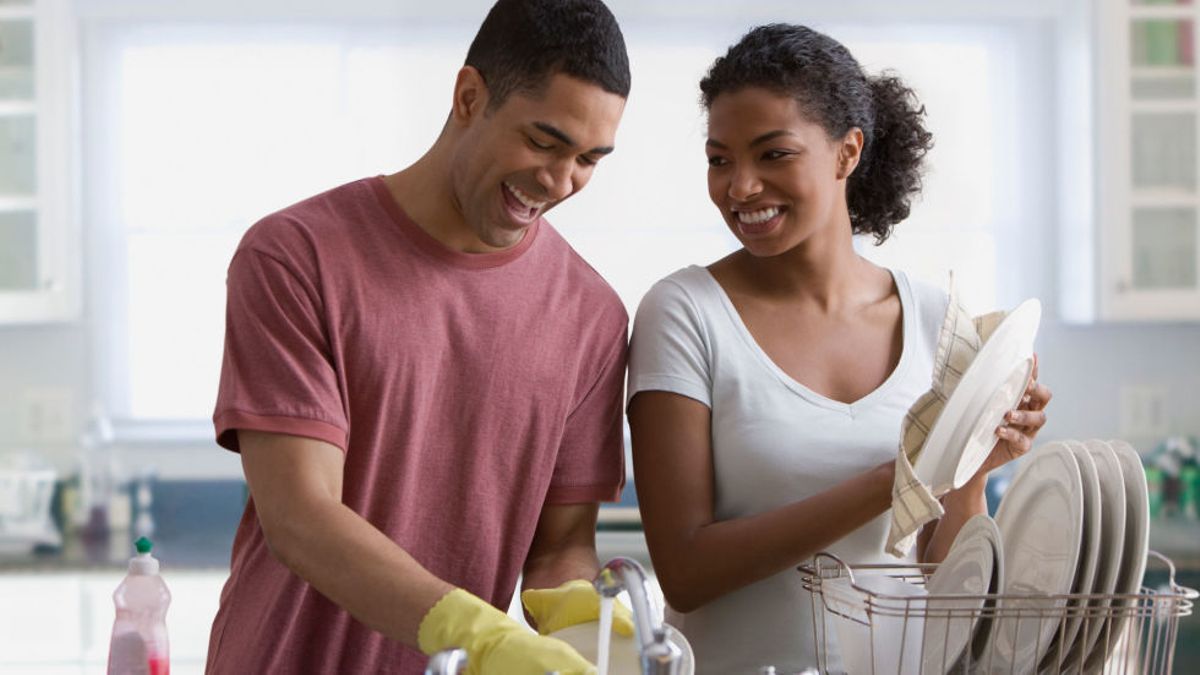 Women’s relationship satisfaction depends on equal household duties, while men’s depends on partner’s communication. This is no secret because we know that many women grumble and secretly resent their partners for not helping enough or at all with home chores.

For men, however, it does not seem clear why not helping with chores is a problem unless it is clearly communicated.

Partner communication is the most important factor linking the division of household labor to satisfaction in the relationship, according to researchers. But the way that the partners’ communication matters depends on gender.

In a new study, Daniel Carlson of the University of Utah Department of Family and Consumer Studies led a team that analyzed the role that communication plays in the division of household labor.

The authors used data on 487 heterosexual couples from the 2006 Marital and Relationship Survey. They focused on two things:

They found that partner communication is the most important factor linking the division of household labor to satisfaction in the relationship. But the way that the partners’ communication matters depends on gender.

“Right now people are quarantined, and families have lost important supports that enabled them to work.

We’ve lost child care and schools, and some people have lost jobs, so more responsibilities have been thrust onto parents,”

said Carlson, associate professor and lead author of the paper.

“In these times, focusing on the division of labor and understanding what factors shape it is important.”

The paper was published on June 1, 2020, in the journal Socius. Amanda Miller and Stephanie Rudd from the University of Indianapolis were co-authors of the study.

Rather, it’s an outcome of how the couple shares housework. When men contribute equally to household duties, they communicate better. When women do the majority of the housework, men communicate worse. For women, an equal division of labor is important to their relationship satisfaction. For men, it depends on how his partner communicates with him.

“The division of labor has ramifications for not only individual relationships in terms of how happy they are, but also has implications more broadly in society,”

“When societies have gender equality, people have more life satisfaction and happiness.”

At first, Carlson had expected that men’s communication would determine the division of labor. Traditionally, women have had difficulty gaining equality in relationships and men were the impediment to this. But in this study, that doesn’t bear out.

“Women’s communication driving the labor division makes a lot of sense. If change needs to happen, women tend to be the one that’s going to fight for more equality.

Bishop David Oyedepo Chides Young People On The Excessive Use Of Social Media: “The Honor Of This Generation Has Been Wiped Off”

The burden of communication would fall on their shoulders,”

“It’s also surprising that it’s not compassionate communication that gets men to do more housework, it’s the negative communication.”

Carlson is now looking into how the COVID-19 pandemic and subsequent quarantines has shifted the parents’ divisions of childcare and housework.

In a pre-publication brief, Carlson shared his and the team’s initial findings. They analyzed responses to a survey of 1,060 parents in heterosexual couples conducted in mid-April that asked them to assessed the division of labor in their household during the pandemic compared with before it began.

The preliminary results suggest that men are doing more housework and child care since the pandemic began, and this has led to more equal domestic arrangements. Women are still doing the majority of the housework, however.

“A lot of families are in a position where they’re in this new world where they’re going to have to renegotiate their arrangements,”

“Right now, it’s an important time to think about the role of communication in this, and how things might change after quarantine is over.”