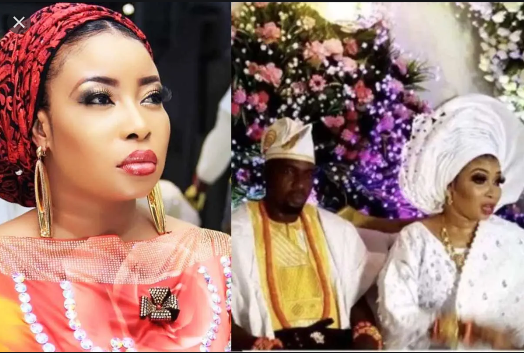 Actress, Liz Anjorin has said that there is nothing like ‘husband snatcher’ in Islam. The actress who got married in a private ceremony in July this year, stated this in a post she shared on her Instagram page on Wednesday September 23.

Despite the actress’s choice of a private wedding ceremony, her union has been trailed with scandals and scoff. According to waging rumours, the man Liz married has three wives already and children from the unions. Rumour mills insinuated that the actress had cruelly snatched him from his family.

Liz, however, has taken to social media on multiple occassions to dismiss the accusations and now she says it is within the confines of her faith and that of her husband that a man marries more than one wife, maintaining that there’s no such thing as ‘husband-snatcher’ in Islam.

‘‘Ladies be aware that in Islam nothing like HUSBAND SNATCHER..even as ordinary girlfriend to my Muslim brothers you’ve automatically become wife, if you now officiate ur relationship with NIKAI you don become authentic wife..

Doing court wedding in Islam doesn’t stop our brother from marrying another woman.

My dear sister the only way you can be well honor with huge respect is to be your husband shoulder with your stand ..