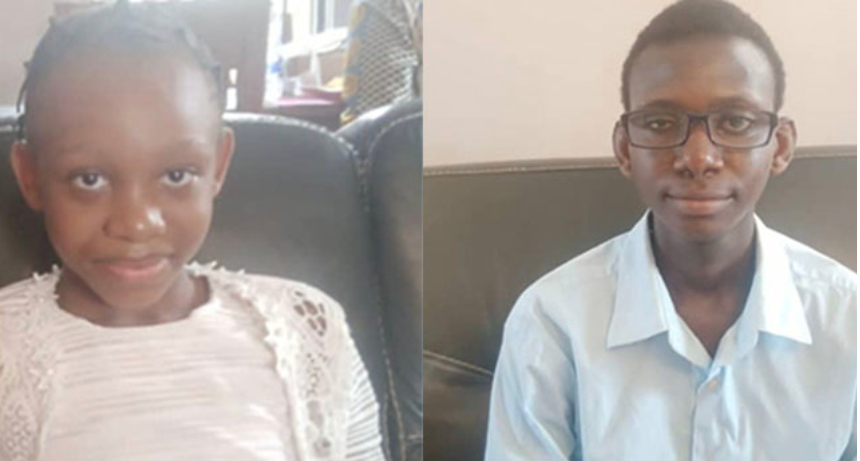 Despite the growing number of cancers among children in Nigeria, there is no remission for the children who fight this deadly disease.

Parents of such children tell PUNCH the financial and emotional drains that go with childhood cancer management.

Tomiwa Osisanya, a 16-year-old boy has spent 3 years in pains since he was diagnosed with cancer in 2018 — the year no fewer than 30,000 children like him came down with cancer in Nigeria.

That figure, according to experts, has been consistent every year. Worse, the chances of him surviving are on a wing and a prayer because, according to those experts, childhood cancer mortality rate in Nigeria is very high because of a range of factors, the biggest being accessibility to, and affordability of, care.

“For these reasons, the survival rates for childhood cancers are low,” Malami told PUNCH HealthWise.

The Osisanyas and other families of children living with cancer have also confirmed this. They explained how huge bills start piling up right from the registration procedure to the treatment, and they pay all these out of pocket, mainly by sourcing for funds from relations, friends, and non-governmental organisations.

This reflects the reality faced by families affected by childhood cancer: It never only affects the child; it also impacts families who strive valiantly to ameliorate a child’s suffering.

In resource-limited settings like Nigeria, cure rates have lagged behind and survival rates from childhood cancer are low due to the lack of political will on the part of government, unaffordable cost of treatment, and delayed diagnosis, among others.

“Even for adult cancers, only a handful of patients are eligible for free treatment in Nigeria in the modified National Health Insurance Scheme,”

For Tomiwa’s father, Mr. Sola Osisanya, all hopes of paying his son’s medical bills depend on loved ones and a non-governmental organisation for the treatment of his son who has a brain tumor.

Besides brain tumor, leukemia, kidney cancer, and retinoblasroma are other types of cancer afflicting children in Nigeria, according to Malami.

For young Osisanya battling brain cancer, ever since his treatment began in 2019, his father has been bearing the financial burden of taking care of him.

SEE ALSO: Expert, Dr. Adedayo Joseph Raises Alarm Over How Misdiagnosis Among Other Factors Is Leading To Increased Deaths From Childhood Cancers In Nigeria

“When we had the first surgery at the University College Hospital, Ibadan, we paid hundreds of thousands of naira, and we were referred to the Lagos University Teaching Hospital, Idi-Araba, where we also paid almost N1,000,000 for the treatment.

“In fact, we had to pay N30,000 first for registration. This is apart from the treatment. In August, we had another surgery and we spent nearly N1.5m,”

All this spending didn’t include the cost of hotel accommodation and feeding, though, as they had relocated from Ibadan where they live.

“We are meant to go for another treatment now, but I’m stuck because there is no money. If not for some people that I call for help, and the Founder of Children Living with Cancer Foundation, Dr. Nneka Nwobbi, it would have been worse,”

Mr. Godwin Agu recalls how horrendous he felt when he was told that his daughter’s symptoms were caused by cancer. Kelechukwu Agu was only six-years-old in 2016 when she was diagnosed with kidney cancer.

“She had a lump in her right ribs and she was emaciating; so, her mother decided to take her to the staff clinic at the University of Lagos, Akoka. From there, we went for a scan and within hours, we received the devastating news that she had kidney cancer,”

Agu said. Agu, who is in his 70s, struggles to fend for his family while his wife’s salary cannot match up with their needs.

Narrating the tough journey, he said they were referred to LUTH where they stayed up to two months until they ran out of money. It was in that state of despair the second month that Dr. Nwobbi came to their rescue.

“We were paying huge money. I can’t even remember how much we spent in total. Truthfully, parents are suffering and struggling to take care of these children,”

While they were at the hospital, they saw some children in the ward die because there was no money to continue the treatment. Mr. Agu explained how it has not been easy with him because he had a stroke, with two other children to take care of.

“We were asked to go for a medical check-up last two months, but we could not go because we don’t have the money. Even the transport fare from my house to the hospital is hard to get,” he lamented.

‘It started with recurrent fever’

Just 3 months after his mother passed on, Timothy Olaonipekun, who was 12-years-old, started having recurrent fever and headaches that did not go away after several weeks.

It was at that point his father decided to take him to Sacred Heart Hospital, Abeokuta, Ogun State.

Mr. Olumuyiwa Olaonipekun said the day Timothy was to be discharged at the hospital, he was still having a fever and the doctor decided to do a thorough examination on him.

“Then, he discovered that he had some lumps in his armpit, chin, ear and the doctor extracted the lump at the armpit for examination and he informed me that it was leukemia.

“When the doctor informed me of what he found out, it was a bitter pill to swallow but being a man, I mustered the courage to face the reality,”

They went from Abeokuta to LUTH where they stayed for three months in the hospital.

Shortly after Timothy completed his chemotherapy in 2015, he was diagnosed with another form of cancer in 2016. This time, it was Hodgkin lymphoma.

“Timothy was having pains in the body and I thought it was an infection. But, one Sunday, we had to rush him to the hospital again and each time we go to the hospital, I was meant to have at least N50,000 for admission but I got support from friends, my former classmates and loved ones.

“That was how ainother treatment which lasted six months started. When they started the chemotherapy, within three days he was already feeling better.”

ALSO SEE: How To Identify And Prevent Childhood Cancers

In a matter of months, Timothy’s life flipped upside down. He had a relapse. He began to have trouble breathing, he was stooling blood, his eyes bulged out. Olaonipekun recounted:

“So he had another chemotherapy at LUTH and he was to undergo radiotherapy, but the machine wasn’t working then. We were referred to the National Hospital, Abuja.

All the while, Mr. Olaonipekun depends on his income, friends, old school mates, NGOs like CLWCF, the Dorcas Cancer Foundation and the Children with Cancer Intervention Initiative.

“When we went for a test again, we were amazed. It was a miracle, the doctors said he was doing fine and we didn’t have to do the radiotherapy again,” Olaonipekun said.

According to a Consultant Paediatric Surgeon at the Lagos State University Teaching Hospital, Ikeja, Dr. Moruf Abdulsalam, a relapse can occur if some areas of cancer cells remain in the body after treatment, especially when there is no follow-up of chemotherapy and radiotherapy.

“A few cancer cells may fail to respond to treatment or undergo mutation (change in genetic material) or may escape from being targeted at treatment,”

On the cost of treatment, Abdusalam said for chemotherapy, “it depends on the agent and what you are treating. Some patients spend between N20,000 to N30,000 weekly and sometimes, they have to be on chemotherapy for 24 months.

“A session of radiotherapy costs around N500,000. To treat childhood cancer requires a lot of funds. Sometimes, we see some philanthropists come to their aid in the hospital and that’s how some of them get treatment.

“Most of the people coming down with these diseases are not enrolled in the NHIS because it is common among low and middle-income earners who are not subscribed to the scheme and I have not seen anyone on the scheme whose plan covers chemotherapy and radiotherapy. So, it’s still the out-of-pocket payment,”

Nwobbi said in her encounters with parents, they can hardly afford the treatment. She also talked about the psychological trauma they go through.

“In fact, many of them still don’t know that children can have cancer and one of the problems is that they bring in the children very late and by that time, there is nothing much one can do. So, they have to give the child palliative care until the child passes on,”

She added that the government lacks the political will to assist children with cancer and document cases of cancer among children in the country.

“When you can see the parents of these children, you will see the pains they go through. The thought that one’s child is ill is derailing, not to talk of cancer,”

She said she chose to help because of her love for children, and the joy she derives therefrom.

“We offer help to any child with cancer across the country. We are not God, we don’t know who can survive or not. For us, once there is a need or once we are called upon, we are there; but the government still needs to assist these people,”