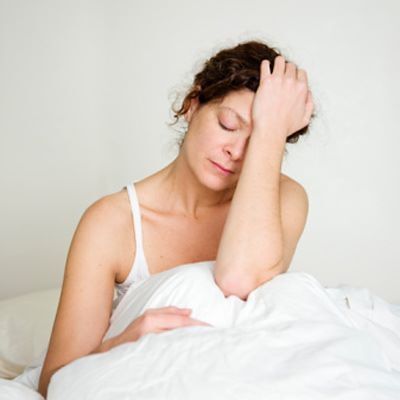 Being well aware of skin aging triggers is definitely getting you closer and closer to the perfect complexion, however, there exists a few unhealthy habits that might be holding you back from achieving the epitome of youthful skin.

Daniel Oyelami used to be worried anytime someone called him “daddy.” At the time he passed through the ‘ordeal,’ he was 24 and single, so he pondered why anyone would refer to him as a daddy anywhere he went.

To him, the word was rather annoying than pleasing as it made him wonder if he was ageing fast. He told PUNCH;

“I didn’t want to think I was ageing quickly. I believe most people don’t. So when people called me daddy, I was annoyed. If I was really old by age, maybe I wouldn’t have bothered. But being called daddy at stores, while boarding commercial vehicles and other places really bothered me. That was about 10 years ago.”

Willing to find out why he was being called daddy, Oyelami, who is now 34 and married with two kids, said he asked his close friends and family members to tell him about his looks. He shared further,

“I asked 10 people how I looked, and eight of them bluntly told me I looked old. Six of those who told me this were females, who were the probably the right people to ask that sort of question. Two were males. The two others who couldn’t find anything wrong with my looks were also males.

“Those who told me I looked old said I had wrinkles on my face, dry skin, and sunspots. I had to do something about it, so I consulted a beauty consultant among my female friends, who gave me some tips, as well as some beauty products to make me look younger.”

Since then, Oyelami said he had followed healthy skincare routine that had made him at least look his age.

According to a health expert and writer based in the United States, Dr Christopher Iliades, certain lifestyle choices can make people look and feel older than they are.

Also, a health expert and GQ magazine’s Stephen Praetorius, said to a great extent, certain bad habits could make ageing symptoms appear faster and make someone look twice older than they really were.

The experts highlighted some of the habits that could hasten the ageing process.  They are discussed below.

Soaking up too much sun

Being exposed to sun rays every day tends to do the most long-term harm, especially to people who forget or neglect to apply any sort of sun protector to their skin, leaving it susceptible to ultraviolet-induced damage and cancer.

In fact, scientists have estimated that 90 per cent of skin ageing by environmental factors is due to the effects of the sun.

“The sun causes proteins in the skin to deteriorate, leading to the loss of youthful appearance over time,”

a group of scientists wrote on qsun.co. They stated that UV radiation could cause the skin stem cells to die off, leading to thinning and wrinkling of the skin.

They also said UV radiation could activate enzymes called matrix metalloproteinases, or simply MMPs, which could break down collagen, the main structural protein found in the skin.

On the bright side, scientists said this type of skin ageing could be prevented by either avoiding too much sun exposure or using a broad-spectrum sunscreen.

Also, it is advisable to wear sunglasses and a wide-brimmed hat when staying under the sun for a long time.

Praetorius noted that there were studies showing that Vitamin D deficiencies, caused by not getting enough natural light exposure, could also lead to certain types of advanced-stage cancers.

According to Iliades, bearing grudges can quicken ageing. The expert said:

“Learning how to let go and forgive may add years to one’s life and make the years a lot more productive. You might even notice fewer wrinkles from frowning.

Similarly, he stated that nothing could make one feel or act older like stress.

“Studies show that letting go of stress can help you avoid cognitive impairment and keep your mind young. Try to identify your stressors and find ways to avoid them or to diffuse their effects through relaxation techniques such as meditation or exercise,”

Not getting enough sleep

You may think that as you get older, you don’t need as much sleep, but experts have said you still need seven or eight hours every night for sound health.

“Not getting enough sleep can keep you from functioning well during the day. It can also lead to weight gain, another drag on senior health.

If you are going to bed at a reasonable hour yet feel like you’re dragging during the day, talk to your doctor to rule out sleep disorders such as sleep apnea, which is common in seniors,”

Constant stress is also a factor that has been associated with fast ageing.

Praetorius said over the years, scientists discovered that stress, and the elevated cortisol levels that went along with it, could be tied to anything from heart disease and hypertension to decline in libido levels, erectile dysfunction, and so much more.

“So it’s not at all surprising that stress can mess with the skin, further decreasing collagen over time,”

Iliades said it was true that as one got older, one needed fewer calories.

“However, if you want to have a spring in your step and the glow of healthy ageing – rather than a drawn complexion with wrinkles – you need to get those calories from good, nutritious sources.

“A junk-food or meat-and-potatoes diet just won’t cut it. Experts say the best sources are lots of colourful fruits and vegetables. Also, be sure your diet includes fish with heart-healthy omega-3 fatty acids, as well as plenty of fibre from whole grains,”

Ignoring moisturiser or using wrong one

According to Praetorius, every person’s skin has its own specific needs. While some people have extremely oily skin; others have dry skin.

“Whichever way your face leans, if you’re not moisturising regularly, and with skin type-specific stuff, you’re doing yourself a disservice. Because the tools are out there. Not using them is just bad judgement,”

he wrote on gq.com.

Certainly, a good soap can be expensive, noted Praetorius. He said:

“But that dime-a-dozen drugstore stuff is only going to take its own toll in the long run, too, stripping the skin of the necessary natural oils and leaving behind a film of residue that will continue to mess with your skin as the day goes on.”

He advised people to always use soaps that “are at least half-decent,” adding that it’s good to always use an exfoliant to remove dead skin cells on the face.

Embarking on crash dieting just to quickly drop weight is not good for the skin and can speed up ageing, explained Iliades. He said,

“Quick fixes are tempting, but crash dieting is never a good idea. It’s not a long-term solution – in fact, it may be a long-term threat. Research shows that it can make you feel older by reducing your energy level, messing with your concentration, and making you depressed and irritable.

“Crash dieting can also cause wrinkles and sagging because ageing skin, which has less elasticity, doesn’t have time to adjust to the weight loss. Weight management is important for good health, but don’t try to lose more than one or two pounds a week.”

Iliades said smoking was not only bad for health but also for one’s looks. He explained that in addition to shortening one’s life by increasing the risk of heart and lung disease, smoking could activate enzymes that break down skin elasticity.

“Even if you’re a closet smoker, the fine wrinkles and pallor that cigarettes cause can give you away – just one more reason to snuff out those smokes,”

“According to the American Geriatrics Society, more than one drink a day for an older man and half of one for an older woman can be too much.

“Excessive alcohol consumption can cause cognitive decline and may contribute to falls. Alcohol can also interfere with some medications. Ask your doctor how much alcohol – if any – is safe for you.”

A Lagos-based skincare expert and fitness coach, Mrs Francisca Soga, said working out wouldn’t only keep one’s muscles tight, but also do the same for one’s skin. She said,

“Exercise has been known to keep the skin looking healthier for longer by improving blood flow to the outer layers, which in turn boosts oxygen levels and sweeps away harmful waste products.

“Regular physical activity is a healthy ageing essential for many reasons – from staving off heart disease to keeping stress at bay. Just 30 minutes of walking three times a week is good to slow down ageing and keep the muscles tight.”

Also, Olivia Tarantino of Eat This magazine said sitting a lot could put one’s health on the line. She quoted a 2016 analysis of one million men and women by Cambridge University researchers, who found out that sitting for at least eight hours a day could increase one’s risk of premature death by up to 60 per cent. She said,

“Heart disease and cancer were the top causes of death linked to an inactive lifestyle, but prolonged periods of sitting have also been connected to slow blood circulation, poor blood sugar regulation, and high cholesterol levels – which set the stage for age-related diseases.

“There is a silver lining: the authors also found that among those who sat for eight hours or more a day, the participants who also engaged in at least an hour’s worth of exercise – such as moderate walking – reduced their risk of mortality by nearly 40 per cent compared to those who didn’t move at all.”

Tarantino said coffee was good to boost productivity. But drinking the beverage at a late hour was not good for one’s looks. She said,

“Consuming too much caffeine late in the day – as in, after 3pm – can interfere with how long it takes to fall asleep, as well as with your sleep quality and total sleep time, according to a review in Sleep Medicine Reviews.”

“What does that mean for ageing? You will be cutting into this rejuvenation time, which is essential for memory retention, stable moods, and proper attention,”