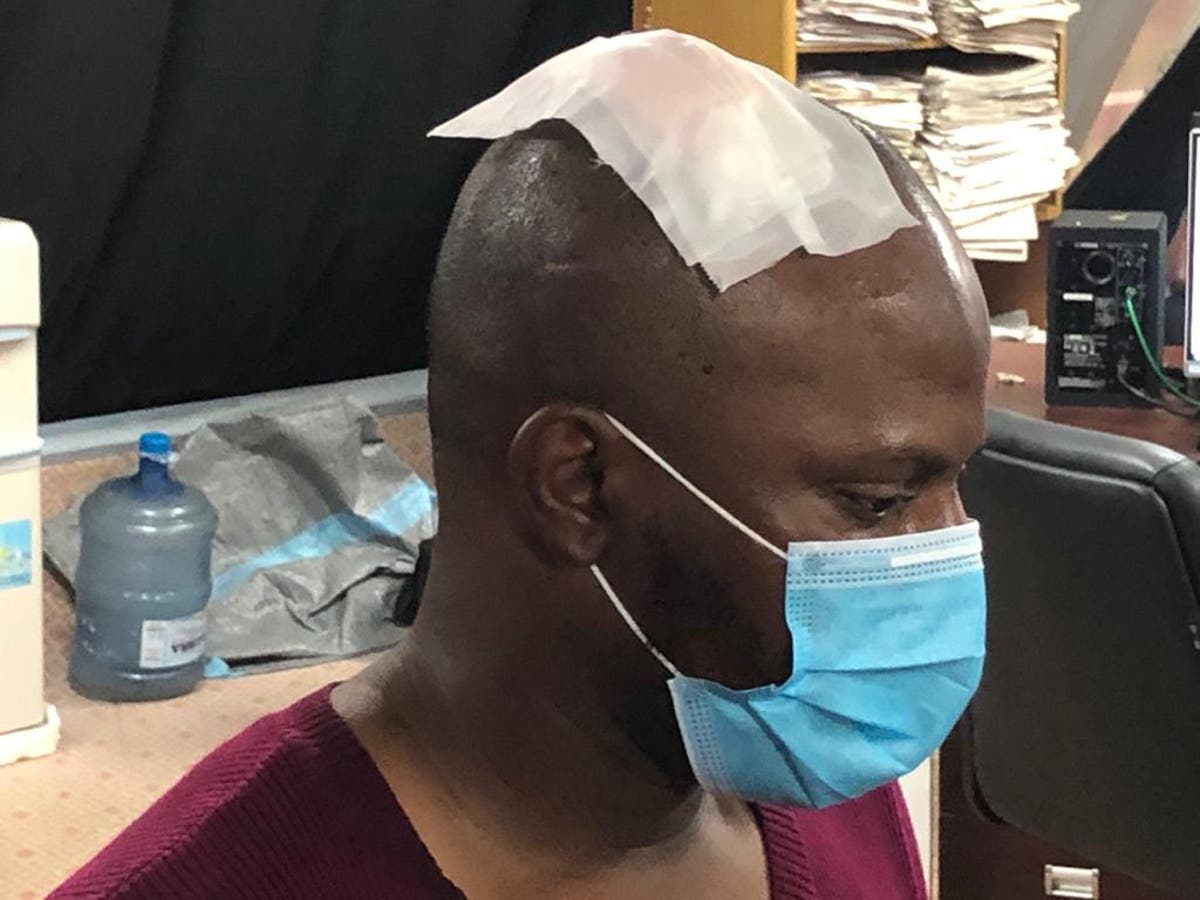 Following the ongoing #EndSARS protests across the country against extrajudicial killings, extortion, and torture, especially of young people by the disbanded Special Anti-Robbery Squad, SARS, there have been cases of casualties ranging from gunshots to stab wounds and fractures among the protesters.

Medical experts, however expressed the need for protesters to have access to medical services in case of emergencies.

Speaking with PUNCH HealthWise, Managing Director of the organisation, Dr. Stephen Akeremale, said his team was at the protest venue to provide voluntary medical services to protesters.

“We are here to render paramedics and first aid services to protesters who may need help.

“In case there is an emergency, we can quickly render our help and if there is a need to take anyone to the nearest hospital, then we can do that,”

“We had two casualties on Sunday. One of them fell into a gutter and the other person got injured as a result of a fight.

“So, we had to give them first aid, paramedic attention, pain killers and we are also available at other protest centres in the state to help.”

On how bystanders or protesters can help a victim of gunshot during a protest, the Head of Surgical Emergency at the Lagos State University Teaching Hospital, Ikeja, Dr. Segun Idowu, said performing cardiopulmonary resuscitation on a gunshot victim is not the best option.

“The best thing to do to anyone who sustains an injury during the #ENDSARS protest is for the person to be taken to the hospital, while bystanders can assist to provide first aid services immediately to minimise the injury and future disability,”

Idowu, who is an Orthopaedic Surgeon, said if it is a stab wound, bystanders who want to assist should not remove the knife, bottle, or arrow.

“It’s better to leave the object there and the patient should be taken to the hospital like that, immediately.

“If somebody is losing blood and you don’t have a means of replacing the blood, cardiopulmonary resuscitation will not work.

“Another thing they can do is that if the gunshot is on the limb and there is obvious bleeding, they can tie the place proximally to reduce bleeding, while they move the person to the hospital because it is better to save a life than to be rushing to save the limb.

“So, if you get the patient to the hospital and there is a need to do an amputation, at least the patient will be alive,”

Idowu, however, said if the injury is on the head or in the abdomen, there is little the bystanders or fellow protesters can do. He said further:

“But, if you have gunshot to the limb and there is profuse bleeding, tying something proximally can help to stop the bleeding while they move the patient to the hospital.

“Also, giving fluid alone can sustain the person for a while, and stopping the bleeding by putting pressure dressing may help while they transport the patient to where there are surgeons.”

Idowu added that if anyone is stabbed with an object such as broken bottle, knife, or an arrow, it should not be removed.

“The arrow, knife, or bottle is meant to be removed in the hospital. Usually, bottles will fall off, but if it’s inside, they should not remove it.

“When they bring such patient to the hospital, we take them to the theatre, we don’t just pull the object out, especially when it’s close to the abdomen,”

Also, an Orthopaedic Surgeon at the National Orthopaedic Hospital, Igbobi, Lagos, Dr. Uyilawa Okhuaihesuyi, said one has to use the resuscitation technique and Advanced Trauma Life Support for victims of #ENDSARS protest.

Okhuaihesuyi, however, said it’s not just anyone who can carry out these procedures and that it is essential to take the patient to the hospital.

Another Strain Of COVID-19 Discovered In Nigeria

Explaining, Okhuaihesuyi said for a gunshot victim, there is a need to put a clean covering on the spot of the injury to reduce the bleeding.

“If the injury is on the limb, you need to split the limb. Splitting the limb is whether you put a wooden part or use the other limb to tie it together and put a compress on the other part to prevent abnormal movement, reduce the pain and prevent damage to other parts of the body.

“Assuming it’s the thigh, you need to put the thigh together and use a clean clothing material to tie it together or use wood to split that part to prevent abnormal movement within that part where the person sustains the gunshot.

“The next thing to be done is to evacuate the patient from the scene of the protest to the hospital and you have to follow the ATLS at the hospital,”

Okhuaihesuyi said. Adding, he noted that the airways of the patient are checked to know if the patient is breathing.

“We also check the cardiovascular system to know that the patient will not go into shock, which is one of the complications that you get from a gunshot injury.

“You may also need to get blood because most times, such patients bleed. If it’s in the abdomen, the person might go through an exploratory laparotomy and you need to check the ball that was involved and if other vital sides are damaged.

“Then, you need to take the patient for emergency treatment,”

Okhuaihesuyi, who is also the President of the National Association of Resident Doctors, advised protesters to always wear face masks, maintain physical distancing, and avoid violence.