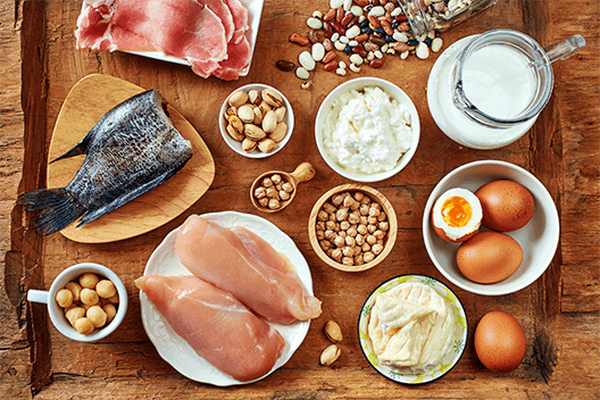 A professor of Agricultural Economics at the Osun State University, Adetunji Lawrence, has advised Nigerians to consciously improve their intake of protein in their diets, warning that there are growing incidences of protein deficiency in many Nigerian households.

Lawrence, in a statement last Sunday, noted that the significance of protein was often understated, whereas they offer tremendous benefits to the body.

He said protein-rich foods were essential for growth, repairs, and replacement of worn-out cells in the body.

“The recommended dietary allowance is 0.8 g/kg per body weight per day, which adequately meets the protein requirements of most individuals.

Unfortunately, many Nigerians do not eat up to this amount, which accounts for the rising incidences of protein deficiency in many households.”

“Human body needs to consume sufficient amounts of protein daily; the protein consumption must be adequate in both the quantity and quality of its amino acids.

Proteins perform regulatory and catalytic functions in the body, as well as provide energy for biological metabolism.

Proteins provide amino acids and bio-fuel for organs to function at optimal levels,”

The university don listed food sources such as meat, dairy, soybeans, cowpea, and eggs as good sources of proteins but remarked that many of these foods are left out of meals due to availability and affordability.

“The Nigerian Protein Deficiency Report (2019) revealed that 51 per cent of Nigerian respondents do not have adequate protein-rich foods, due to high costs.

The report also confirmed that the driving force for foods consumed is availability (91 per cent) and affordability (68 per cent).

“The most crucial determinant of protein consumption adequacy in terms of quantity and quality is the socio-economic class of the population.

Protein-rich foods are usually expensive and not all households have the purchasing power to acquire them.”